Brian Caldwell has said clubs will find it increasingly difficult to run their businesses as the impact of the coronavirus takes effect. 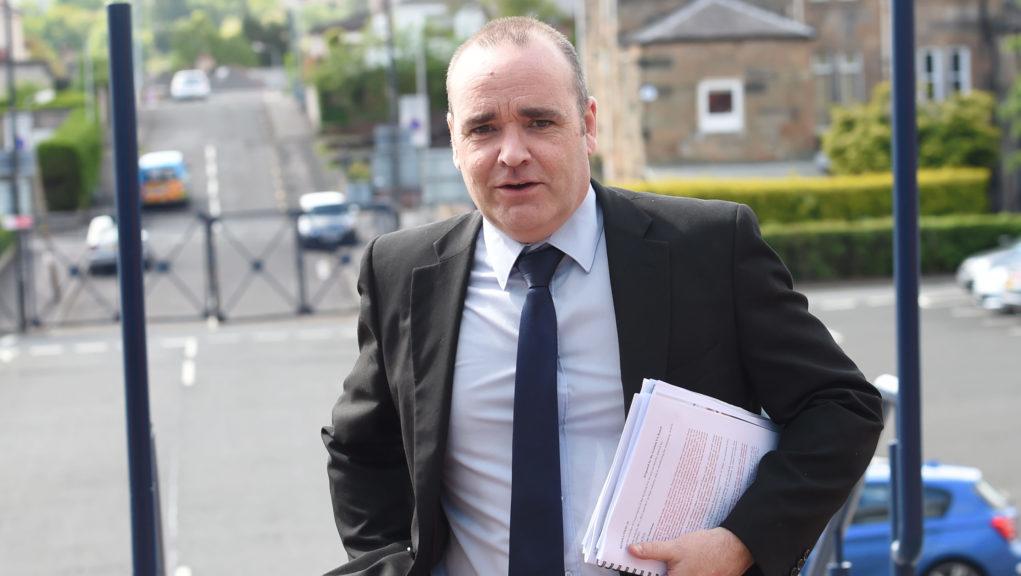 Former St Mirren chief executive Brian Caldwell has said football clubs will find it increasingly difficult to run their businesses as the impact of the coronavirus takes effect.

Leagues are shutdown across the country with no end date in sight and Caldwell, now chief executive at Shrewsbury Town, says the nature of the crisis means almost all income streams have been cut off, with serious implications.

“Like every industry, everybody is struggling to get through this. A lot of football clubs live hand to mouth, and it’s proven very difficult with little or no income stream coming in.

“Us at Shrewsbury, we’ve been affected badly, not just with the football side, the lack of ticket income, hospitality and everything that goes with matchdays,  but conferencing and events, which a lot of football clubs rely on as 365 day income, which we obviously have lost as well because they’ve all cancelled. “

The millions of pounds that flow into the English Premier League help insulate top clubs to some extent but Caldwell said in the English Football League the picture is similar to Scotland, though there are some contrasts.

While the Scottish FA has advanced £1.5m to member clubs, the EFL has announced it will pay out £50m as their short-term relief fund. However, the Shrewsbury boss says that isn’t enough to stave off difficult decisions for some.

“The £50m is spread between all three leagues,” he said. “In the EFL, we’re in League 1 and we’re getting around £250,000 per club, Championship is around £580,000. That’s the basic award money we would get paid over April, May and June, which is paid monthly by the EFL, so we’re getting an advance on that and that should be in our bank today.

“£250,000 is money that we would have got anyway but getting it up front is obviously a help because clubs are struggling.

“I think there are number of clubs down here as well who are struggling. There are some who haven’t paid wages so far this season, so having no income stream they are going to struggle.”

Caldwell has been monitoring news in Scotland and noted a key difference between the leagues. Hearts have asked players and staff to take a 50% pay cut or discuss contract termination and he says that while that is a serious measure, it isn’t one that applies in England.

He added: “I saw there was some funds released to clubs in Scotland, I think you’re looking at around £50,000 which isn’t a huge amount of money

“It’s a very difficult situation for all clubs. You see the Hearts news and that is devastating for a lot of people. Staff that work at the club and obviously the players as well. Everyone has costs in relation to what their income is so to ask for that to be cut by 50% it’s a difficult one.

“There is a clause in the SPFL contracts to allow them [Hearts] to do that to players and to terminate their contracts. That clause isn’t available in the EFL so that’s a slight contrast as well.”

Caldwell’s own club may not be the hardest hit, Caldwell said, but the Shrews will have to use cash reserves to keep the business as close to normal as possible.

“We’re in a fortunate position and an unusual one in English football in that we have a healthy reserve, which obviously we don’t want to dip into, but for times like this we probably have to,” he explained.

“We can sustain the loss over a number of months because we’ve built up a healthy reserve over recent years, but we are very unusual.  A lot of clubs, as I said, live hand to mouth so they rely on the monies coming in.

“A League 2 club phoned me last Friday and said their gate money from the Saturday game was to pay some of the players that hadn’t been paid, so I think there will be a lot of clubs struggling to get through this.”

Woman who went missing 11 days ago found ‘safe and well’

Pedestrian left injured after being knocked down by lorry

Meerkats set to start the new decade in a new den