Scotland will edge one step closer to Qatar 2022 if they beat Moldova on Friday night. 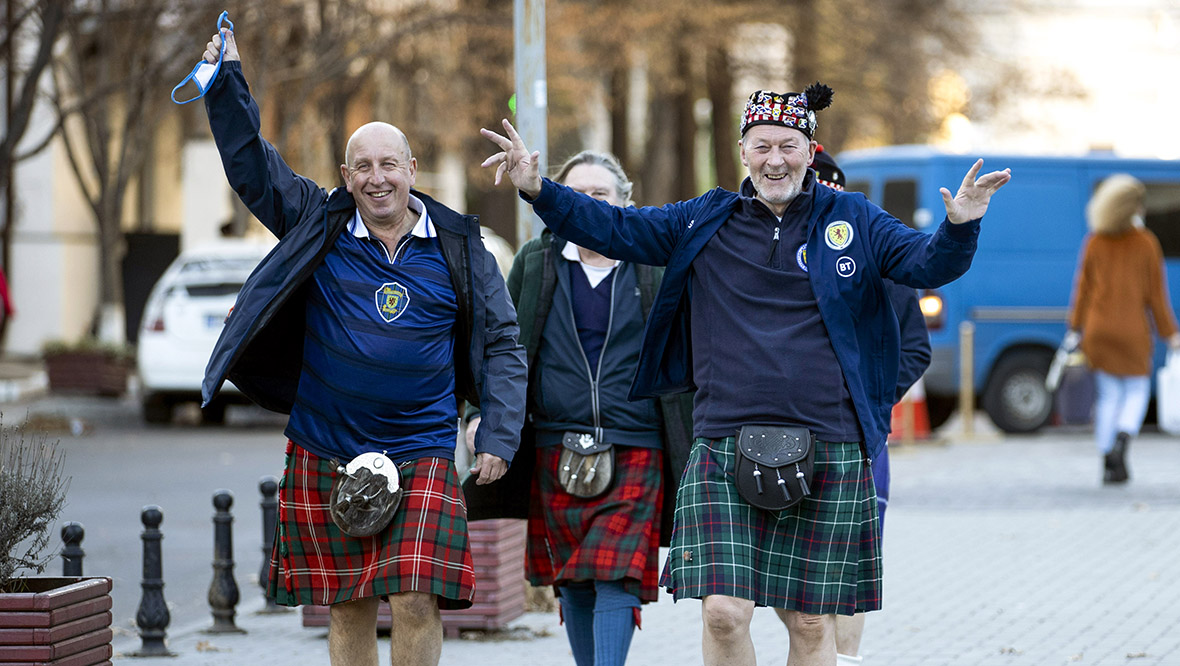 The Tartan Army are braced for another night of high emotion as Scotland seek to secure a World Cup play-off spot by defeating Moldova in Chisinau.

Exactly a year to the day since David Marshall’s penalty save in Serbia ended a long 23-year wait to qualify for a major tournament, Steve Clarke is looking to take a huge step toward reaching Qatar 2022.

Scotland will secure second place in a qualifying group for the first time since Euro 2004 if they get three points in Moldova.

Even if Scotland fail to win, they can still reach the play-offs on Friday. A draw would suffice if Israel don’t win their evening match against Austria in Klagenfurt.

But if Israel win and Scotland don’t, Clarke’s side will more than likely need to take something against Denmark in Glasgow on Monday.

Scotland’s management, players and fans will be keen to ensure that second spot is secured before the arrival of Kasper Hjulmand’s side, who have yet to concede a goal in the group.

The Denmark game won’t be entirely pressure-free even if second spot is clinched on Friday – a good result against the Danes will improve Scotland’s chances of being seeded in the play-off draw and receiving a more favourable semi-final tie.

McTominay and Dykes miss out

Scott McTominay will miss the match through illness, forwards Lyndon Dykes and Ryan Christie are suspended, while centre-back Grant Hanley and winger Ryan Fraser withdrew from the squad.

McTominay could still face Denmark on Monday, although Scotland will hope they have secured the three points they need to be guaranteed a play-off place by the time of that Hampden clash.

Clarke called up John Souttar on Sunday and the Hearts defender now has a real chance of starting, while Stoke forward Jacob Brown could win his first cap in Moldova.

With Kieran Tierney confirmed as 100 per cent fit following an ankle problem, Clarke’s other options in a likely back three are Jack Hendry, Souttar and Liam Cooper.

Che Adams is almost certain to start upfront with Kevin Nisbet also vying for a place, and the likes of John McGinn, Stuart Armstrong and David Turnbull could be utilised in an advanced midfield role.

A penalty shootout victory in Glasgow was followed by play-off final success in Belgrade, also on penalties, as Clarke guided Scotland to the delayed Euro 2020.

In terms of reaching the play-offs through traditional qualifying, you would have to go back to October 11, 2003 when a Darren Fletcher goal in a 1-0 home win against Lithuania ensured second spot in our Euro 2004 group.

Scotland defeated the Netherlands 1-0 at Hampden in the first-leg of the play-off, thanks to a brilliant James McFadden goal, but lost 6-0 in Amsterdam in the return leg.

Steve Clarke says he’s happy with his squad for the upcoming qualifiers despite a number of suspensions and call-offs.

He said: “I looked at the squad and obviously you can think about calling someone up, but we have good cover at centre-back and good cover in midfield.

“Yes it’s disappointing to lose Scott [McTominay], but it’s going to be a big chance for someone else to play in the team.”

Asked whether Jacob Brown was ready after his first few days of training, the Scotland boss said: “Anybody that I have picked for this squad is a player that can contribute. Anybody in this squad can contribute whether it’s from the start or off the bench.