Scotland boss says his side need to be more clinical if they're to progress at Euro 2020. 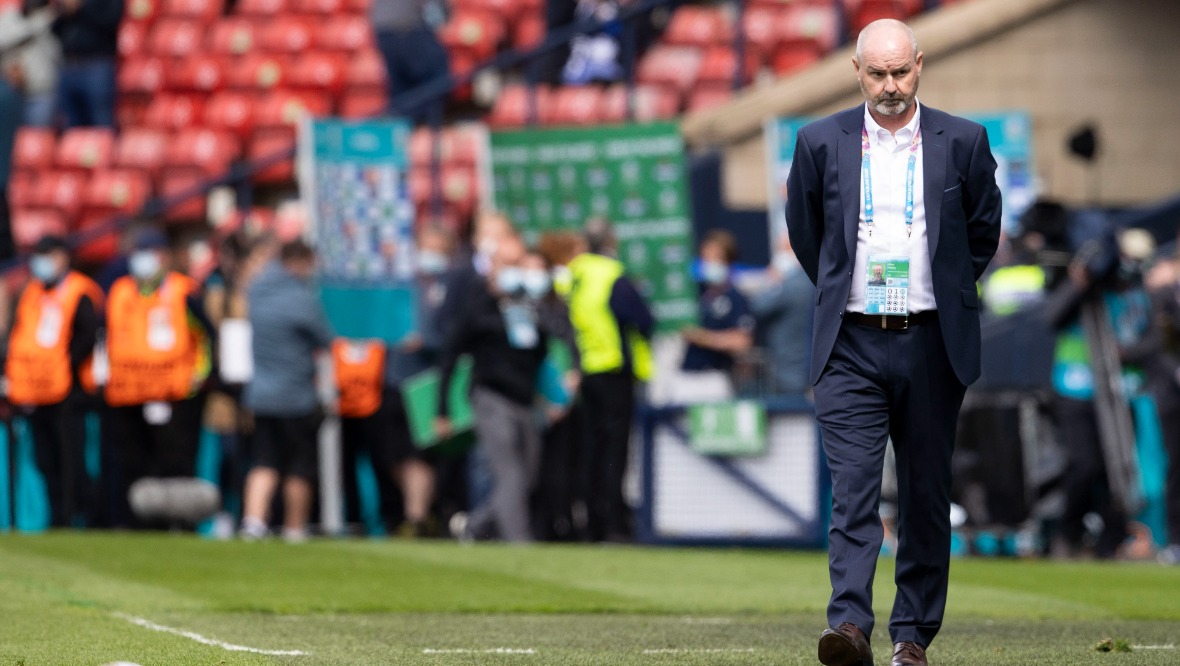 Steve Clarke called on Scotland to be more clinical after a string of missed chances against Czech Republic at Hampden.

Patrik Schik goals either side of half-time – including a 50-yard lob over David Marshall – succumbed the Scots to a 2-0 defeat in their Euro 2020 opener.

Clarke said his squad would take it “on the chin” and dust themselves down before travelling south to take on England at Wembley.

He said: “You’ve got to get the breaks in a football match, they got the goal just before half-time, it’s one we will need to look at and maybe do a bit better on.

“It came from a set-play and it’s always disappointing to lose second phase off a set-play. It’s a good header from them and a good ball in, but from there it gave us an uphill struggle.

“We started the second-half so-so, we had a big chance when Jack Hendry hits the bar but then the boy scores and you have to give the striker credit for a wonderful finish.

Clarke was heartened by the number of opportunities Scotland created, even if their finishing let them down.

He said: “We had opportunities so there are positives we can take from that against a very good team, and a good defensive team as well.

“We managed to create enough chances to take something from the game, but we didn’t do that, so we go away now, we will lick our wounds and go again.

“I think both teams probably bypassed the midfield a little bit, especially first-half. I thought the second-half was better and we played better through the middle and that is something that we will work on.”

Scotland were missing defender Kieran Tierney through injury, but Clarke is hopeful the Arsenal star will be fit to take on England.

He said: “We had done a lot of preparation with Kieran in the team, but a couple of days ago he picked up a little niggle that put him out of this game.

“Hopefully he will be good for Friday.

“We had to change one personnel but I don’t think that was the cause of the defeat.”