Scottish football is set for VAR - so how will it work?

SPFL clubs will vote next week on introducing the technology in the Premiership later this year. 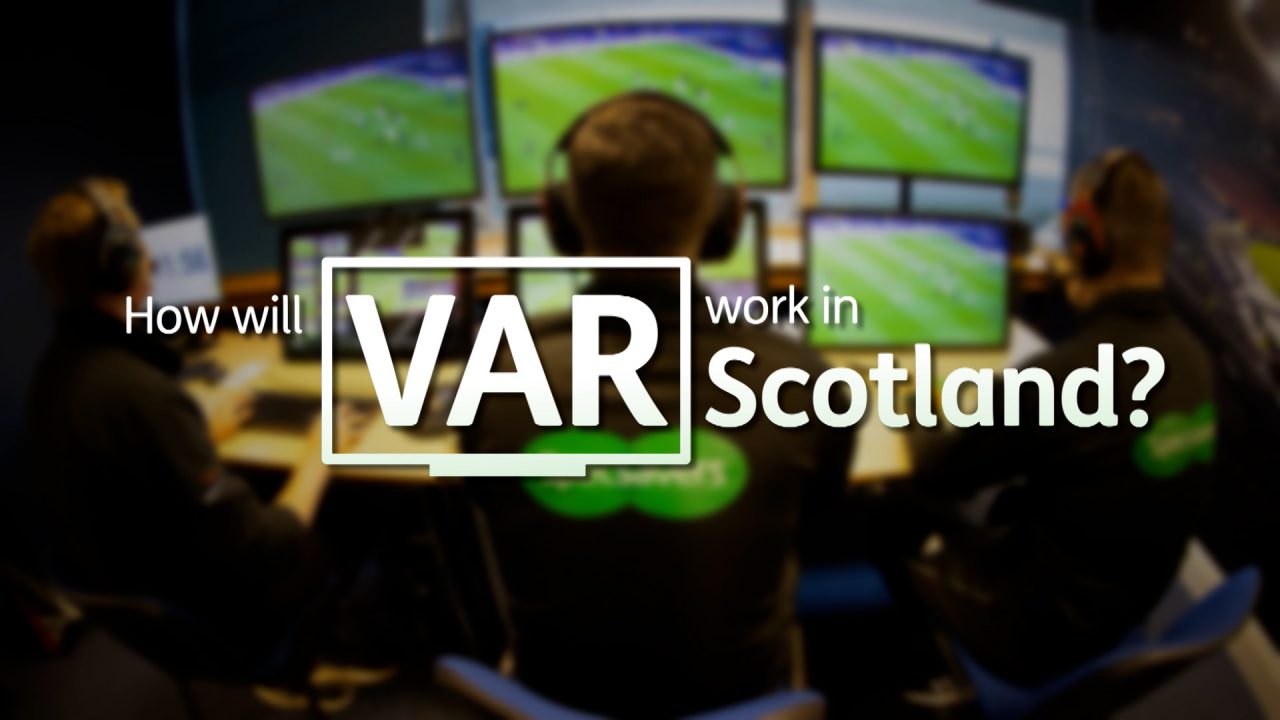 Scottish football clubs are set to decide next week whether to introduce Video Assistant Referees – or VAR.

All 42 clubs in the Scottish Professional Football League (SPFL) will vote on Tuesday, and if they give the go-ahead, the technology could start being used in the Premiership after the 2022 World Cup.

It’s already used in many leagues around the world and in European and international competition.

How will it work?

Current or recently retired category one referees will monitor games from various camera angles and alert the on-field referee if they believe a serious incident has been missed or an obvious error has been made.

The referee can then view the incident on a pitchside monitor and decide whether to overturn the original decision.

When can VAR intervene?

What do referees think?

John Beaton, one of Scotland’s top referees, told STV News that officials would welcome the helping hand of technology.

“I think in terms of just knowing the big decisions are correct [it’s important],” he said.

“If you make a decision during a match, it can sometimes play on your mind whether you’ve got it right or not.

“Certainly, in terms of management of the players, they will have a perception that it’s right or wrong.

A VAR training centre has been in operation at Hampden Park for the past four months.

Scotland’s head of referees Crawford Allan told STV News its introduction was essential to drive up standards and improve the game.

Allan believes the nation will be left behind if VAR isn’t brought in soon.

“If you look at the appointments internationally, in the Champions League and Europa League, a lot are going to Polish referees, Dutch and Portuguese,” he said.

“They are countries that use VAR week in, week out.

“By getting our referees to operate at that top table, it’s a bit like the players; if they’re international and getting the experience, they’re bringing it back to Scotland. We’re no different.”

Are the clubs in favour?

Premiership clubs seem to be generally supportive of VAR.

In recent times, the managers of Hibs, Hearts, Motherwell and Livingston have all bemoaned the lack of technology after being on the wrong side of decisions.

Celtic boss Ange Postecoglou said it would help protect players from “reckless” tackles, while Rangers counterpart Giovanni van Bronckhorst believes VAR would have ensured his side beat Motherwell in February (they drew 2-2).

Scotland’s national teams have had mixed fortunes with VAR officials.

The women’s team saw their World Cup hopes dashed in 2019 when an injury-time penalty saved by Lee Alexander against Argentina was ordered to be retaken.

Alexander was no more than a few centimetres off her line when she stopped the initial spot-kick, only for it to be converted at the second attempt, sending the Scots home.

The men’s team have, however, welcomed VAR’s rulings, especially when David Marshall was found to not have strayed from his line in Serbia as he sent Scotland to Euro 2020.

VAR also boosted their hopes of reaching this year’s World Cup by giving a penalty in Vienna, dispatched by Lyndon Dykes for a crucial 1-0 win over Austria, and overturning an on-field call to disallow Dykes’ vital equaliser against Israel at Hampden.