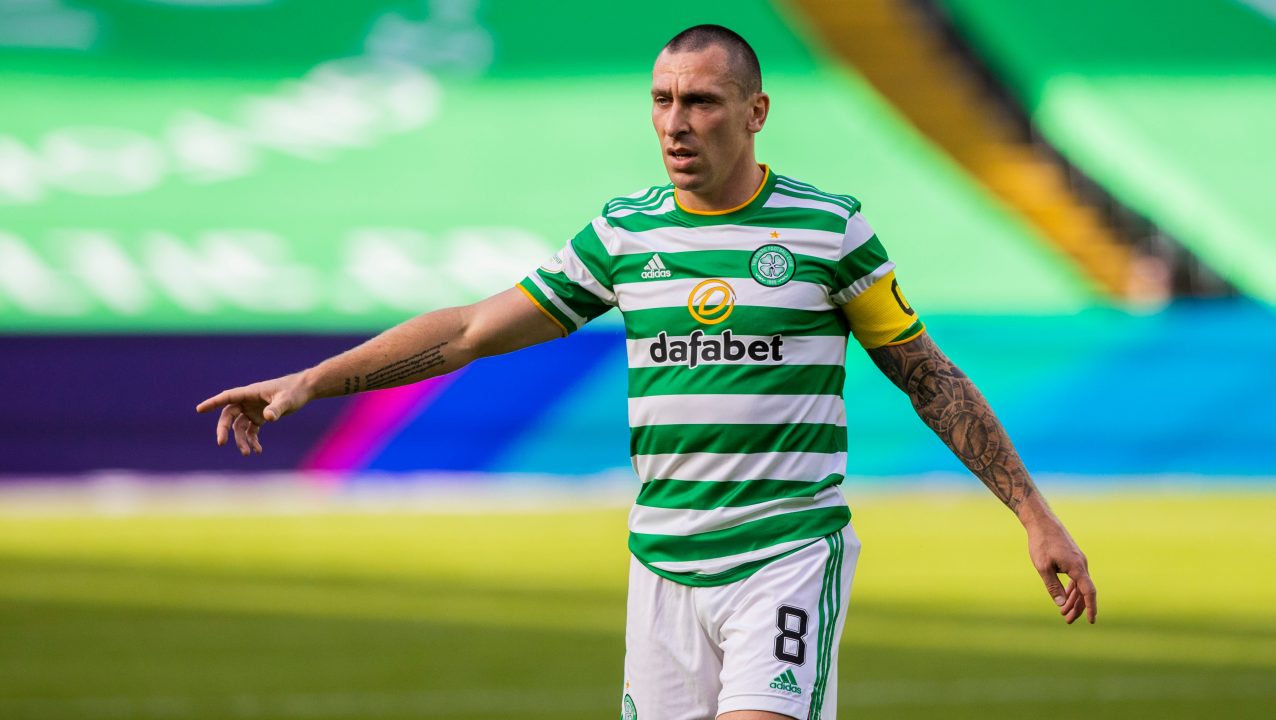 Scott Brown returned from self-isolation to claim Celtic are still “a fantastic team” whose title hopes are not over.

The Parkhead club captain was one of 13 players deemed close contacts of injured defender Christopher Jullien, who tested positive for Covid-19 following the club’s controversial trip to Dubai.

Ahead of the trip to Livingston on Wednesday night, Brown would not be drawn on the furore which surrounded the mid-season training camp and was revived by Lennon on Monday when he hit out at the critics of the trip while questioning, among other things, Covid-19 protocols.

The veteran midfielder said: “I am not here to get involved with protocols and stuff, I am here to talk about the game.”

Asked about the drop in standards from recent seasons, in which Celtic won an unprecedented quadruple domestic treble, the 35-year-old said: “I don’t think I can put my finger on it but we haven’t performed as well as we possibly could have.

“It has all been the same training, pretty much the same players as well, we have just not done as well as we possibly could have, as I said. But we are still there, we are still working extremely hard every day, whether it is at Lennoxtown or wherever we are and that’s what we do.

“We still believe that we are a fantastic team but we need to make sure we keep showing it in games.

“We are obviously not in the best position but we have got three games in hand, we need to make sure we win these games.

“We need to hit top form now and keep believing as well because we always have got the faith and that positivity.

“We know that we can keep winning games and that’s what we have to do to try and put the pressure on our rivals.”

Asked if a 10th successive title was still achievable, he said: “I don’t see why not. We believe it is but we need to make sure we win every game and it starts tomorrow.”

Brown did admit that watching draws against Hibs and Livi while in isolation was tough.

He said: “Isolation was hard to be fair, seeing the lads playing and not everyone being able to help them out.

“But it’s what we had to do and we managed to do that, come back in. We have had a good couple of days training and now we are getting ready for the game against Livingston on Wednesday.”

Brown’s place in the midfield is no longer guaranteed, however, with 22-year-old Ivorian Ismaila Soro staking his claim in recent months.

The former Hibernian player said: “It is fine. Soro has done fantastic and he is a great lad.

“I have played 60 games for the last 14/15 seasons at this club and I have enjoyed every single moment of it.

“Soro has been fantastic, he has bid his time really well and since he came in he has taken his chance.

“For me it is about trying to help Soro out as much as I can because he is still young, he is extremely keen, he is quick over the ground, and I am not as quick any more to be perfectly honest.

“This football club is not about me, it is about putting the best team on the park whether it is Livingston at home or Rangers away, we need to concentrate on that and not worry about whether I am playing week in, week out.”