Scotland will try to beat Croatia at Hampden on Tuesday night to stay in Euro 2020. 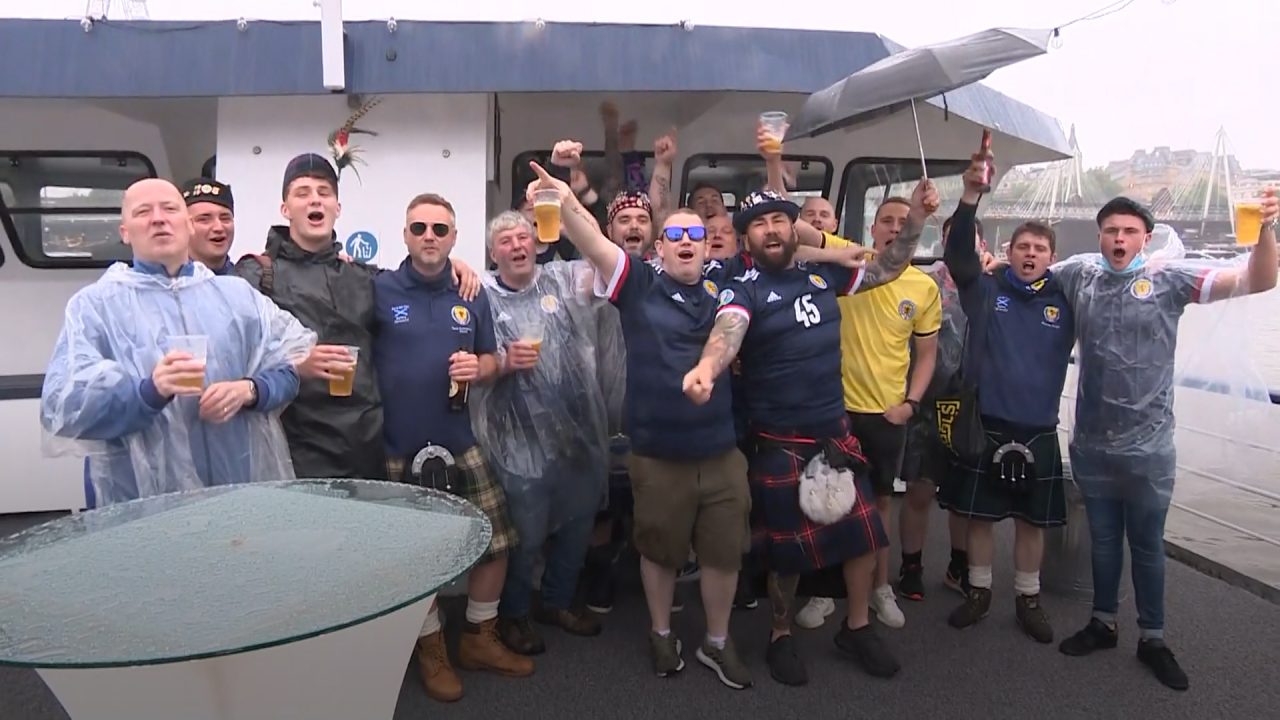 The Tartan Army are warming up the vocal cords, ready to belt out and boogie to some of the catchiest football chants in the world.

This year, we’re spoilt for choice with the likes of Super John McGinn and Yes Sir I can Boogie echoing around Hampden, pubs, the fan zone and homes on repeat, but there are also classics that are guaranteed to get everyone on their feet.

Comedian Chris Forbes, a proud member of the Tartan Army, told STV News: “We have ‘We’ll be Coming Down the Road’ which is a wonderful song cause there’s hardly any words and it just goes round and round and it’s easy to remember when you’re drunk!

“The number one song that we sing, that we love, is Doe a Deer, which makes no sense at all! We don’t sing it like they do in the Sound of Music.

Scots vocal coach Yvie Burnett has worked with everyone from Sam Smith to Nicole Scherzinger and she believes Scotland fans have the best voices in the world – and she should know!

“Scottish people have got the best voices.

“Our accents make our singing bright and in tune and resonant.

“There’s a lovely hope to the Scotland fans and I think that adds to the singing.”

Let’s hope that singing, chanting and passion from everyone watching tonight, spurs Scotland on to victory.