Rangers beat RB Leipzig 3-1 at Ibrox to secure a final against Eintracht Frankfurt on May 18. 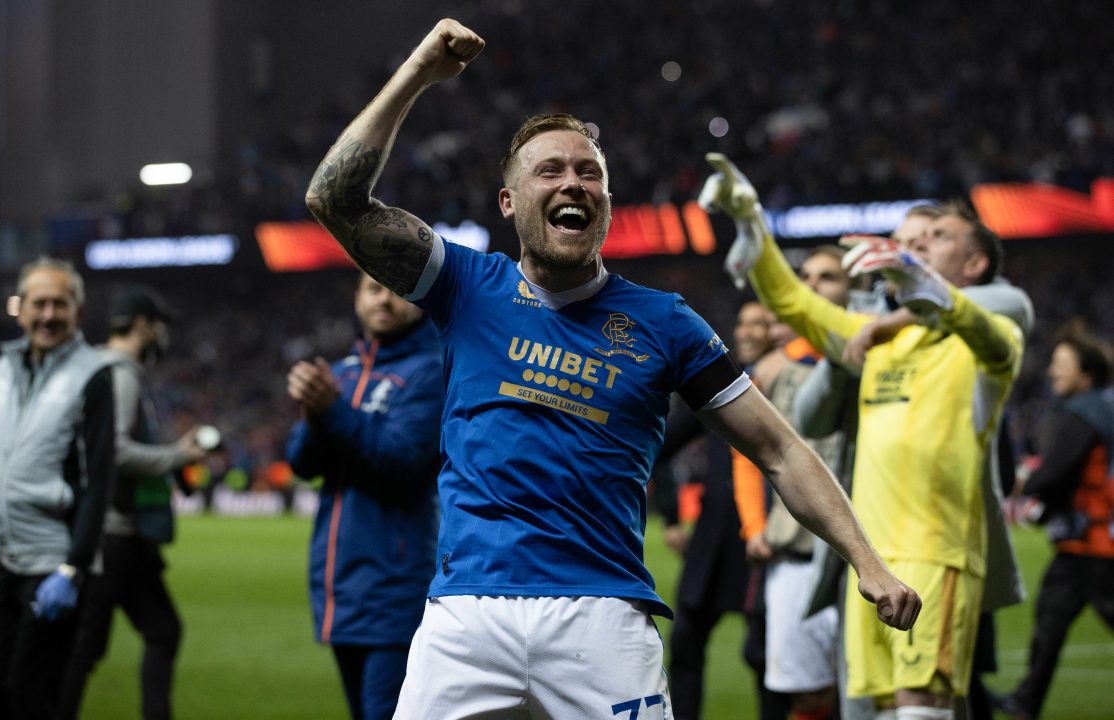 It was quite a night at Ibrox, as Rangers beat RB Leipzig to reach the Europa League final.

For many supporters the morning after, much of it may be a blur, so here’s your step-by-step guide to how the evening unfolded.

18 minutes: Ibrox erupts as Rangers break down the left, Ryan Kent fires a low ball across goal and James Tavernier strikes at the back post. 1-0 Rangers.

24 minutes: Rangers take command of the tie as Joe Aribo picks out Scott Wright in the box. He calmly steers the ball into the path of Glen Kamara, who fires home. 2-0.

69 minutes: Allan McGregor is called into action to save smartly after as Konrad Laimer races through on goal.

80 minutes: Just when it seemed Ibrox couldn’t get any louder, Kent crosses from the left, Leipzig scramble to clear and John Lundstram pounces, hitting a first-time shot past Peter Gulacsi.

93 minutes: The whistle goes and Rangers are in a European final – their first since 2008.

What did the manager say?

Giovanni van Bronckhorst promised his squad would give everything to lift the trophy.

“It’s been an amazing night and we said before the game we were going to do everything possible to make sure we’re in the final,” he said.

“The players, together with the crowd, were fantastic. We made it an atmosphere we needed to overcome this opponent.”

He dedicated the victory to kitman Jimmy Bell, who died suddenly on Sunday after 30 years working for the club.

Greig Robertson: “That team took all the emotion from losing Jimmy Bell into that performance and he would have been the proudest man in the room.”

Billy Thomson: “Absolutely unbelievable achievement! The games Rangers have played in Europe this season have been absolutely top class. What an acknowledgement for Jimmy Bell.”

Mark Wilson: “John Lundstram is the best on earth.”

C90James: “For most of my young teenage years, I watched Rangers play from the third division up. After the ups and downs watching my club, I never in a million years would’ve thought that we would be in a European final 10 years later. No one will take this away from me, I LOVE YOU GLASGOW RANGERS.”

Read more on the celebrations here.

Road to the final

Here’s the path Rangers have negotiated to Seville.

The final. A one-off match in Seville, kicking off at 8pm on Wednesday, May 18. Expect tens of thousands of fans to take planes, trains and automobiles to the Spanish city.

When they get there, Rangers will take on Eintracht Frankfurt, who despite sitting 11th in the German league have proved their credentials on the European stage.

They knocked out Barcelona, racing to a 3-0 lead in the Nou Camp, and West Ham United on their route to the showpiece.

Like Rangers, they boast a fanatical support and will also take huge numbers to Spain.

And if Rangers win?

Well, the rewards are plentiful.

Winning the Europa League secures a place in the lucrative Champions League group stages next season.

It also means a European Super Cup date with either Liverpool or Real Madrid in Helsinki on August 10.