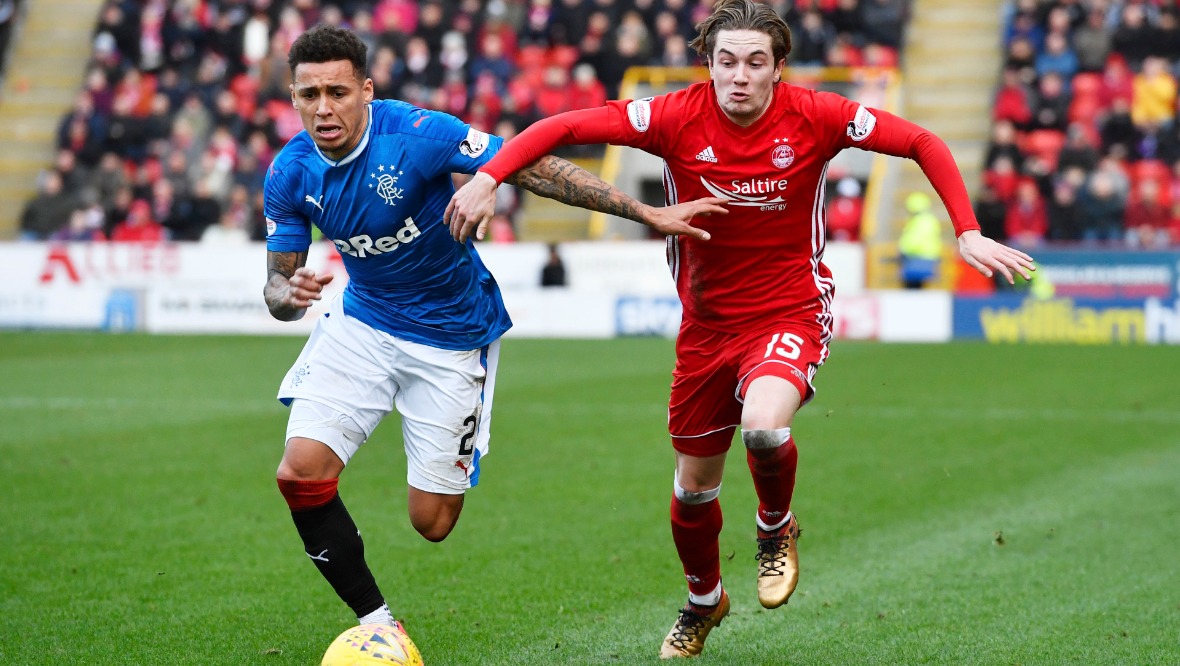 Aberdeen boss Derek McInnes has confirmed that Rangers are interested in Scott Wright.

The 23-year-old Dons attacker is out of contract at the end of the season.

McInnes spoke to Gers manager Steven Gerrard in the wake of the Light Blues’ 2-1 Scottish Premiership win at Pittodrie on Sunday.

As he prepared for the trip to Livingston on Wednesday night, McInnes admitted he had reconciled himself with losing the services of the player who came through the club’s youth system and revealed the Ibrox club were in the running.

He said: “There has been a conversation at boardroom level.

“I spoke to Steven (on Monday), he called me to say he that they would have an interest in Scott on a pre-contract and wanted to do things properly.

“That is not always the case when it gets to players running out of contract. We appreciate that Rangers came tough the front door and did things properly.

“I resigned myself that Scott was leaving anyway. We made our first offer to Scott in the first week in October and we have never had any encouragement from Scott or his agent.

“They never really gave us a chance of a counter offer so I have resigned myself over the last few months that the likelihood is he was leaving at the end of the season and nothing has really changed on that.

“I think there is more than one club interested, but nonetheless Rangers have illustrated that they have an interest in Scott and they could do a pre-contract with Scott, really any time.”

Wright made his first start in two months on Sunday after recovering from hernia surgery, but he has been a major influence for the Dons after missing most of last season with a knee injury.

McInnes said: “We don’t want to lose Scott, he is a key member of the team and has been this season. So we are disappointed we are losing him come the end of the season.

“If we receive a good offer, from Rangers or whoever it is up to the board to weigh that up, to see, like any of our players, if it is an opportunity for Scott to move on before the end of the season.”