Rangers in Seville: 'Fans weren't treated with respect and dignity'

Supporters were left 'severely distressed' at a lack of drinking water as temperatures soared. 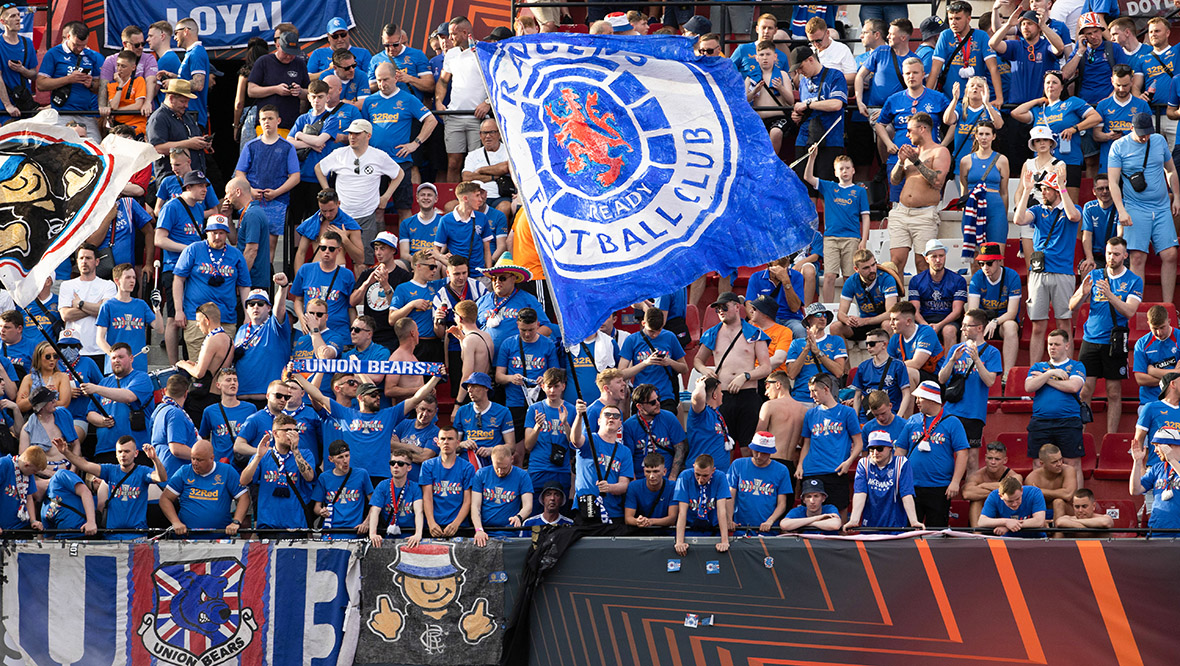 Rangers have said that their fans were not treated with dignity during the Europa League final in Seville and that it was only thanks to supporters remaining calm that severe injuries were avoided.

The Ibrox club made the claim in a joint statement with opponents Eintracht Frankfurt and Football Supporters Europe (FSE) after hearing complaints from fans about inadequate facilities and a severe shortage of drinking water inside the Ramon Sanchez Pizjuan Stadium.

Recommendations will now be made to organisers UEFA as well as the local authorities in Seville.

Tens of thousands of supporters had travelled to the Spanish city in the hopes of seeing their club lift a European trophy for the first time since 1972.

Though the club was praised for the conduct of their fans during days of festivities leading up to the game, issues around the organisation of the match itself caused “severe distress”.

Complaints were made about the handling of fans and security checks to enter the stadium, though the most serious concerns came around the lack of drinking water, that reportedly left some drinking from taps in the toilets to avoid dehydration in the 30C heat.

“These issues could easily have led to even more severe problems on the night and it was only thanks to the calmness and mutual respect of both sets of fans towards each other that there were not more severe injuries suffered. All three parties applauded the remarkable calmness of the two fan bases, given the situation they faced.

“Apart from the severe lack of food and – even more critically in the soaring temperatures – of water, there were several organisational problems around policing, body searches and beyond. Both clubs, as well as FSE, received a huge amount of complaints and witness statements from fans present in the stadium.

“All three parties will now work jointly to report back to UEFA and the local public authorities in Spain, and will make recommendations to ensure these problems can never occur again at a European final.

“Fans spend a lot of effort, time and money following their teams all over Europe and expect to be treated with respect and dignity while attending football games. This expectation was not met at all at the Europa League final in Sevilla last week.”

UEFA has already apologised over the lack of water in the stadium, saying “Even though the quantity of food and beverages planned by concessionaires was much bigger than what is usually served during a domestic sold-out match at the Sanchez Pizjuan stadium, it still was not enough to meet the extraordinary demand of the day and Uefa wishes to sincerely apologise to fans for the inconvenience created.”

The complaint comes as an investigation begins into events at the Champions League in Paris on Saturday, where there were serious issues as fans tried to enter the Stade de France. Police used tear gas and pepper spray on supporters and kick-off was delayed by over half an hour.