Rangers take on Slavia Prague in the last 16 of the Europa League on Thursday. 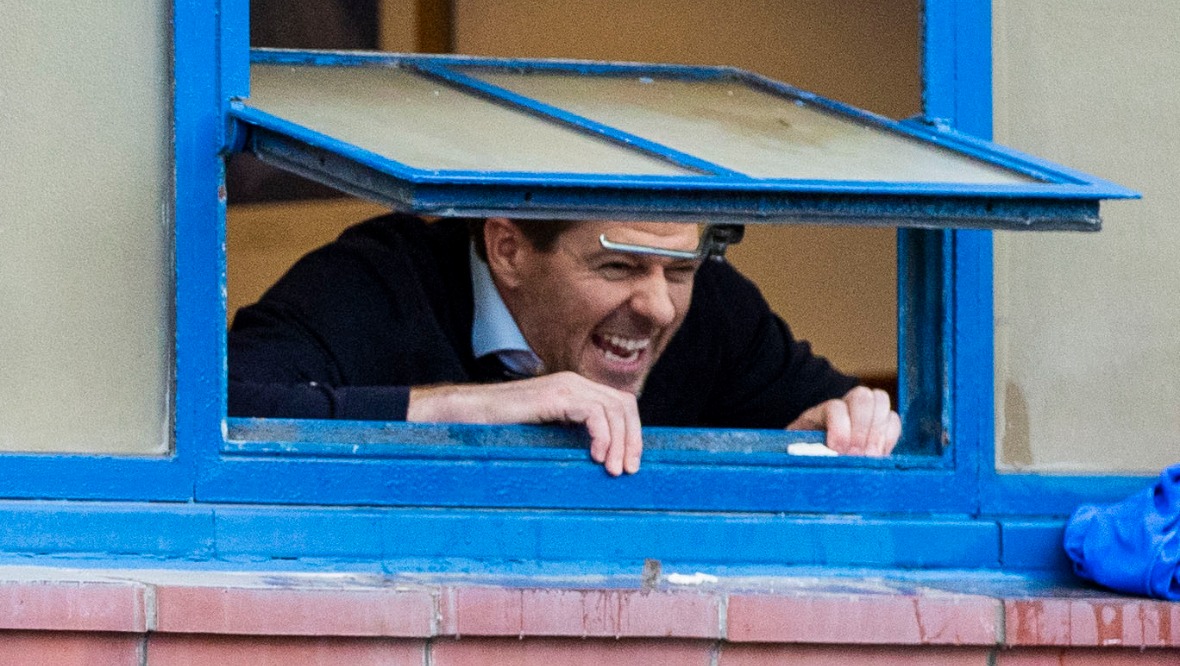 Steven Gerrard insists Rangers’ minds are fully back on the job following their weekend title celebrations.

The Ibrox squad spent Sunday celebrating clinching their first title in a decade – but they do not have long to let the hangovers clear as they return to Europa League action against last-16 rivals Slavia Prague on Thursday night.

Speaking ahead of the clash in the Czech capital, Gerrard said: “Obviously the size of the achievement and the emotions that came with that, I think the players deserved to celebrate.

“We have worked ever so hard during this journey and sacrificed a lot. They have put a tremendous amount of effort in to get it over the line. We also as a group have had some criticism along the way and have been down at times as well.

“So when you finally get it over the line the feeling is difficult to describe. But now we are back in the routine.

“I spoke to the players yesterday at length and we had a session where we got the legs moving again.

“They have had the chance to get some rest and it is actually a good thing that we are going away now. We can manage all the food and the hydration levels and get them ready to fire once the kick-off comes.

“It has just been an incredible few days. It is difficult to describe in an interview.”