Budge urges angry Hearts fans not to protest at Tynecastle 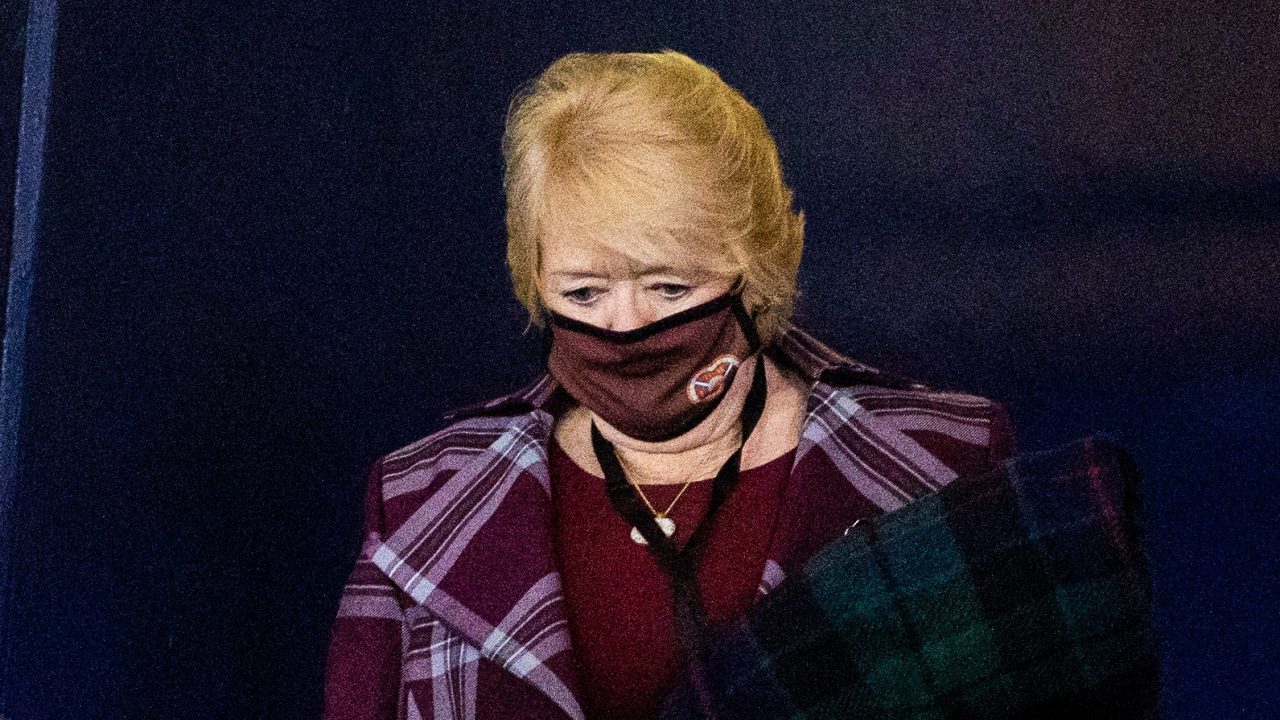 Hearts owner Ann Budge has pleaded with the club’s furious supporters not to break Covid rules by gathering to protest their embarrassing cup defeat.

Hearts were humbled by Highland League Brora Rangers in a 2-1 defeat on Tuesday night, sparking calls from fans on social media for the manager Robbie Neilson to lose his job.

Some had suggested gathering at Tynecastle Stadium before Saturday’s Scottish Championship match against Queen of the South to let the board know the strength of feeling.

In a statement on Thursday afternoon Mrs Budge called for any protest to be “peaceful and law-abiding”.

She said: “The board, management and staff fully understand and share the anger and strength of feeling being expressed by our fans following what was a totally unacceptable performance and result on Tuesday evening.

“We can only echo the comments made by Robbie Neilson after the game. He was stunned and embarrassed, as were we all, by our exit at this stage of the Scottish Cup.

“We completely respect the right of any and all of our supporters to make their voices heard and feelings known in a peaceful and law-abiding manner.

“We do not need to remind anyone that we are still in the midst of worldwide pandemic during which our focus has at all times been on ensuring the safety and security of everyone at Tynecastle.

“Nor do we need to remind you that it is unlawful for crowds to gather in public places due to current Covid restrictions.

“We must, therefore, urge all fans, in the strongest possible manner, not to congregate at Tynecastle Park on Saturday.”

Neilson meanwhile accepted responsibility for the team’s display but said he was the man to get Hearts back to form.

The 40-year-old said: “After a result and performance like we had on Tuesday night I would expect any manager to be under scrutiny.

“You accept that when you come in to the job.

“We have to look at ourselves in the mirror, all of us in the football department – manager, coaches, players and staff – and see where we can improve to move forward.

“There is nobody more upset than me after Tuesday night’s performance.

“I carry the can for the team and we didn’t get anywhere near the levels expected of us.

“When you wear the maroon jersey you are expected to give everything and get results and we didn’t do that.

“There will not be anyone driving harder than me to make sure that gets put right.”

Hearts remain on course to win an automatic return to the Scottish Premiership at the first time of asking but Neilson admitted his squad will need to be strengthened this summer.

He added: “There is work to be done. There is always a rebuilding job in football, you have to continue to progress.

“When you coach or play at a team like Hearts there are expectation levels that you have to reach week-in, week-out.

“We haven’t met them at certain times this year.

“We have in a lot of games hence why we are 16 points clear, but there will be new faces coming in in the summer that is for sure.”