Naismith: Hearts must now rise to demands for success

The club captain admits the team has fallen short of expectations despite Championship title victory. 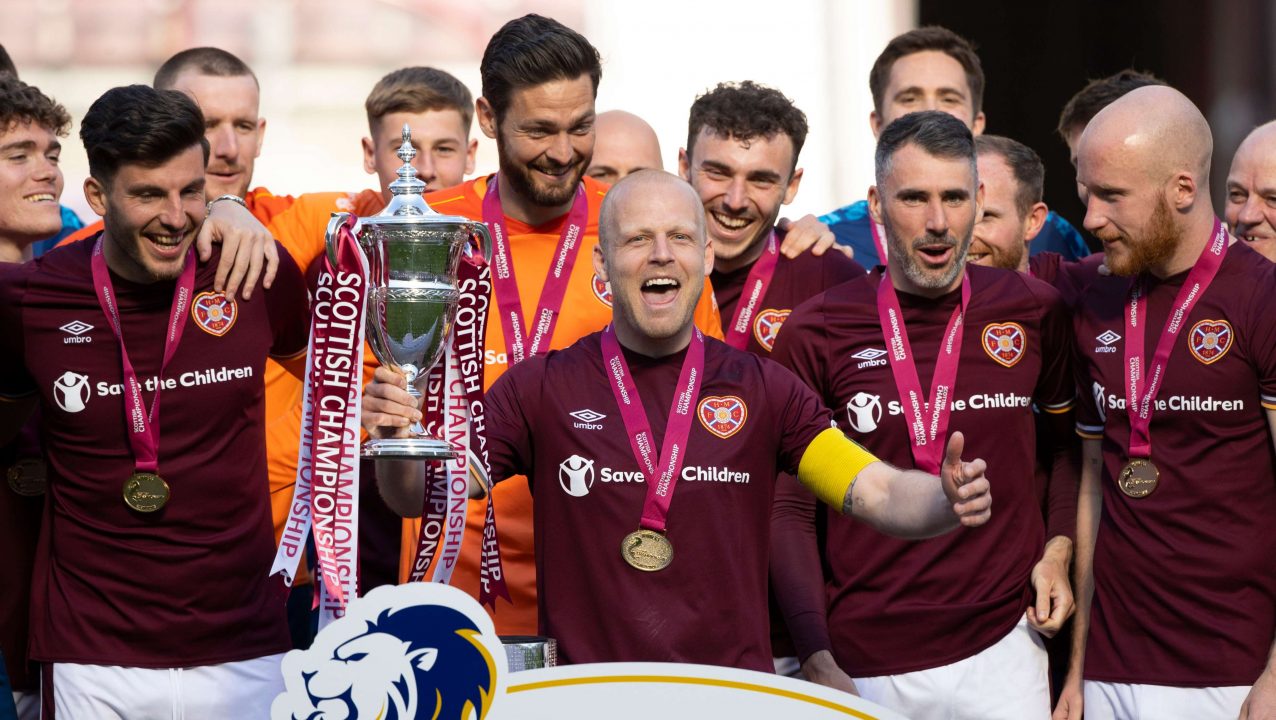 After lifting the Scottish Championship trophy, Hearts captain Steven Naismith said the team now has to rise to the demands of the club and its supporters.

Hearts secured their immediate return to the Premiership by winning the second tier title but experienced some poor form along the way.

It has led to vocal frustration from fans – locked out of the ground and disappointed at some of the team’s displays.

Hearts were sent down when the 42 SPFL clubs voted to end the 2019/20 season prematurely due to the Coronavirus pandemic, with the Edinburgh side four points adrift at the bottom of the Premiership with eight games scheduled to be played.

It led to a summer of rancour as Hearts fought a losing battle to overturn the decision.

Naismith hopes now a line can be drawn under the scenario and urged his teammates to win back the trust of the support.

He said: “We had a job to do this season. We have won it, we agree with everybody associated with the club that we were wrongly put down but we embraced the pressure.

“There is a line drawn underneath this because we didn’t feel we deserved to be here.

“This club thrives upon success, attacking football and getting the crowd behind you – especially at home.

“We need to get back to doing that.

“We need to get back to winning games at home, putting on games of entertaining football and being successful at the top level in Scotland.

“That is what is expected of us and it is a fantastic club for that.

“But there is a demand that comes with that and we have got to rise to that.

“That has to be what is driven in here – that we can deal with the pressure of having to be attacking at home, having to go out and break teams down.

“You have got to have an enjoyment in that and hopefully going forward that is the case.”

Some quarters of the Hearts support had petitioned the players not to lift the Championship trophy in a show of defiance around the demotion.

Naismith said the players were eager to listen to the fans and the squad held a meeting to decide how to approach the presentation at Tynecastle on Saturday.

They decided to lift the silverware but ensured it was a low-key event with muted celebrations.

The club captain said: “It was so important because the backbone of this club is the fans. Their opinion matters, especially with the crowds not here.

“As a squad we agree with how they felt about last summer but the flip side of that is there are a lot of good people in the background who do a lot of hard work and it is to respect them.

“It is to respect the opponents as well, all these guys who are trying to beat you for the title, so there was a level that had to be respected on all sides.

“We have done what we thought was right and hopefully everybody can back that.”