Celtic hold a 1-1 draw from the first leg of their Europa League tie against Copenhagen. 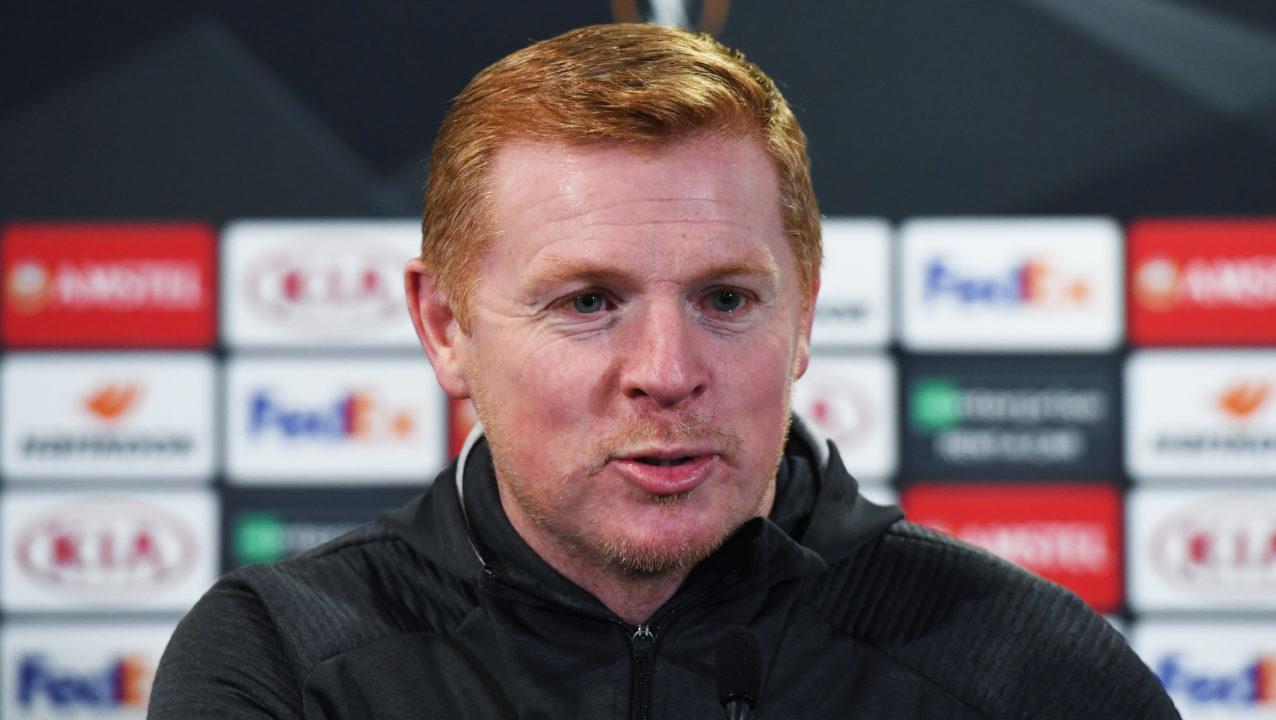 Celtic manager Neil Lennon has said that his players are confident they can build on their 1-1 draw in Copenhagen and finish the job against the Danish side at home on Thursday evening.

The Scottish champions hold the advantage as they look to reach the Europa League last 16 but Lennon said they weren’t taking the job lightly.

“The players are quietly confident,” he said. “They’re at home and the home record is good.

“There’ll be no complacency or taking anything for granted. Copenhagen gave us a really tough second half out there and we had to work really hard to avoid going behind.

“We are at home so that gives us a bit of an advantage. The tie is still there for both teams.”

Lennon confirmed that both Scott Brown and James Forrest will be fit though Olivier Ntcham will miss the game and won’t be fit for another week.

Victory would see his Celtic win a European knockout tie for the first time since they beat Barcelona in the last-16 of the UEFA Cup in 2004.

“I wasn’t aware of that so maybe that will act as extra motivation for the players,” the manager said.

“We are not thinking about records or timelines or anything like this, we are thinking about the opposition who are good and how we overcome them over 90 minutes or it might go to extra-time, you never know.

“The mentality has been fantastic so far. I want it to continue.

“I want us to be in the last-16, we are good enough to do that but we are going to have to play well.”

Lennon also shared his thoughts on Copenhagen’s proposal for a revamp of European qualification that would help clubs outside the ‘Big Five’ leagues in their bid to reach group stages.

As reported by The Athletic, the “Copenhagen Access Model” would see the 79 clubs that have qualified from the tournament ranked by European results in the last decade, with direct entry to the group stage and each qualifying round allocated from the entry list.

“I think the smaller countries have a far more difficult route into the Champions League than richer countries,” Lennon said. “I would echo that Copenhagen proposal.

“There has to be a fairer chance for countries like Scotland to get to the Champions League. We have to play eight games just to qualify and it’s a lot to ask when we play enough games already.

“We’ve been talking about this a long time and voices are beginning to be heard now.