Dundee United striker was not named in Steve Clarke's squad for the 2020 European Championship finals. 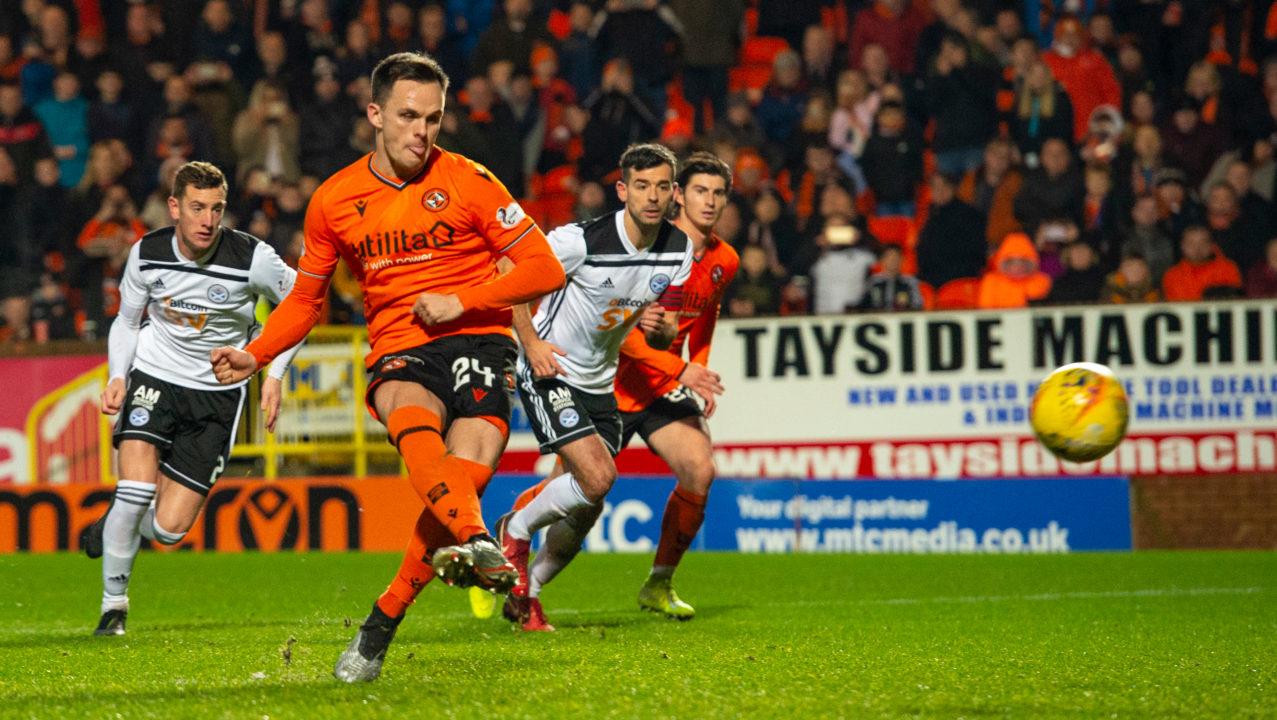 Lawrence Shankland has targeted a return to the Scotland squad in time for the World Cup qualifiers in September.

The Dundee United striker played a part in getting Steve Clarke’s side to the 2020 European Championships – the country’s first major tournament in 23 years – but did not make the squad for the finals.

Shankland, capped four times, shrugged off the disappointment to travel to Wembley to see the Scots draw 0-0 with England – their only point of the doomed group stage – and will now look to get back in the fold for the World Cup qualifiers which resume with a triple header against Denmark, Moldova and Austria.

“I have been there before and it is something I want to get back involved in,” said the 25-year-old, looking forward to the Terrors’ opening Premier Sports Cup group against Kelty Hearts on Friday night.

“If I am hitting form for my club and playing well here then I will give myself the best chance to be involved in the next camp.

“You need to stay optimistic as a player and look for opportunities to get yourself in.

“But as I said, it will all come down to my club football. If I am on form here, I will give myself the best chance to get selected.

“Obviously there was that disappointment that you weren’t there but it is something I got over pretty quickly.

“It was good to be there to support the boys and it was a positive result so it was a good night.

“Having a team to support during the Euros was a lot better than tournaments before.

“I think the boys did well at times and were unfortunate to miss out on going through which was a frustration for everybody because I thought they did well.”

He said: “Lawrence Shankland is an international quality striker.

“He is a top level striker. Steve Clarke is well aware of his qualities and that’s what Shanks will want to produce on the pitch and almost make it unavoidable to select him.

“I think the key thing for me is to pick the 11 best players, you know, regardless of age. I’m aware that we’ve got a lot of talented youngsters but equally the senior players have really adopted ideas well, they’re performing well and there’s a little bit of healthy competition within the dressing room just now, which is pleasing for me as a manager.”