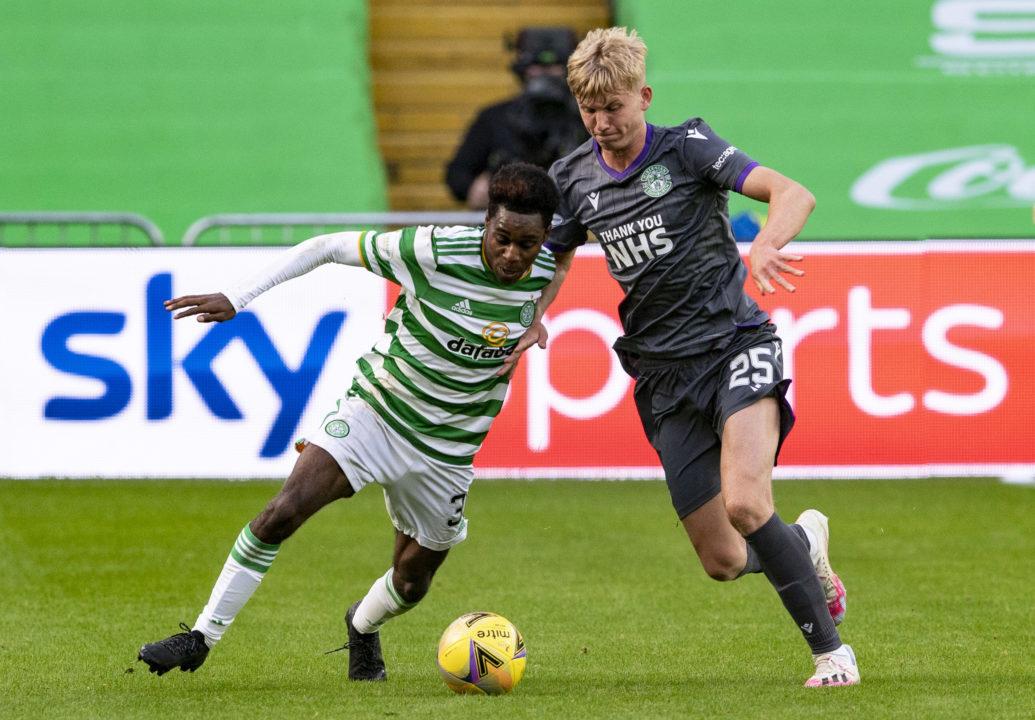 Jeremie Frimpong is set to leave Celtic after the club accepted a bid from Bayer Leverkusen.

The right-back has left Scotland to hold talks with the German side after telling Celtic he wouldn’t sign a new deal.

Celtic manager Neil Lennon said Frimpong “made it clear he wanted to leave” the club.

The Dutchman, a regular in Lennon’s starting 11, has been at Parkhead since September 2019 after signing from Manchester City.

Lennon said: “Jeremie is abroad at the minute speaking to a club. That deal looks like it may go through.

“This hasn’t appeared in the last couple of days, this has been in the background for the last six or seven weeks.

“The club have made great strides to renegotiate with Jeremie and his representatives but the player made it clear to me, to the board, that he wanted to leave.

“I wouldn’t say he was unhappy, just ambitious maybe or he wanted to try something else to progress his career at another club.

“We got a really robust offer from a club for Jeremie and the club felt it was good business. We do as well from a football side of things and when the player makes it clear he would prefer to play his football elsewhere, that was a decision we all agreed to take.

“That’s football sometimes, when a player makes it clear that he would prefer to go elsewhere then you have to look at it and think is this the right thing to do, is this the right sort of deal for us and ticks all the boxes really.

“We are disappointed to lose him. But he has come in for £300,000 and we could sell him for a huge amount of money but it is credit to the development of the player himself, myself and the coaches and what the club have done for him that a couple of top European clubs have shown interest in him.”

Lennon does not expect to lose any more players from his squad before the January transfer window closes.

The Northern Irishman said: “Negotiations are ongoing at the minute and will see how that pans out, but I don’t envisage anyone else going out the door.

“We are obviously disappointed, we did everything we could to try and entice the player to stay but he made it clear quite a while ago that his ambition was to leave.”