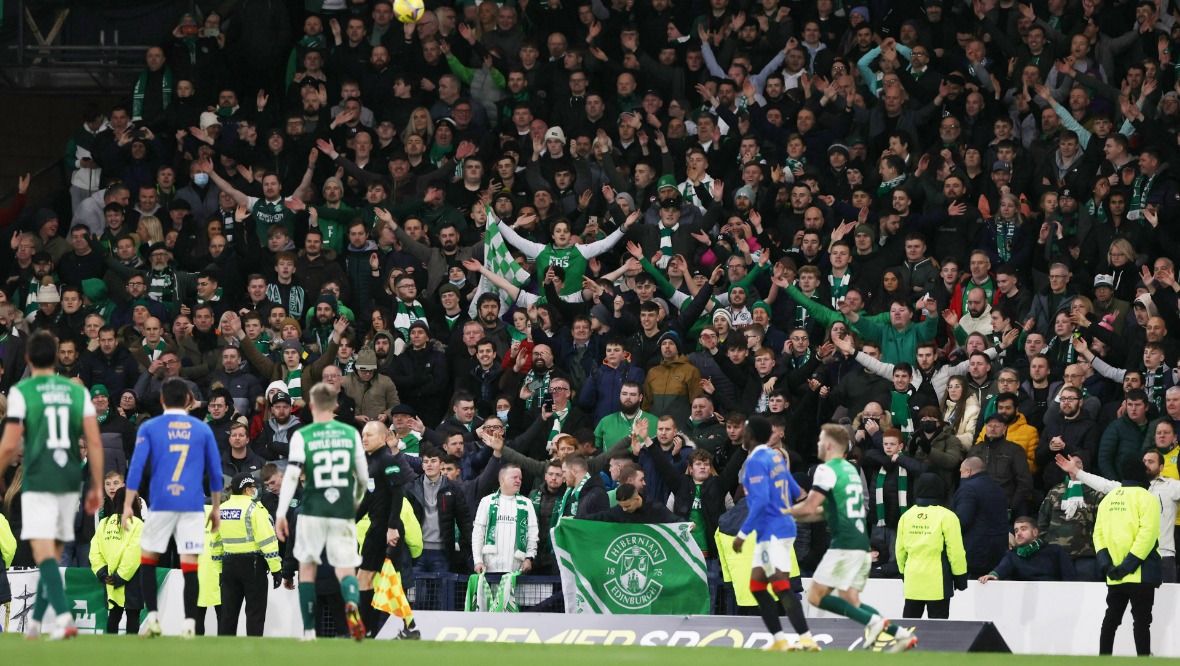 Hibernian have expressed frustration over their ticket allocation for the League Cup final against Celtic.

The Easter Road club have been given just 17,500 briefs for next month’s showpiece match, which is just more than one third of Hampden’s 51,000 capacity.

Although Hibs took less than 10,000 supporters to Sunday’s semi-final against Rangers, the Edinburgh club feel that their attendance at previous finals should have been taken into consideration and that they ought to have been given a 50/50 split of tickets.

Hibs manager Jack Ross said the decision to deny more of his club’s fans to attend the final had left him “baffled”.

He said: “Naturally you want as many of your own supporters in the stadium for a cup final, and also historically we have taken massive crowds to cup finals in recent times.

“The counter-argument to that is the semi-final attendance. I find that a really strange thing to take into account because the League Cup has never been one that attracted big crowds in semi-finals.

“It’s baffling that we do not get that opportunity to take that allocation and Hampden never looks like a difficult stadium to segregate.

“I find it quite astonishing but it’s about using it as a positive to galvanise us. And one thing I would say about Sunday is the 10,000 we had there made enough noise for 40,000 and we will hope that just under 20,000 people at the final will do the same.”

Hibs said the club had made its thoughts “very clear” to the Scottish Professional Football League.

A statement on Hibs’ website read: “As a club, we had a number of long and intense discussions with the SPFL fighting for an even split of tickets with Celtic for the Premier Sports Cup final at Hampden Park, knowing our history of selling out tickets for cup finals and for sporting integrity.

“However, they have come to the decision that we will have an allocation of approximately 17,500 tickets for the match. A decision that we are incredibly frustrated about. We made our thoughts very clear.”

Hibs are, however, satisfied that the SPFL accepted their request for an earlier kick-off time for the final on Sunday, December 19.

The statement added: “On a positive note, we are pleased that the kick-off time has been scheduled for 3pm. We asked for this to be moved forward from the planned time of 4pm to help our supporters with travel to and from Hampden.

“On top of that, we are also happy that our thoughts were listened to regarding concession prices for our supporters in all areas.”