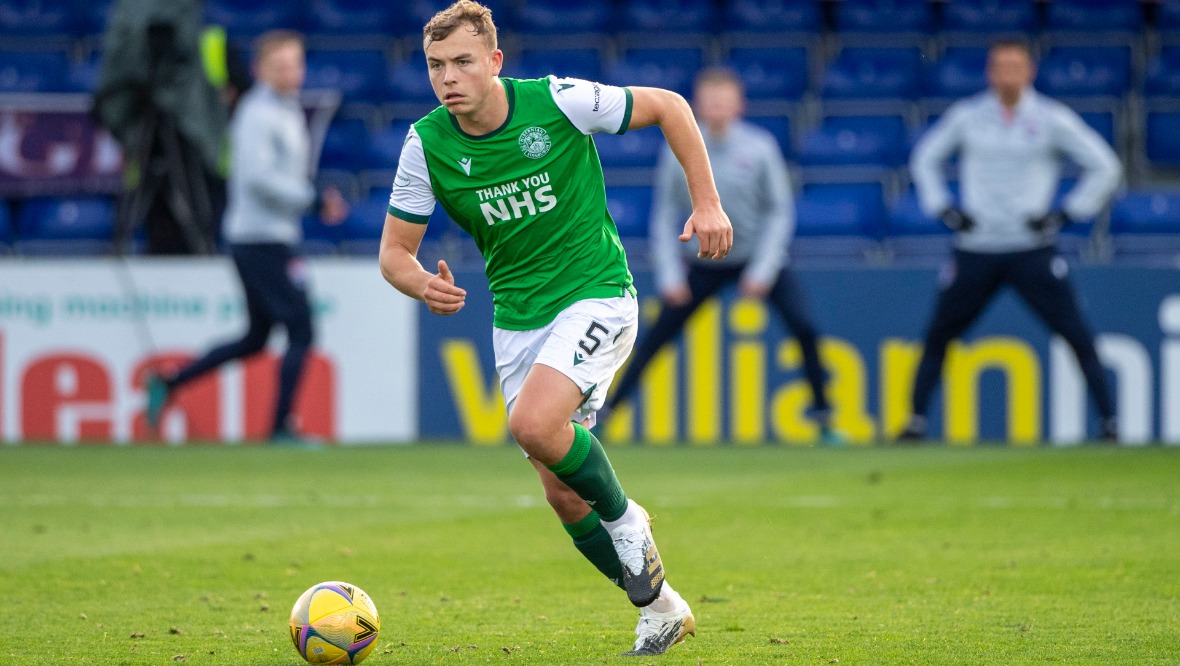 Hibs defender Ryan Porteous has urged other male footballers in Scotland to join him in his fight for gender equality after he pledged to donate at least one percent of his salary to the cause.

The 21-year-old defender told STV News his sister helped inspire his decision, outlining the obstacles his sibling faced when she wanted to make it as a professional footballer.

He said: “Obviously it got to a stage where I would be better than her but definitely for years and years she would take me around the park and kick lumps out of me.

“She’s always wanted to play football on the side of what she’s done and what she’s doing right now. I think her mindset would have changed if there had been a clear pathway like me.

“I’ve had a clear pathway since I was 10, 11 years old, I wanted to be a professional football player and if that was there for then I have got no doubt that she would have done the same.

Porteous, who was recently called up to the Scotland squad by Steve Clarke, joins four female Scotland internationals – Jane Ross, Christie Murray, Sophie Howard and Caroline Weir – as a member of Common Goal.

Porteous said: “I have just been with the senior Scotland team, a very proud moment for me, but we can’t lose sight of what is happening around us and the need for collective action is clearer than ever.

“I am excited to join the Common Goal team and help empower girls to have the chance to realise any goal they may have in football and in life.

“It’s great to be the first homegrown Scottish Premiership player and I hope that many friends and players will join Common Goal.”

Rangers defender Leon Balogun is part of the social impact collective as is former Gers midfielder Robbie Crawford, currently playing in the US second tier with the Charleston Battery.

Jurgen Klopp, Timo Werner and Juan Mata are some of the other big names who have signed up to fight social injustice in football.