The 1998 cup winner wants his old club to prove a point by defeating Celtic at Hampden on Sunday. 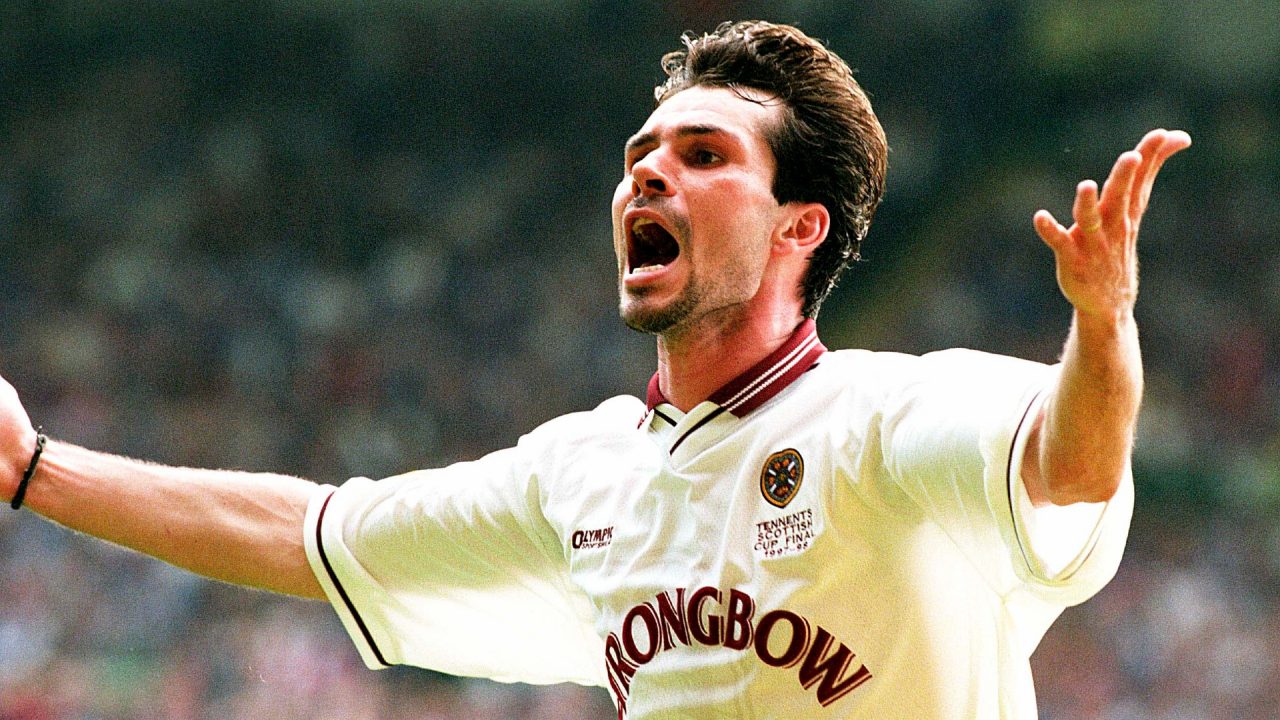 Hearts Scottish Cup winner Stephane Adam has branded the club’s relegation ‘unfair’ and said a triumph in Sunday’s 2020 final would answer those who consigned the club to the Championship.

Adam, 51, keeps close tabs on his former club and was dismayed as the coronavirus shutdown unfolded in Scottish football, with a vote by the clubs sending Hearts, Partick Thistle and Stranraer down the divisions.

The 1998 hero – who scored the decisive goal in a 2-1 triumph over Rangers at Celtic Park – is rooting for Hearts to prove a point by claiming the trophy once more.

Adam said: “I think it would be amazing if they manage to win this game because it would be the best answer to give to everybody connected to football in Scotland.

“The relegation was unfair – even if Hearts had a really bad season last year.

“They were bottom of the league but with a lot of games to go to change the situation.

“People connected with [Hearts] can be frustrated. I am frustrated also.

“I think it will be fantastic for Hearts to win the cup and say: ‘See? We are not where we belong but we are still here and we are still one of the best teams in the country.'”

The Jim Jefferies-led side of 1998 brought silverware back to Gorgie after a gap of 36 years and etched Hearts’ name on to the trophy for the first time since 1956.

The Edinburgh side went to on to win the competition again in 2006 and in 2012 but The Class of ’98 is still revered around Tynecastle, with the full team inducted into the club’s Hall of Fame in 2018.

Adam, who has quit football after a spell coaching in South Africa, said: “For us to win something after such a long time was so important.

“There were a few generations of fans who had never seen this before.

“It was a feeling of pride and a very special moment for me to be part of it and give something back to all the people who helped me [feel at home] in Scottish life and the Hearts life.

“You know, 22 years later, we still speak to each other. I have a connection with the fans on social media and I still speak to a lot of people connected with Hearts and I watch the games whenever I can.

“It created a very special connection for me and it will be like this for the rest of my life.”