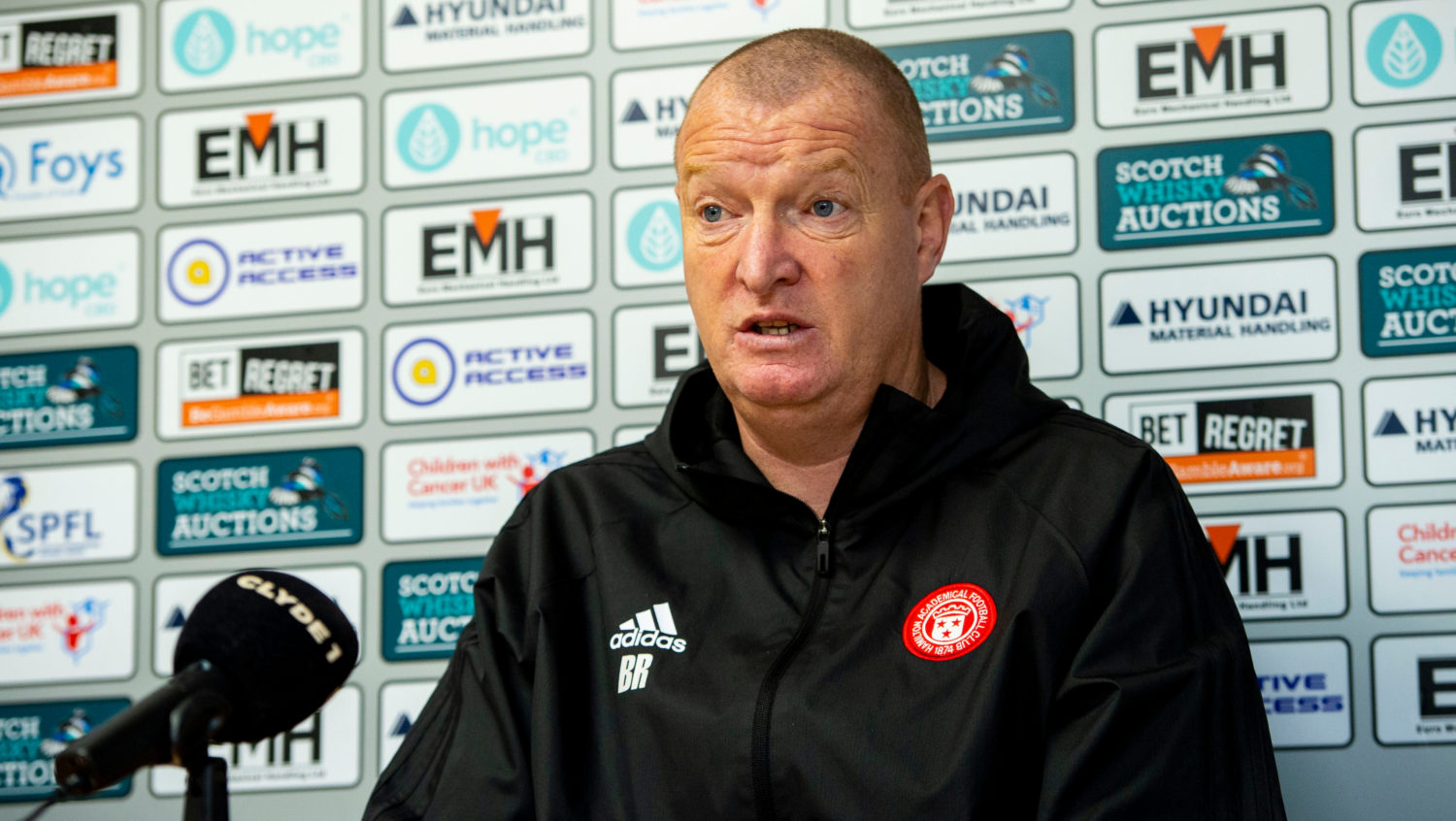 Hamilton manager Brian Rice has been charged by the Scottish FA after admitting gambling on football.

The club confirmed it had received a notice of complaint after Rice “self-reported” himself to the game’s governing body.

It accuses the 56-year-old of betting on football over the past five seasons, including the current term. A hearing will take place on January 30.

Rice, who has previously admitted being a gambling addict, said his “disease has returned”.

He said: “Firstly, I would like to express my regret to the players, coaching staff and my friends and colleagues at Hamilton Academical for the lapse that has prompted me to voluntarily acknowledge breaches of the Scottish Football Association’s gambling rules.

“This decision was one of the hardest I have had to take but in a way also the easiest.

“I have made no secret of the fact that I have struggled with the disease that is gambling addiction in the past.

“The reality is I am an addict and while I have been proud of the fact I have been in recovery from this disease, a key part of the recovery programme is honesty: honesty to myself, and honesty to those who have and who continue to support me, including my family and my football family at Hamilton.”

It’s an offence under Scottish FA rules for any registered player, manager of official to gamble on football.

A number of figures in the game have previously been punished for breaching the rules.

Hamilton said they were standing by their head coach and would urge the Scottish FA to consider a “gambling amnesty”.

Club director Colin McGowan said: “As a club, we are proud of the work undertaken to support the local community.

“Today, we support our head coach and we feel certain that the community will get fully behind him.

“We also believe Brian’s public admission today can be hugely significant in helping the lives of other coaches and players who can relate to his addiction and other addictions.

“It is my intention to write to my colleagues at the SPFL to table a proposal to the Scottish FA’s Professional Game Board for the introduction of a gambling amnesty in our game: one that will enable people to confront their addiction in a safe and non-judgemental environment, with help and support readily available.

“Brian’s courage today can be a seminal moment for Scottish football.”