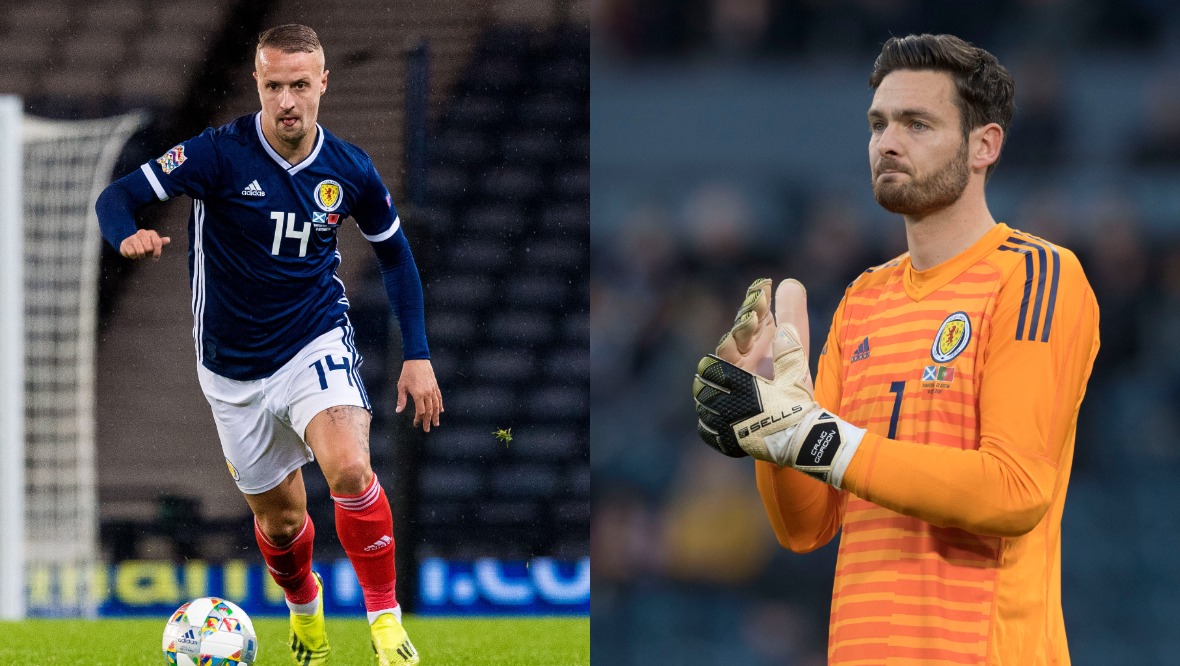 Celtic striker Leigh Griffiths and Hearts goalkeeper Craig Gordon have been recalled to the Scotland squad for a crucial series of upcoming matches – starting with next Thursday’s Euro 2020 play-off final in Serbia.

Norwich City’s Grant Hanley also earns a place in Steve Clarke’s 27-man squad for the trip to Belgrade and the subsequent Nations League clashes in Slovakia and Israel.

Griffiths hasn’t played for Scotland for two years, having faced a series of personal and injury problems, but has scored for Celtic in two Premiership games recently since returning to action.

The play-off final against Serbia takes place on Thursday, November 12 – the winner earing a spot at the delayed Euro 2020 European Championship.

Steve Clarke’s side top their Nations League Group, which could potentially offer an opportunity to reach the 2022 World Cup in Qatar.

Clarke said his side are going into the matches feeling “nice and positive” after going eight games unbeaten with last month’s 1-0 victory over the Czech Republic at Hampden – the national side’s best run in 32 years.

The Scotland boss spoke after the squad announcment about the reason for recalling Griffiths, Gordon and Hanley.

He said: “Leigh’s qualities speak for themself, the goal he scored (for Celtic) against Aberdeen recently in the league showed what he’s got. He can give us something, he can add something to the squad, that’s for sure.

“And it’s the same with Craig Gordon and Grant Hanley – experienced players, know their jobs and please to have them involved for the first time (since becoming manager).

“It’s about getting the country back to a major finals. Hopefully, we can do it and then everyone who’s involved in it can get a little bit of credit. But the majority of the credit will go to the players as always, as they are the guys who have to do it on the pitch.”

David Marshall and Jon McLaughlin are the other goalkeepers named alongside Gordon in the squad for the upcoming matches.