Gilmour goes for gold as sun shines on Scots

All the latest news from inside the Scotland training camp in County Durham. 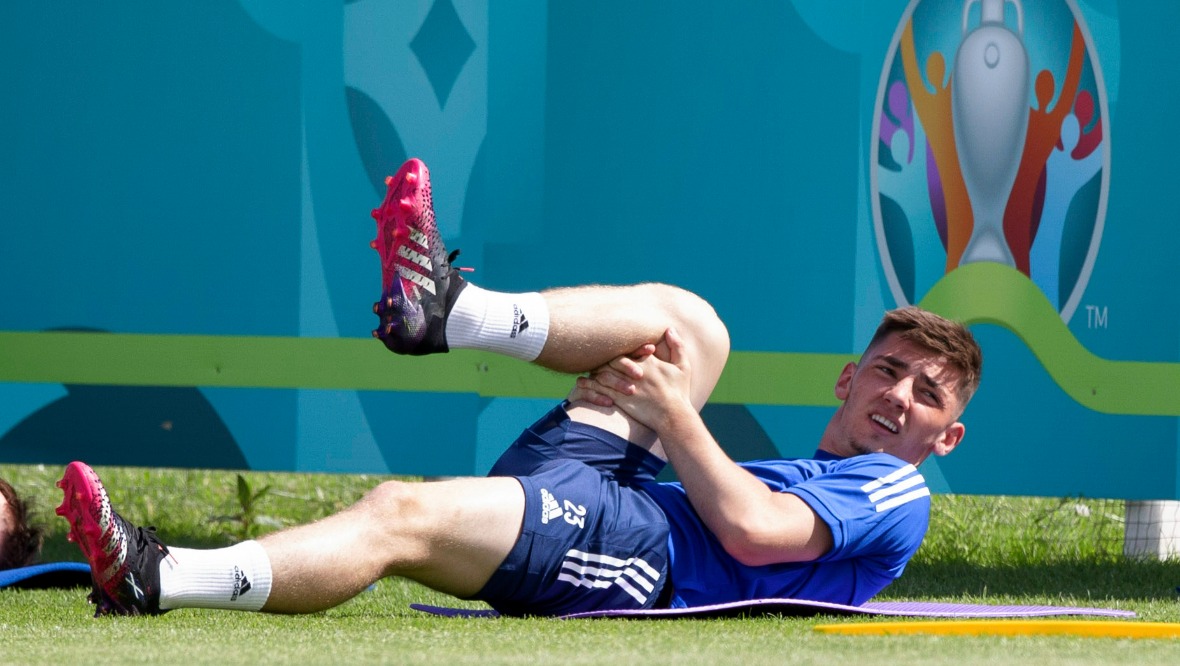 The sun was shining on the Scots as midfielder Billy Gilmour basked in the prospect of landing a top award.

The Chelsea teenager is in the running for the ‘Golden Boy’, handed to Europe’s best player aged under 21.

Meanwhile, John McGinn remains confident Scotland can reach the Euro 2020 knockout stages, even if it means doing it the hard way.

Wembley is the next stop for Steve Clarke’s side, when they take on England on Friday.

Our video report brings you the latest from the Scotland training camp in County Durham.

Watch Scotland v England live on STV and the STV Player from 7pm on Friday.