Rangers are just four points away from being crowned domestic kings for the first time in a decade. 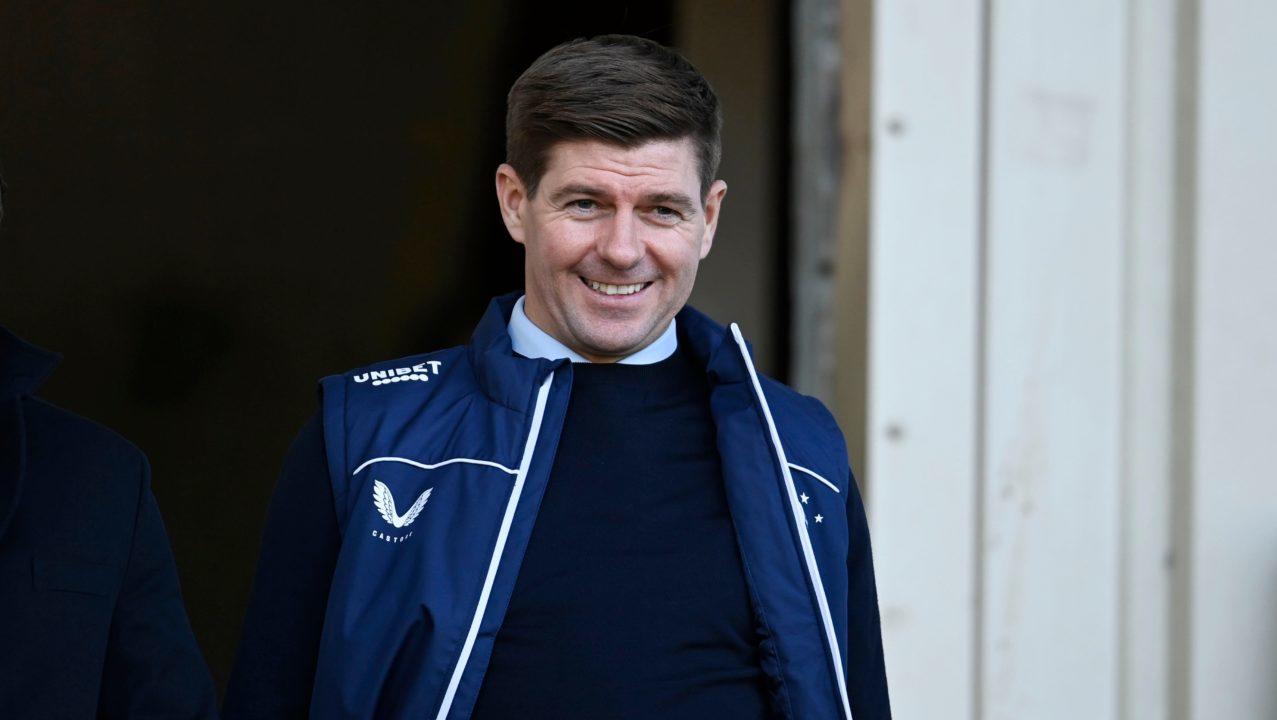 Rangers boss Steven Gerrard admits he is looking forward to doing some home improvements around Ibrox.

Rangers are just four points away from being crowned domestic kings for the first time in a decade with title number 55.

Gerrard, who’s been named manager of the month for February, said he’s looking forward to replacing banners describing his side as ’54-times champions’.

They could even have their hands on the trophy at long last as early as Sunday if they beat St Mirren tomorrow and Celtic slip up at Dundee United 24 hours later.

That would deny Gerrard’s squad the chance to celebrate together on the field, with many fans preferring the dream scenario of seeing their side finally smash Celtic’s reign of dominance on their bitter rivals’ home patch when they head to Parkhead on March 21.

But Gerrard is only bothered about the fact the title party takes place – not the time or the venue.

And once the celebrations are over, he is looking forward to getting his DIY kit out.

He said: “Fans are entitled to think what they want. People will want it to happen for their own satisfaction.

“For me it’s about becoming champions as quick as we can in any way we can do that.

“The important thing as a group is to just keeping winning football matches and it will happen when it happens.

“I totally respect that some fans might want to win it this way or that way – but I don’t think anyone will complain when we get this over the line.

“The important thing is to get that trophy back, get 55, knock all the 54s off the walls – that’s the main thing for me, adding to the wonderful history of this club.

“If it happens on Sunday, in April, or May, I don’t care so long as it happens.”

Gerrard knows the Ibrox faithful are ready to explode into scenes of jubilation having seen a group of supporters gather outside the Tony Macaroni Arena to set off a spectacular firework display during Wednesday’s win at Livingston.

But the Ibrox boss has urged fans to stay safe and abide by Covid-19 rules as they gear up to party.

He said: “We all have to continue to try and abide by the rules and respect social distancing.

“I know a lot of rumours are going about but my job is to focus on the game and try and get three points. People have to understand the situation our fans are in and what they’ve been through and the priority is that they stay safe.

“The fans are the priority here and we totally understand and we can certainly relate to how they’re feeling at the moment.

“We know there’s a real excitement and rightly so. We want them to really enjoy this time and really revel in the moment.

“The fireworks display was impressive, for sure, and I got a bit of a fright. It went on for some time – and some of my players were dodging them when they landed on the pitch.

“So we would say try and keep them away from the pitch so we can focus on the job we’re trying to do.

“But we totally understand the excitement levels and it’s fantastic what’s happening at the moment – and we need to enjoy every single day.

“The important thing for us is to stay focused and try and get over the line as quick as we can. We’ve got an opportunity to make this 99.9% done and that’s what we want to do.”

Rangers have come a long way since losing to Hamilton exactly 12 months ago.

It appeared at that point Rangers might never overturn Celtic’s grip on power.

But Gerrard said: “Losing to Hamilton in the manner we did wasn’t a good day or good time and it’s not a game we’re proud of at all but what we’ve done over the last 12 months has been super-impressive and the players deserve all the credit for that.

“Football is a funny game and can change at any given moment – and that’s what happened from that day.”