Rangers have been drawn against Bayer Leverkusen in the last 16. 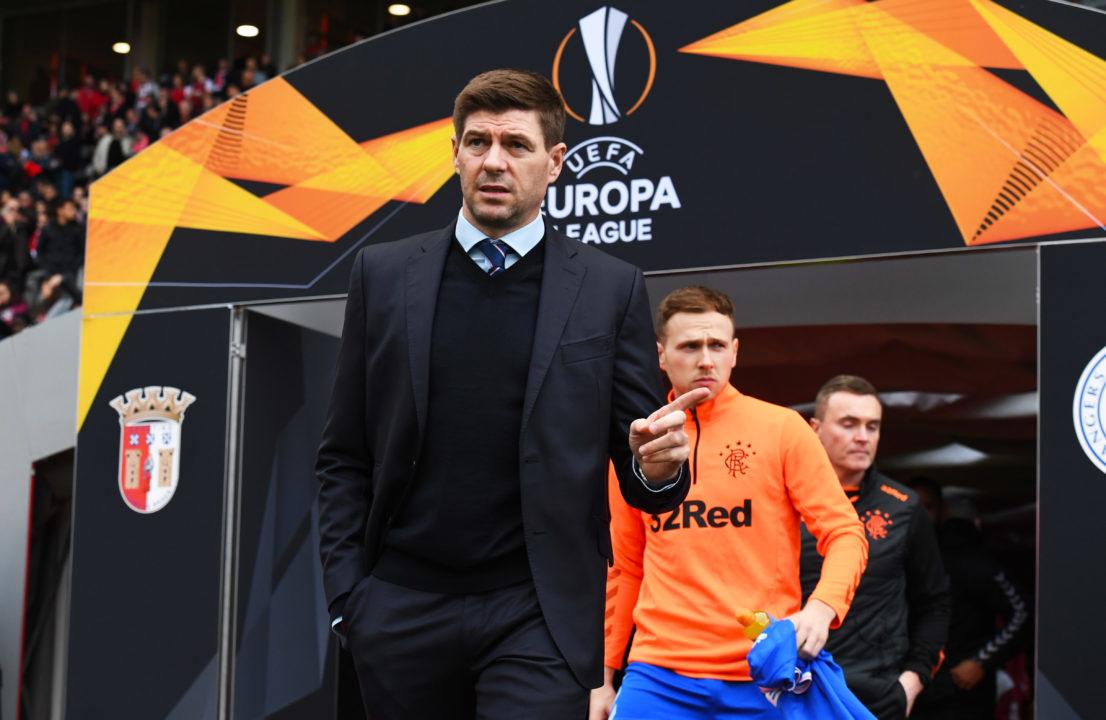 Rangers boss Steven Gerrard reckons his team face one of the favourites to win the Europa League in Bayer Leverkusen.

The Ibrox side have been pitted against the Bundesliga giants in the last 16 of the tournament.

Rangers booked their spot in Friday’s draw by beating Braga, while Leverkusen also prevailed in Portugal against Porto 3-1 to set up the tie.

Gerrard expects Peter Bosz’s team, who currently sit fifth in the Bundesliga, to be formidable opponents.

Speaking after the draw, Gerrard said: “The atmosphere is electric there, it’s not a huge stadium but it’s really close to the pitch.

“It’s going to be a good challenge for the players but I think they are one of the favourites.

“The way they have gone and dealt with Porto, they deserve to be one of the favourites.

“German football, ever since I made my debut, my experience against German players and German teams is it’s always tough.

“They are big, strong athletes who are professional and tactically astute.

“It’s exciting but is going to be very, very tough.”