Gerrard: No panic at Ibrox over Goldson’s future at Rangers 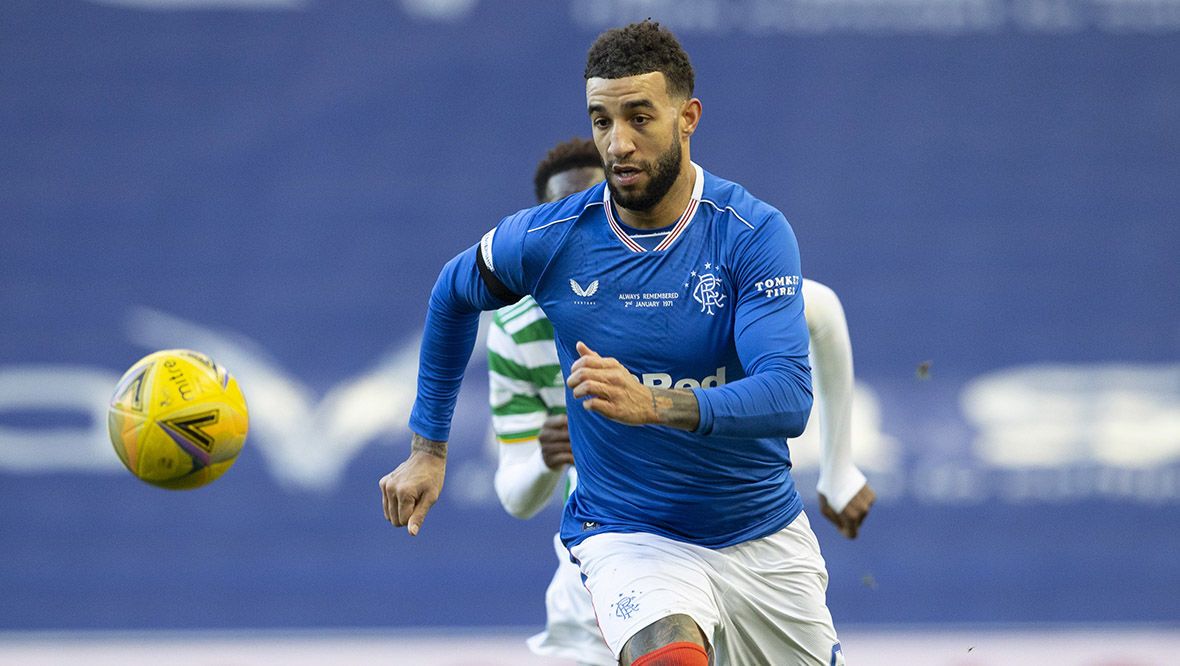 Steven Gerrard says there is “no panic or worry” about Connor Goldson’s future at Ibrox.

The Rangers boss is confident the club can keep Goldson longer-term as talks continue over a contract extension for the defender.

Goldson has become an integral part of Gerrard’s team and was an ever-present during the Gers’ march to the title last season but the centre-back has only one year left on his current deal.

Speaking on Friday, Gerrard said: “Myself and Connor have got a really strong relationship. Connor’s in a good place, he’s really happy and settled here, there’s nothing to report on Connor’s contract situation at the moment but there is certainly no panic or worry.

“As far as I am concerned, what will be, will be and when the time’s right I’m sure Connor will be ready to sign it.”

Gerrard says he is happy with transfer business this summer, having added Fashion Sakala, John Lundstram and Nnamdi Ofoborh to his title-winning squad.

“The plan to add Fashion and John and Nnamdi was very much a case of trying to make the 11 and the squad better, first and foremost, that’s always the priority. We’re very much aware of how this club works in terms of if certain bids land you have to recycle, that’s the way it is, I don’t think it will change.

“But we don’t make signings or we don’t prepare the group for people going out. I certainly don’t, I prepare for it to be as storng as possible to give us the best chance of success on the pitch.

“We’ve got a near enough fully-fit squard, asides Ryan Jack and Alfredo Morelos, so in the coming weeks we should have everyone fit and available, so we’re in a good place to go and attack this season.”

Morelos tested positive for coronavirus while on international duty with Colombia earlier this year and is currently in self-isolation at a quarantine hotel following an extended summer break.

Gerrard said: “Alfredo, once he’s followed the government guidelines and the Covid situation, he’ll join the group sometime next week, so the squad’s really strong. As it stands, if there’s not a need to add to it, I won’t do it but it’s something we’ll consider in the coming weeks and we’ll see how we start the season, we’ll see how the qualifiers go. It might be something we come back to at the back end of the window.

“We’re going to have to analyse his condition when he comes out of the hotel. I think he’s still got another fix, six days remaining in the hotel. We’ve managed to get some fitness stuff to Alfredo in terms of a bike, in terms of some weights and equipment for him to train alone in his room, so we’ll analyse where he’s at in terms of his fitness.”

Rangers start their title defence in front of 23,000 fans at Ibrox on Saturday against David Martindale’s Livingston.

And Gerrard is confident that his team is ready to get their campaign off to a strong start.

“We have to embrace that pressure, of being last season’s champions,” he said.

“I think it’s important the players remain humble, grounded, and keep that hunger and try and keep the level of consistency we’ve played at over the last 12 months.”