The on-loan Everton striker says his future is "out of his hands" but UEFA group stage experience would appeal to him. 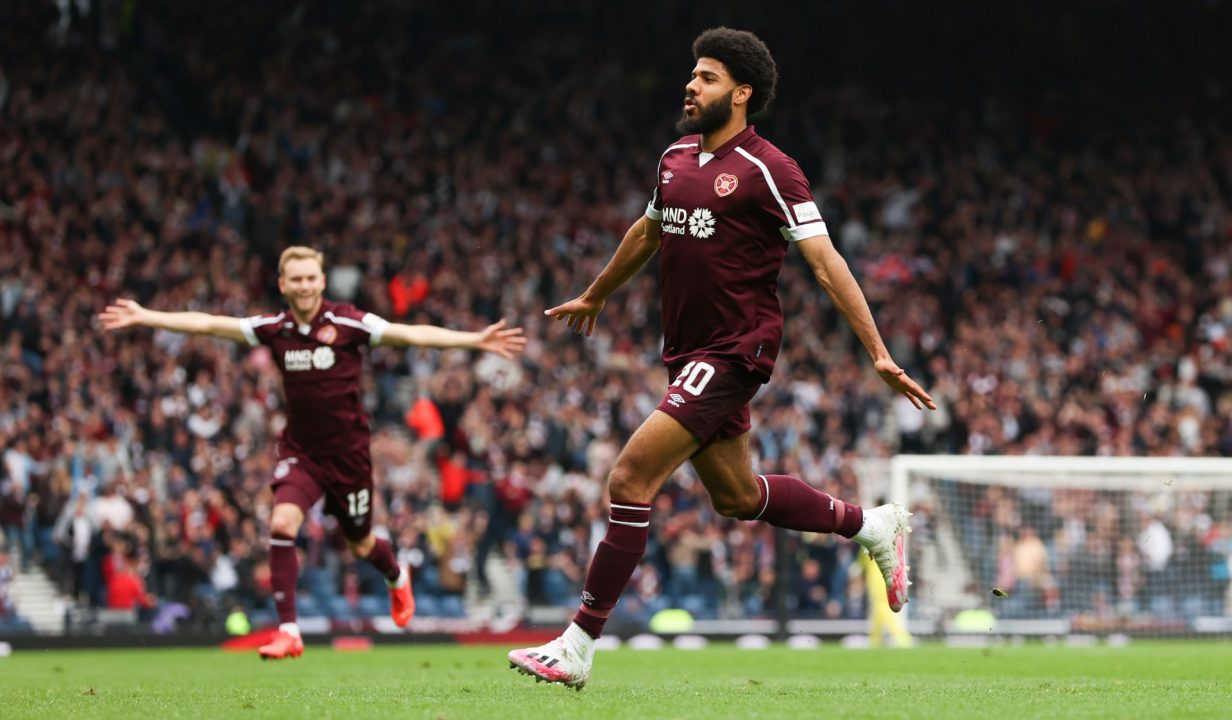 A crack at European football with Hearts next season would hold “massive” appeal for Ellis Simms – but he admits his future is in the hands of parent club Everton.

The 21-year-old striker has made a big impact in Scottish football since joining on loan in January, scoring seven goals including a vital Scottish Cup semi-final goal against Hibernian.

Robbie Neilson is keen for Simms to return to Tynecastle for another spell as Hearts prepare for group stage football in the Europa or Conference League competitions next season.

The player will return to Everton after Saturday’s Scottish Cup final and hold talks with the Goodison side over what comes next for him.

Simms said: “It’s not in my hands really, I have just come here to play football, focus on Hearts, do as well as I can and see where the future takes me.

“In football you never know. I’ve just kept my head down and hopefully next season will be a next step for me.

“[European football] would be massive. Every kid growing up wants to play in Europe.

“It would be a great experience to do that and it is a big stage as well so it is interesting.

“Playing in Europe at such a young age would be very exciting.”