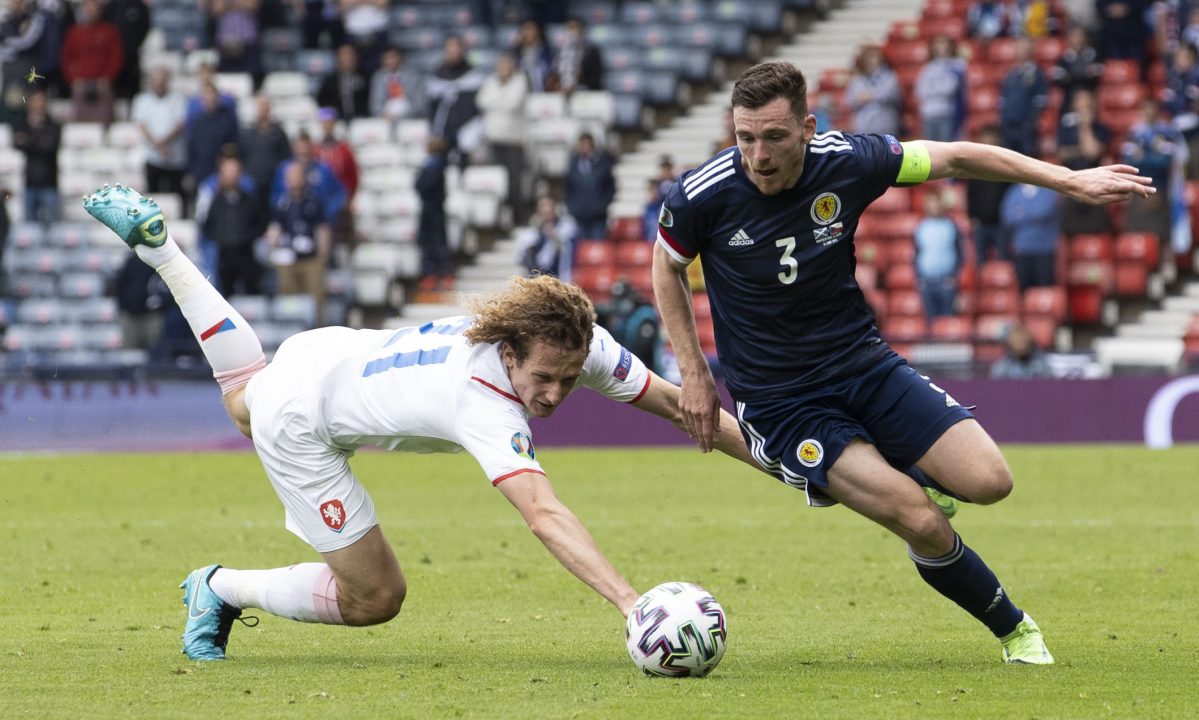 Scotland captain Andy Robertson says their Euro 2020 defeat to Czech Republic will provide a “learning curve” for the squad.

The Liverpool full-back still believes they are capable of getting out of the group if they are more clinical in their next two games.

Scotland take on England at Wembley on Friday before returning to Hampden to play Croatia in the final group game.

Robertson said lessons will need to be learned from the Czech defeat.

He said: “We need to take a lot of lessons from it, we made some mistakes, of course we did, but I think the main thing is we weren’t clinical enough.

“I don’t think anyone can argue that we didn’t create enough, we had chances to put the ball in the net, but we didn’t take them.

“At the highest level, if you don’t take your chances you get punished, and that’s what happened today.”

Robertson, a Champions League and English Premier League winner with Liverpool, hinted that a lack of big-game experience in squad may have hindered their chances against the Czechs.

He said: “I think maybe the first 10-15 minutes, some of us were a wee bit panicky on the ball and a bit erratic.

“I’m very lucky and guys like Scott McTominay have big-game experience as well, playing in cup finals, but you can never really prepare yourself for it and just have to live it.

“Once we calmed down, we started causing them problems, Dykesy had a good chance, I’ve had a good chance and we maybe could have had a penalty in the first-half and then second-half we created at least five or six chances.

“It was a tough game and a tough learning curve for us but we will certainly be better for it moving on.”

Robertson insisted the Scots will travel to London in confident mood later this week.

He said: “England are the best team in the group in terms of seedings, but we have to go into every game believing we are going to get something.

“I know it’s been a long time after 23 years and it was historic that we qualified, but we are not here to just enjoy that and make up the numbers, we want to compete at this tournament and try to get out of the groups and try to create even more history.”