Levein, who was also director of football at the relegated Edinburgh side, took charge for his second spell as manager in 2017 after the sacking of Iain Cathro.

But after a poor run of results in 2019, he was replaced initially by MacPhee on an interim basis before current boss Daniel Stendel took charge.

Both Levein and MacPhee continued to work in background roles after leaving the dugout.

Hearts confirmed the departures on Monday with a statement on their website.

“The club would like to thank everyone for their efforts at Hearts and we wish them well for the future.”

Former Scotland boss Levein played more than 300 games for Hearts in the 80s and 90s and had his first spell as manager between 2000 and 2004. 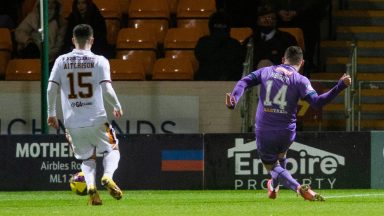