The winner will head to Cardiff for a final showdown with Wales on Sunday. 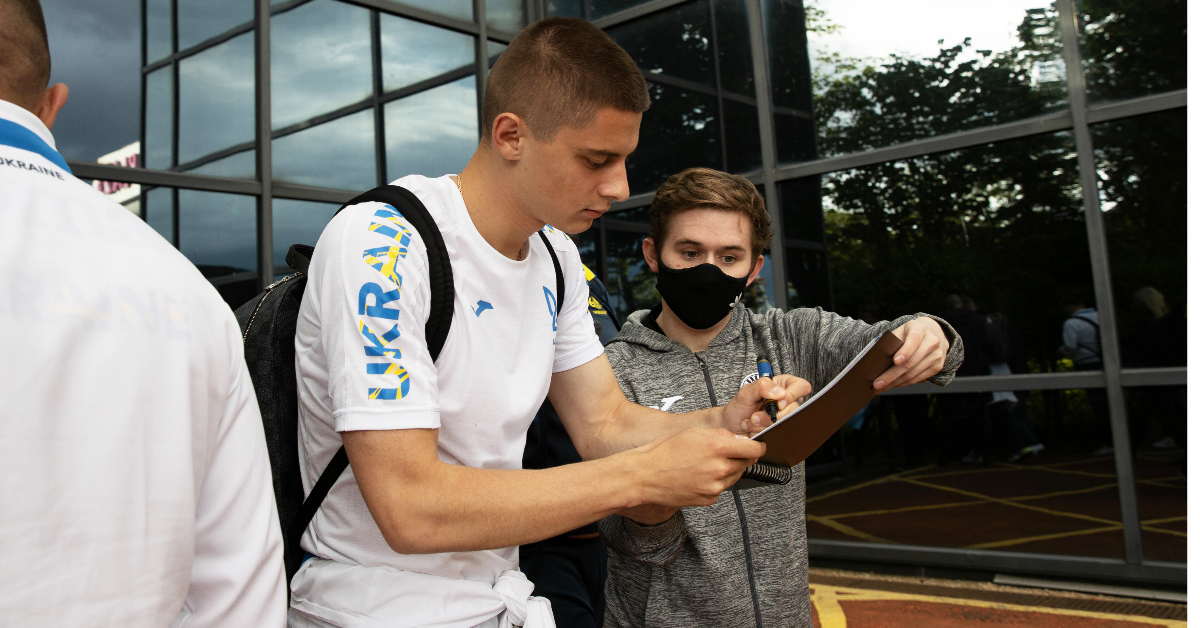 The winner will head to Cardiff for a final showdown with Wales on Sunday.

Here is a focus on Ukraine.

Aged 64, the Kyiv-born Oleksandr Petrakov has been involved in coaching and management since his playing career – predominantly spent in his homeland – ended in the early 1990s.

After a decade of coaching Ukraine’s national team at various age-group levels, he replaced Andriy Shevchenko as head coach last August, initially on an interim basis, before being handed the reins permanently in November.

Following the Russian invasion of Ukraine earlier this year, Petrakov and his wife refused to flee besieged Kyiv and he tried to sign up to Ukraine’s territorial defence forces, but his lack of military experience prevented this.

The majority of the squad are Ukraine-based and have been unable to play club football since the war began in February. They have been working together at a training camp in Slovenia to prepare for the Scotland game.

Of the overseas-based contingent, there are three representatives from the English Premier League in the shape of Everton defender Vitaliy Mykolenko, Manchester City’s Oleksandr Zinchenko and West Ham’s Andriy Yarmolenko, who has scored 44 goals in more than 100 appearances for his country.

Goalkeeper and captain Andriy Pyatov is the other centurion in the squad, while Benfica forward Roman Yaremchuk is one of the main Ukrainian dangermen.

Ukraine became a full member of FIFA and UEFA in 1992 and reached their first major tournament when they qualified for the 2006 World Cup in Germany, making it to the last 16.

They competed at their first European Championship in 2012 when they were joint hosts with Poland but suffered a group-stage exit. They also went out in the group stage of Euro 2016 and then missed out on World Cup 2018 qualification.

Their best major-tournament run came last summer when they reached the quarter-finals of Euro 2020 before being knocked out by England.

Given the exceptional circumstances, it is hard to read anything into Ukraine’s form.

As a result of the war in their homeland, they have been able to play only three fundraising friendlies against club sides in Germany, Italy and Croatia.

After losing 4-0 to England in the quarter-finals of the European Championship 11 months ago, they finished 2021 with a run of five draws and two wins, away to Finland and Bosnia-Herzegovina, under Petrakov.