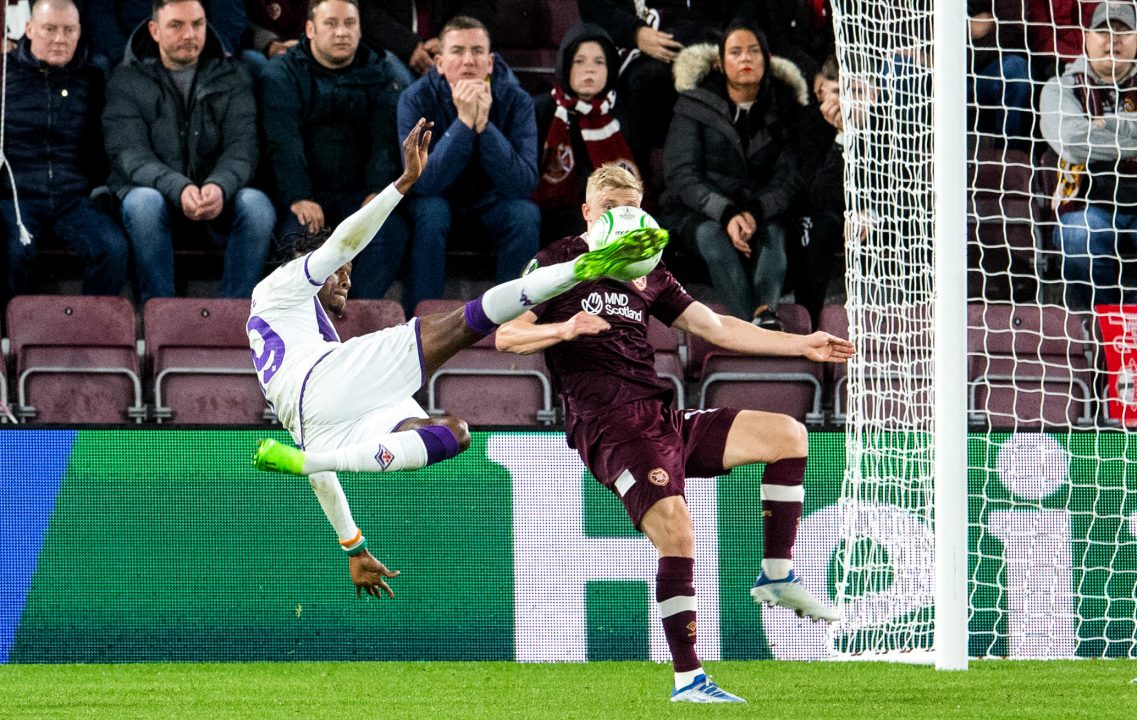 Hearts have suffered their second defeat of the Conference League group stages as Fiorentina get their first win with a 3-0 victory in Edinburgh.

The Italians now leapfrog Hearts into second place of the group following the game at Tynecastle on Thursday night.

Robbie Nielson’s men went into the game two points ahead of the Serie A side following their win over Riga on matchday two.

And the Hearts manager named an attacking side with Barrie McKay and Josh Ginnelly either side of Lawrence Shankland in a front three.

But the Italians opened the scoring with only five minutes gone when Rolando Mandragora was the first to react to a cross into the box and headed the ball past Craig Gordon to make it 1-0.

Hearts struggled to get a grip on the game in the opening stages as Fiorentina threatened to double their lead on a few occasions with returning Luka Jovic in particular looking dangerous.

The highly rated Serbian star was causing the Hearts defence all kinds of headaches as he looked to kill the game early on.

Stephen Kingsley picked up the first booking of the game for a tackle on Riccardo Saponara as the home side chased the game.

Fiorentina made it 2-0 just before half-time thanks to a spectacular scissor-kick by Christian Kouame and if they were being honest most of the Hearts fans in Tynecastle would have been relieved that it was only two when the ref blew for half time.

Hearts started the second brightly with McKay having a chance early on as they looked to get back into the game, but their task was made even harder when Lewis Neilson was shown a straight red card soon after.

It was about damage limitation from then on in, but Hearts did create one or two chances through McKay and Humphries but the visitors also had chances and Gordon was also forced into action to deny a third.

Hearts looked content to keep the score line to two, but Jovic finally got his goal when he burst through the defence and slotted it past Gordon to make it 3-0 with ten minutes to go.

It’s the third defeat for Scottish teams in Europe in as many days with Celtic and Rangers both losing in the Champions League away to RB Leipzig and Liverpool on Wednesday and Tuesday.