The Lisbon Lion has passed away at the age of 83. 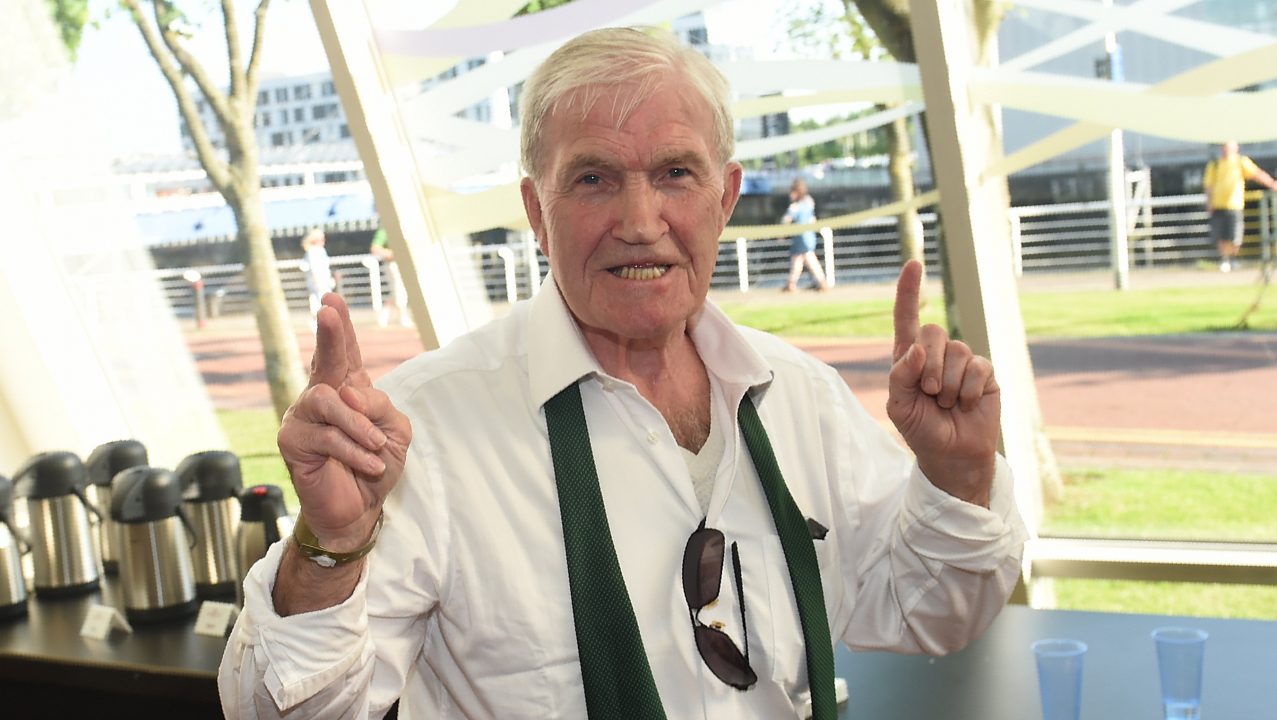 Figures from across Scottish football and beyond have paid tribute to Bertie Auld, the Celtic great who has died at the age of 83.

A club legend who lifted 13 trophies with Celtic including the European Cup as part of the ‘Lisbon Lions’ team in 1967, Auld also represented Scotland on three occasions and went on to manage four Scottish clubs.

Michael Nicholson, Celtic’s acting chief executive, said: “To lose Bertie is tragic news and we offer our prayers and support to Bertie’s family at such a difficult time.

“Bertie will always be remembered as one of Celtic’s greatest ever sons, part of a team that delivered the greatest prize of all to the club and its supporters.

“He brought so much joy to Celtic supporters on and off the field and we thank him and pay tribute to him sincerely for that.

“It was an absolute joy and privilege to be in Bertie’s company, and his brilliant spirit and sense of humour will live long in all our memories.

“He loved the club so much and, in turn, he was so deeply loved by us all as Celtic supporters.

“Bertie was just unique, there will never be another like him and this really is a very sad day. Our deepest condolences are with Bertie’s family.”

A Scottish FA spokesperson said: “We are deeply saddened to learn of the passing of Bertie Auld. Bertie was a much-loved figure in Scottish football, winning three caps for Scotland and famously lifting the European Cup with Celtic.”

Celtic’s city rivals Rangers tweeted: “Everyone at Rangers FC express sadness and pass on their sympathy to the Auld family and Celtic FC at the passing of former player, Bertie Auld.”

Dumbarton FC, who Auld managed for a spell in the 1980s, tweeted: “It is with very deep sadness that we have learned of the passing of our former player and manager, Bertie Auld, at the age of 83.

“The thoughts of everybody at Dumbarton FC are with Bertie’s family and friends at this sad time.”

Hibernian, another of his former clubs, also expressed their sadness, as did Hamilton Accies.

Auld played over 120 games for Birmingham City and won the League Cup with the club, as well as reaching the final of the Fairs Cup.

A club statement read: “Birmingham City is deeply saddened by the passing of Bertie Auld. A legend of British football, with success both in England and north of the border, Auld played a role in one of the football club’s most glorious eras.

“The thoughts of everyone at Birmingham City are with Bertie’s family and friends. Rest in peace.”

“Devastating news to hear that Bertie Auld has passed away,” he wrote.

“Bertie was a real legend, a lion and an absolute gentleman.

“He was a great player and a charming, funny, funny man. Thoughts and love and prayers go out to Bertie’s family.”

Broadcaster Jim White said: “So sad to hear of the passing of Celtic legend, Lisbon Lion Bertie Auld. Was honoured to be in his company on numerous occasions. Delightful, funny and kind.”

“My last beautiful memory, at his house, singing and feeling his joy. God bless you and RIP Bertie. A true Celtic legend and servant.”

Scottish Labour leader Anas Sarwar said he was “gutted” to hear of the death of Auld, who had supported his election campaigns and appeared alongside hims at political events in the past.

“Gutted to hear this,” he wrote.

“Not only was Bertie a footballing icon, he was kind, funny and so down to earth. A proud Glaswegian to his core. I will never forget the kindness and support he showed me personally. My thoughts are with the family of Bertie Auld.”

Celtic shared a video with some of Auld’s most memorable moments.

The caption read: “Bertie was always at the centre of things, happy to spend time talking about the club and recounting stories of when he and his teammates were the Kings of Europe and one of the best teams in the world.

“Bertie always loved being a Celt and the Celtic supporters loved him in return.”