Fay dreams of World Cup after progress with women’s rugby

After leaving football, Gemma Fay is leading the charge for Scottish women's rugby. 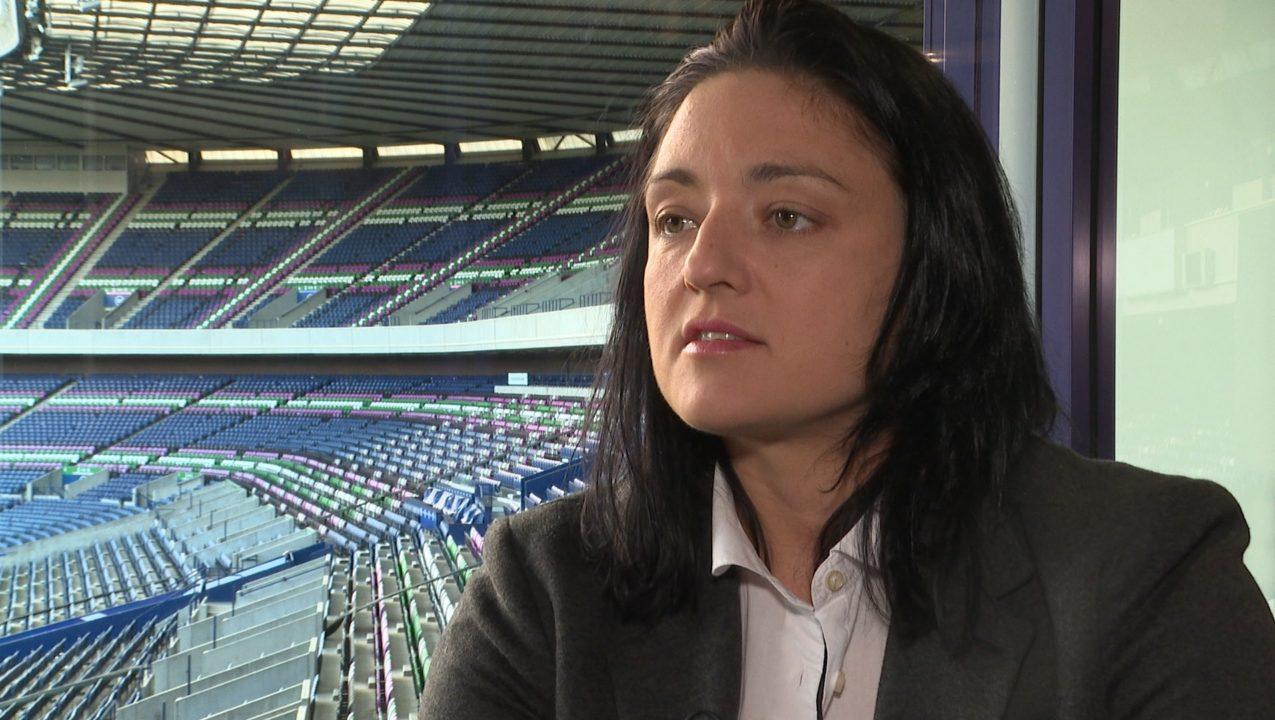 Women’s rugby chief Gemma Fay says the game in Scotland is on the right track as the senior squad prepares for the Six Nations and – their ultimate goal – World Cup qualification.

With more than 200 caps for Scotland in football, Fay switched sports to take up the role two years ago and appointed a new head coach, Philip Doyle, last year.

The former international goalkeeper is well settled in her new role and says her biggest task was building a framework for success before looking forward.

“One of the toughest things was building the performance system,” she told STV. “We came in and we didn’t have as much infrastructure as I would have liked us to have.

“The challenge is to qualify for the World Cup in 2021, the qualification is in September, and to do that we were already playing catch up with other countries around us that are vying for that spot.

“So for me the challenge was – not a lot of time to try and build something that would enable players a fair chance of that qualification.

While women’s rugby has been growing in popularity in recent years, the sport faces challenges that apply across the board in women’s sport and Fay sees positives in the shared experience of overcoming hurdles.

Though she points out critical differences in the finances and global operations of football and rugby, she sees lessons can be learned from how women’s football grew the club game and saw the talent pool expand as a result.

Step one is in increasing awareness of rugby as a sport for women and “putting an exciting product on display”, but from there Fay wants to share in the drive towards higher professional standards in the same way that football and netball in Scotland are pursuing.

‘I think what we’ll benefit from and what we have been benefiting from is the wave of positivity around female sport in general and that’s really important that we stick together as female athletes and female leaders in sport.’

“I think what we’ll benefit from and what we have been benefiting from is the wave of positivity around female sport in general and that’s really important that we stick together as female athletes and female leaders in sport,” she said. “Not just that, we’re getting more and more male advocates for the female game as well which is vital.

“Internally, I’ve had nothing but support from the senior leadership team within here in terms of how do make it better and how do we make it bigger. Part of my job is to ensure that the growth we have within the game is sustainable. It’s a fine balance between putting money and resources into something and putting money and resources into something in a way which will make the game grow at the pace in which it needs to grow.”

The most visible sign of success would be progress for the senior national team and having appointed a new head coach in 2019, the work to raise standards continues.

“We made a change last year with Philip Doyle coming in,” Fay explained.

“He’s got a great pedigree in the women’s sport after what he did with Ireland. So for us, it was really good to get him in.

“Over the last two years, we’ve been building the resilience of the players, so increasing the training load that they can take.

“Philip has come in and he’s inherited a team that’s physically in the best shape they’ve ever been, so for him, it’s just then about applying those principles that he has from his knowledge of female athletes, specifically, but also what it takes to win in these tournaments.”

Fay admits the last Six Nations “wasn’t the best” for the national side but this year’s competition is being eyed as a springboard for World Cup qualification and the chance to make a mark on the global game.

“In the Six Nations, we have three games which are Wales, Italy and Ireland, which we imagine to be the closest games and we’ve got targets internally within those,” she said. “We’ve got England and France, which is another beast altogether, but they’re at home, they’re at Scotstoun, which we love playing and we love the support we get there.

“But the other thing is the World Cup qualifier, which is a tournament in September.

“The Six Nations is fantastic, but all of this is about building towards that point because the World cup in New Zealand in 2021 is really something that the players are striving towards. There’s excitement around the possibility of getting there and that’s really what Philip’s charged with.”

On a personal note, the days of being a central figure in the rise of the national football team are in the past. Fay is now rugby-focused and facing the future with plenty to be positive about.

“I think two years ago today, I was still football training, because I still wanted to feel that buzz,” she admitted. “I haven’t played a game of 11-a-side in two years now, which is crazy because it seems like yesterday.

“I’ve made loads of mistakes, I’ll probably continue to, but I’ve learned lots. I’ve got a great team around me and I’m really positive about the future.”