Emotions were running high following the final whistle as the defeat began to sink in. 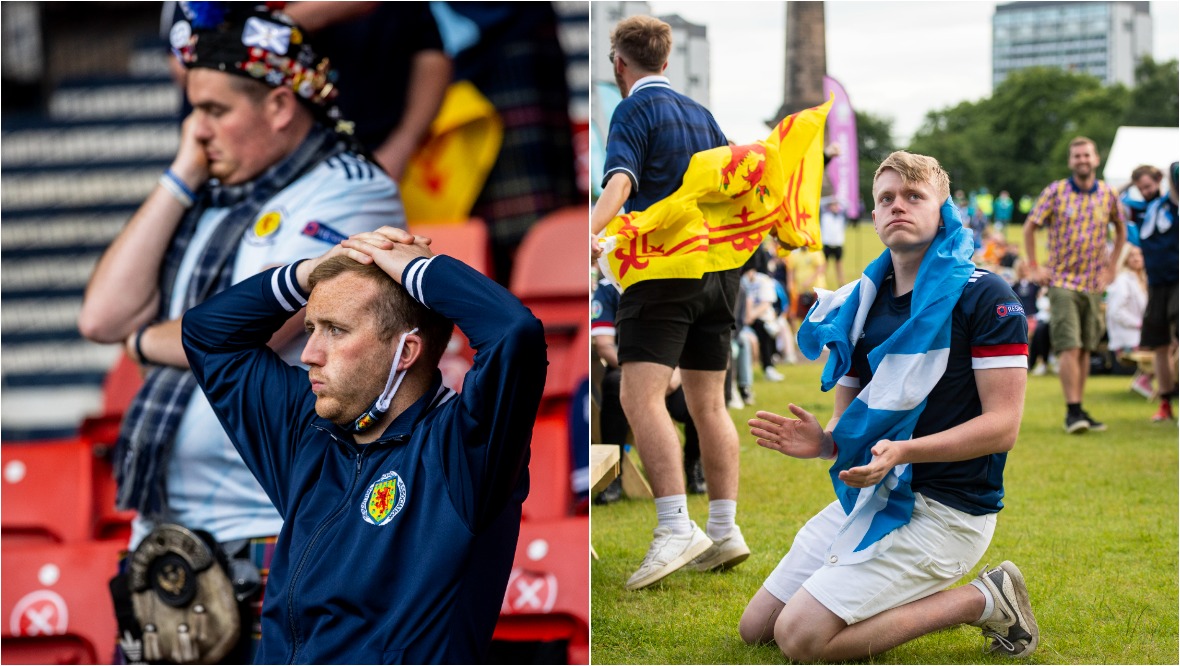 Fans have been left devastated after Scotland crashed out of the Euros following a 3-1 defeat to Croatia.

The national team failed to qualify for their first ever knockout phase of a major tournament after losing their final Group D game at Hampden.

Hopes of reaching the tournament’s last 16 were wiped out with just 12 minutes to go when the Croats scored their third goal.

Emotions were running high following the final whistle as it hit home with the Tartan Army that Scotland’s Euro 2020 dream is now over.

Many fans didn’t want to let the night end as they gathered in Glasgow’s George Square to show their support to the team.

“Your support throughout the tournament has been truly incredible.

“We cannot say it enough: thank you.”

First Minister Nicola Sturgeon took to social media to react to the news.

She wrote: “Not to be, but thank you @ScotlandNT for taking us to our first men’s tournament in 23 years – you’ve played your hearts out and we’ve been proud to cheer you on.”

TV presenter Lorraine Kelly wrote: “Our boys gave it their all. Played with such heart and passion.

“Thank you to every single one of them. It wasn’t to be this time. Still very very proud of our team. We have some astounding young talent and amazing fans. Next time. #Scotland.”