Famewo aims to use loan as springboard to Premier League

The defender, on loan at St Mirren from Norwich, says his loan will speed development. 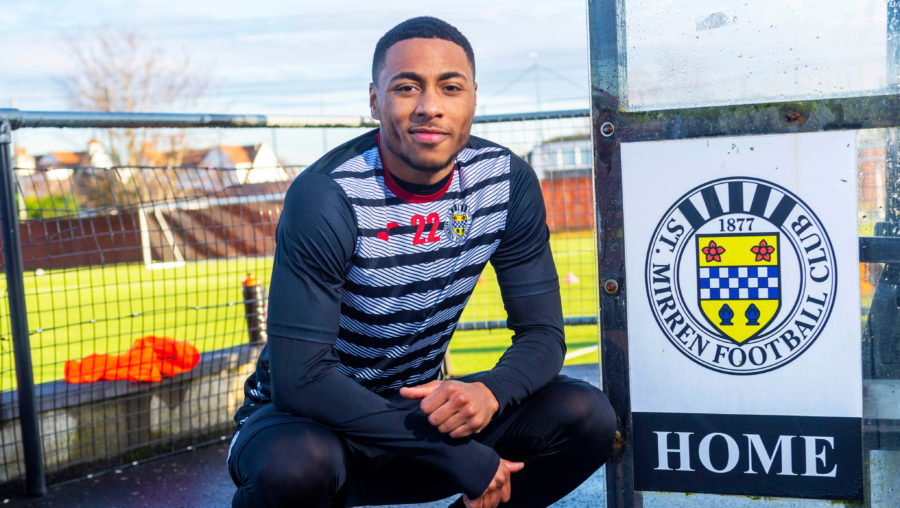 St Mirren’s new signing Akin Famewo believes he can use his time in Scotland to ready himself for Norwich City’s first team.

The defender has moved from the English Premier League side on a loan deal until the end of the season and says he is ready to “showcase” himself and further his game.

And the 21-year-old has a clear target in mind: pushing for first team football at Norwich on his return.

“I back myself and my abilities,” he said.

“I will be going (back) there to push myself to get into the first team and stay there.

“I was on the bench against Aston Villa and training with them every day since.

“I am not sure what it is missing but whatever it is I am looking forward to working on it and getting back down the road and playing.

“The manager told me it was a good opportunity to come here and get some games under my belt and come back and fight for a position.”

The centre-back said that he felt proper competitive football would help to take him to the next level but that he wasn’t going to assume he would just walk into Jim Goodwin’s St Mirren team.

He said: “I signed a new contract at Norwich, which gives me a lot of confidence, it is nice to have the feeling that the club is behind you and backing your ability. So it is all good vibes.

“First-team football is what you want to play. That is how you develop and get your name out there.

“It is only this year that I played under-23s football with Norwich. Before that I was in the first team at Luton.

“But I am not going to be an arrogant person, I am obviously going to work for it, showcase myself in training and be deserving of it.”

Famewo said that he spoke to Norwich midfielder Kenny McLean, a former favourite at St Mirren, before making the move and Goodwin revealed he had also spoken to his former teammate to get the lowdown on the player before finalising a deal.

“I always do my groundwork in terms of getting references,” the St mirren boss said.

“I love to speak to other players because they are always honest in their opinions.

“You can speak to a coach at an academy or a manager and sometimes they tell you what you want to hear because they are desperate to get the player out for experience.

“But when you speak to a player, especially Kenny who is a friend and ex-team mate, I know he wouldn’t have given me any nonsense.

“He couldn’t have spoken any more highly about Akin. He was captain of the under-23s team at Norwich.

“He was training with the first team since the start of the season, getting that experience with Premier League players.

“They gave him a new contract so they have real high hopes for him and we are very lucky to have him.”

Hunt for men who tried to lure schoolboys into car

Car plunges into sea after crashing through barrier