Broxburn Athletic are gearing up for a historic Scottish Cup encounter with St Mirren. 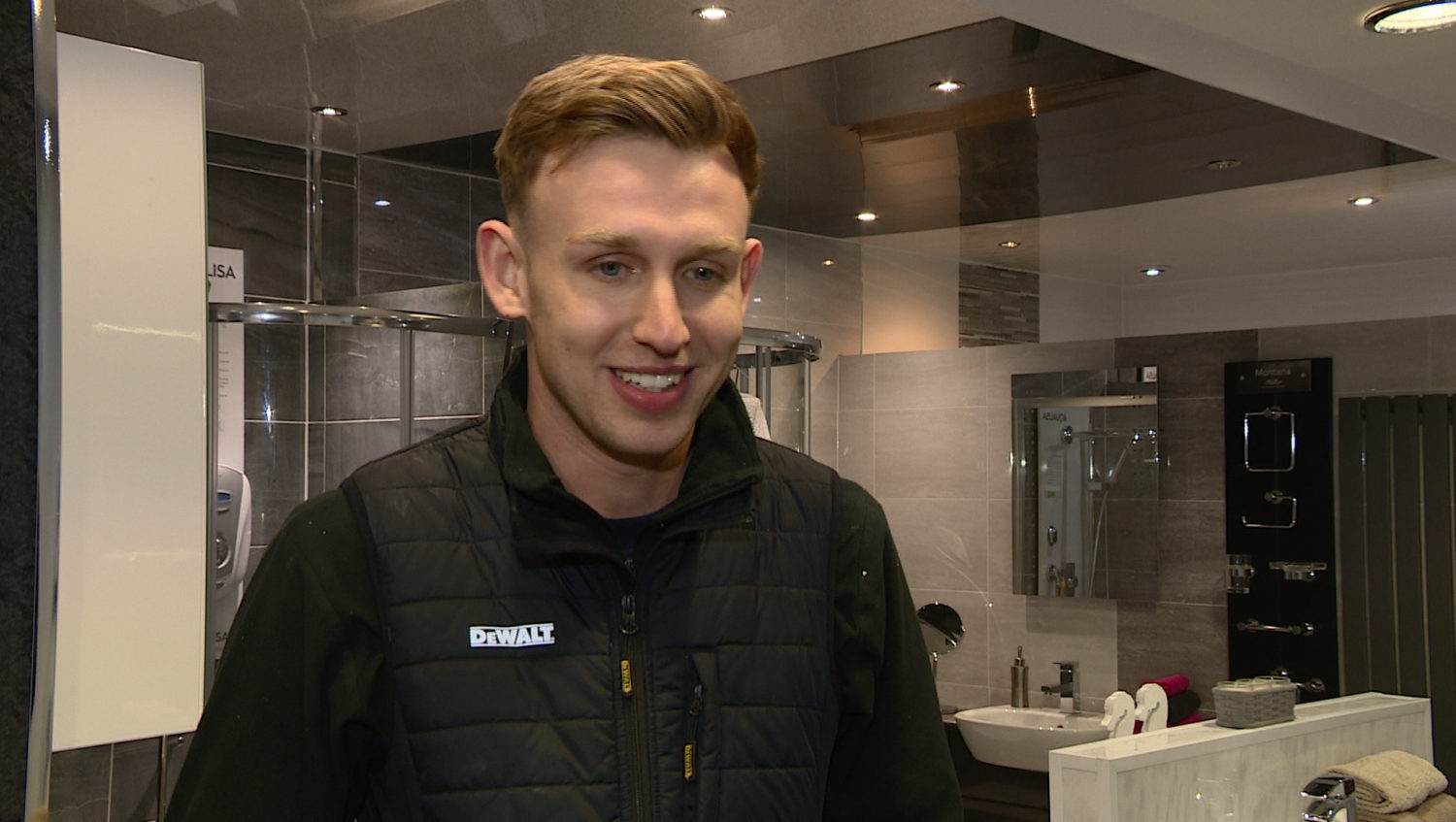 The Scottish Cup is famed for its David v Goliath ties and East of Scotland league outfit Broxburn Athletic are ready to step into the spotlight this weekend when they face Premiership side St Mirren.

Anticipation for the tie has been building in the town since the draw was made in November and 1600 tickets have been sold to fans for the trip to Paisley.

Broxburn have come through five rounds to reach this stage, beginning with a preliminary round win over Tynecastle and then knocking out Girvan, East Stirlingshire, Cowdenbeath and Inverurie Local Works.

The next tie is a huge step up in profile and difficulty and striker Zander Miller says he has been trying to keep things normal as cup fever builds around him.

Miller is his side’s top scorer in the competition but is keeping his mind on the day job, running a bathroom fitting company.

“To be honest it’s just been work as normal, fitting a bathroom today and hopefully we’ll train today,” he told STV. “It’s just been a standard week.

‘To be honest it’s just been work as normal, fitting a bathroom today and hopefully we’ll train today. It’s just been a standard week.’

“I’ve had customers coming into the showroom and they all know about the game and merchants that I’ve been going to are all excited so it’s a pretty big deal.

“The demand for tickets has been crazy, absolutely crazy. I’ve got my closest family, my wife, mum and dad, grandparents, in-laws, they’re all coming. As it gets closer and closer people are wanting more and more tickets because they see the hype for the game, they see how big the game is for me and for Broxburn itself.”

Broxburn manager Brian McNaughton knows his side are huge underdogs in the tie but believes his players deserve recognition for how far they’ve come, and that they won’t let anyone down on the day.

“It’s been fantastic, it’s been a great sort of journey. And it’s down to the committee because they put a lot of work into getting our licence at the end of last season or we wouldn’t be in the Scottish Cup.

“I think it will be really difficult. I think we’ve got to be realistic. It’s tier one against tier six. I’ve watched St Mirren three times since the draw, they’re a very good team, full time players and it will be really tough.

‘We’ve got bricklayers, we’ve got guys that fit kitchens and bathrooms, they come with their work gear on to training at night, do their training and head away home.’

“If we can stay in the game as long as we can, put in a good performance, well be more than happy.

“We’ve got bricklayers, we’ve got guys that fit kitchens and bathrooms, they come with their work gear on to training at night, do their training and head away home.

“That’s the reality and we’re playing against a full time club who spend all their week preparing for the game.

“The most important thing is: as long as we go out and do our best. And we will.

“We’ll try really hard, they’re a great bunch of guys who work really hard all the time. And if, at the end of the day, we get a positive result, that’s a bonus.

“I’d love to score, at the Broxburn end, but we’re realistic in what we’re up against – but never say never.”