USA had the better chances in the Group B match. 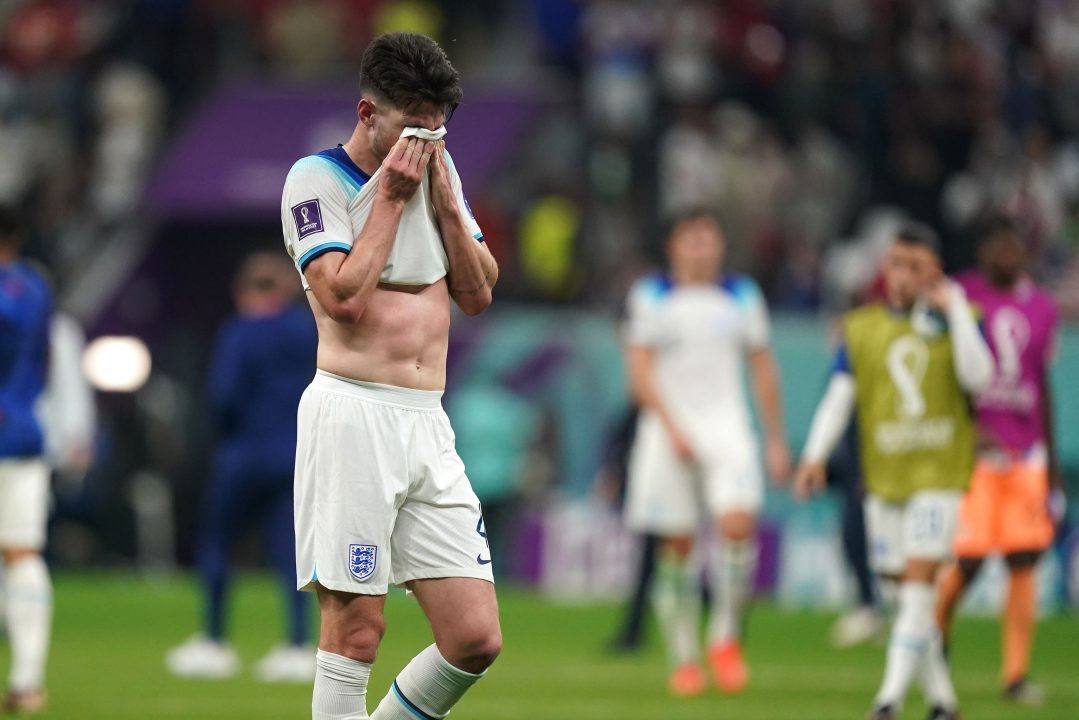 Boos greeted the final whistle as England blew their chance to qualify for the World Cup knockout phase with a match to spare in a turgid 0-0 draw with the United States.

Monday’s 6-2 thumping of Iran represented their best start to a major tournament, but Friday’s loose and lacklustre performance brought Gareth Southgate’s side back down to earth.

The US maintained their unbeaten record against England on the world stage and went close to winning Friday’s Group B clash in Al Khor, where Christian Pulisic rattled the crossbar in an ultimately scoreless encounter.

Progress to the last 16 remains in England’s hands, but this match is a wake-up call that increases the pressure heading into Tuesday’s eagerly-anticipated clash with neighbours Wales.

Southgate publicly warned his side to up their game in the immediate afterglow of the Iran thrashing but did not get the desired response from his unchanged team.

The US should have punished a passive first-half performance at the imposing Al Bayt Stadium, where Pulisic hit the bar with a wicked strike as Gregg Berhalter’s Americans played at full throttle.

There was none of the swagger seen when England swatted aside Iran, but things could have been different had Walker Zimmerman not been alert in the 10th minute.

Jude Bellingham played on to overlapping Bukayo Saka, with Monday’s man of the match cutting back for Kane to hit a strike that the US defender met with an important block.

Harry Maguire – serenaded by the travelling fans on his 50th appearance – danced into the box after the resulting corner was cleared, but the US soon grew into the game.

England were all too easily played around when Haji Wright headed Weston McKennie’s cross wide, and bigger chances followed.

Smart build-up ended up with Timothy Weah sending over a whipped cross that well-placed McKennie lifted over in the 26th minute.

It was a warning shot that England failed to heed and Southgate’s side were breathing a sigh of relief seven minutes later.

Former England youth international Yunus Musah played across to Pulisic, with the Chelsea man jinking onto his left foot and unleashing a rasping drive that smashed the crossbar.

Sergino Dest saw a shot blocked and Pulisic headed off target before their opponents belatedly showed flickers of life late in the first half.

A nice bit of skill from Luke Shaw led to a cross turned over by Saka, and Raheem Sterling put Mason Mount in to get away a stoppage-time strike that Matt Turner pushed wide.

The second half continued in a similar pattern.

Maguire was playing impressively and did well to head away a corner that unmarked Zimmerman looked bound to power home from close range as the US continued to cause problems.

Southgate’s lack of changes was surprising given Plan A was not working against increasingly confident opponents, with backpedalling Jordan Pickford flapping at a Pulisic corner.

Jack Grealish and Jordan Henderson replaced Sterling and Bellingham as the England boss eventually looked to change the dynamics with a quarter of the match remaining.

There was a slight improvement, but things were still not really clicking. Marcus Rashford replaced Saka as the US made changes of their own and jeers met England’s patient play around the back.

Still, play remained ponderous. Rashford saw a hopeful effort stopped and Maguire was unable to get a clean connection on a Kieran Trippier corner.

Grealish won a stoppage-time free-kick that Shaw crossed in only for Kane to header wide. Loud boos echoed around the ground at full-time as attention turns to Wales.