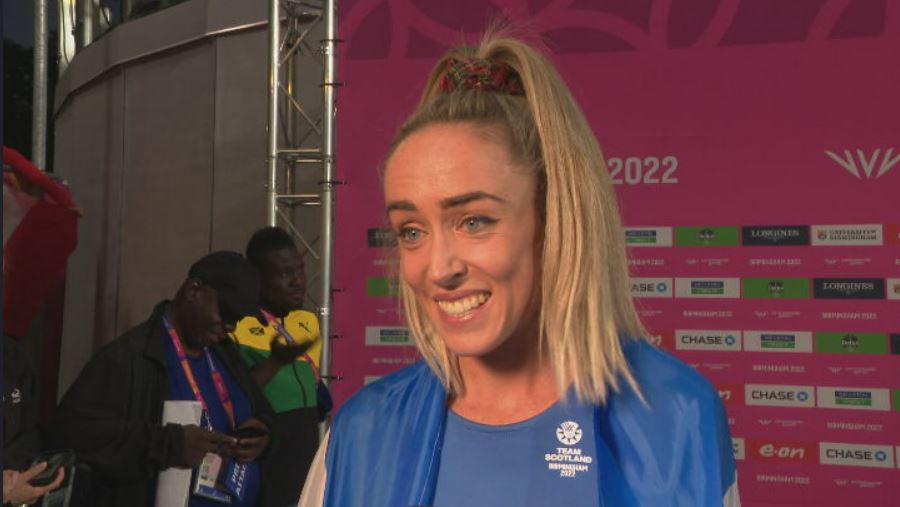 Eilish McColgan has won Commonwealth gold in the 10,000 metres 32 years after her mum was victorious in the same event.

The 31-year-old came back to defeat Kenya’s Irine Cheptai after the Kenyan who built up a lead going on to the back straight and looked like a certain winner.

And following the victory she said she “can’t stop smiling”.

She said: “I knew that there was a chance to win a medal tonight and for it to all happen in front of a home crowd, and to have my family here, I can’t stop smiling.

“It’s it’s just a crazy series of events and to follow literally in my mum’s footsteps is surreal.”

Her mother Liz McColgan won the same race at the Commonwealth Games in both 1986, in Edinburgh, and 1990 in New Zealand.

McColgan junior beat both of her mum’s times.

Elsewhere Duncan Scott won his second gold of the Games in the 200 metres individual medley and Sarah Adlington added to her medal collection with top prize in the 78kg category.

First Minister Nicola Sturgeon was full of praise for the Team Scotland athletes.

She said: “What an absolutely amazing night for Team Scotland. Congratulations to all our medal winners so far in these Commonwealth Games.

“Every medal is special, but what a tear in the eye to see Eilish Mccolgan match her mum’s 1986 gold.”

Earlier in Birmingham Team Scotland’s Rosemary Lenton has become a Commonwealth gold medallist at the age of 72 with victory in the women’s pairs B6-B8 final alongside Pauline Wilson.

Lenton, who was formerly a competitive sailor and cyclist, was making her Games debut in the para bowls, two decades after complications from a routine surgery led to her needing a wheelchair.

What began as a close final against Australia’s Cheryl Lindfield and Serena Bonnell, level at 5-5 in the early going, became a blowout as Lenton and Wilson triumphed 17-5.

“We always knew we could do it. In the round-robin we didn’t always produce it, but when it really mattered we did, and that’s the important thing.

“It’s the first time that women’s para bowls has been included. I thought I would never get to a Commonwealth Games and if I did it would be as a spectator. This is effectively our Olympics because we cannot get any higher.”