The centre-back praised Connor Goldson for coaching him through the win over Braga. 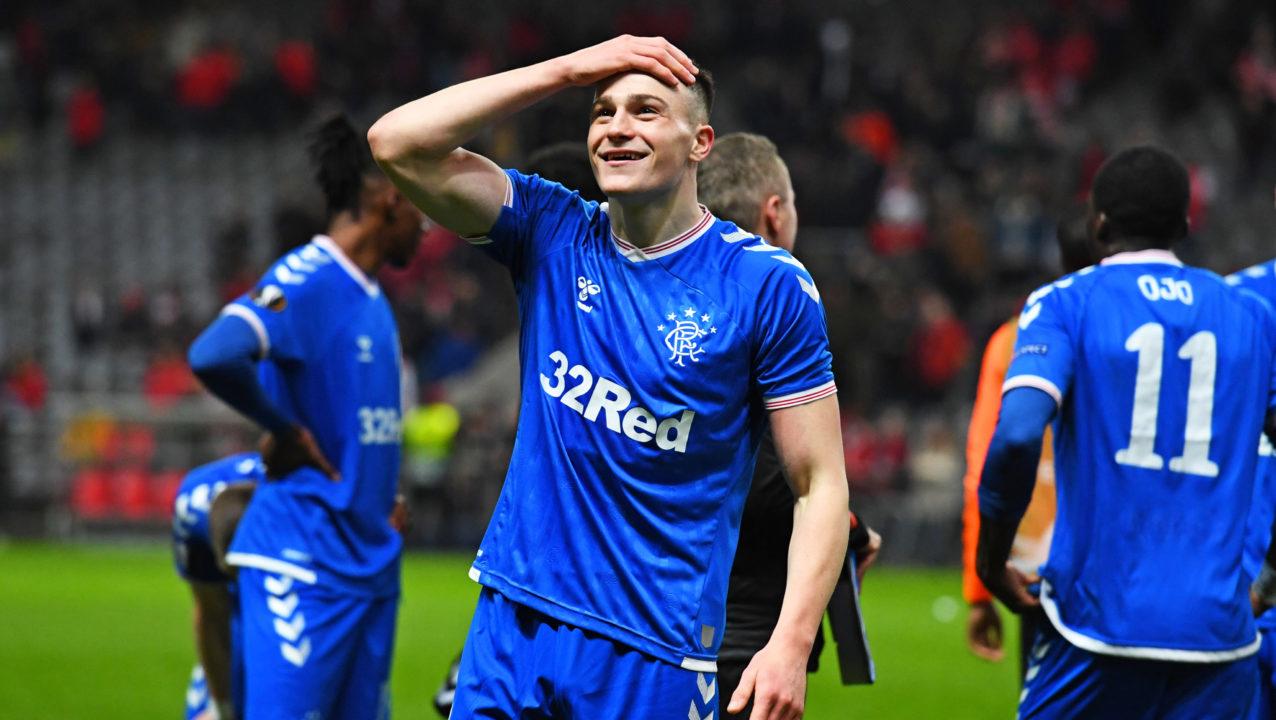 The 22-year-old was called into the team by Rangers boss Steven Gerrard to replace Nikola Katic and helped shut out Braga as the visitors won 1-0 in Portugal and 4-2 on aggregate.

While Ryan Kent’s goal sealed the victory, Edmundson said the whole team played their part in following the tactical plan and saw it pay off with a place in Friday’s draw.

“We spoke about it during the week, how we were going to play,” he said. “I thought we nailed our game plan to a T.

“That’s exactly how we wanted it to go.”

Edmundson hasn’t been a regular first team fixture and his only previous European experience was in the qualifying round. He said Gerrard had told him to “do the basics well, be confident and be solid” and said Connor Goldson had helped talk him through the game.

“Connor was massive,” he said. “He’s been massive for me.

“People probably don’t realise the things he does in games, how he coaches you and acts like a captain. He’s really good for me and improves me every day.”

Rangers manager Steven Gerrard said: “The partnership of the two centre backs tonight was faultless. George was thrown in at the deep end but there’s one way to get European experience. At some point a manager has got to trust you to go in, whatever the challenge is.

“He stepped up and he fancied it and he delivered with the help of Connor, who played like a captain, like a leader.”