The managerial great has been commemorated with a statue at Tannadice.

A statue of Jim McLean has been unveiled at Dundee United’s stadium on the day before the Dundee derby.

The bronze statue was commissioned after fans of the club raised £62,000 to remember McLean, the club’s most successful manager and one of the best that Scotland has produced.

McLean’s wife Doris and his two sons were present at the unveiling, along with United chairman Mark Ogren, first team manager Tam Courts and fan representatives.

The statue, created by Alan Heriot, depicts the manager holding the Premier League trophy, marking the club’s league success in 1983, the only time the team has won the trophy.

McLean built a team on a shoestring budget to win the league and back to back League Cups, as well as succeed in Europe. Under the manager United reached the semi-finals of the European Cup in 1984, and the UEFA Cup final three years later.

A former player with Hamilton Accies, Clyde, Dundee and Kilmarnock, McLean was manager of United for 22 years and went on to become a director and chairman at Tannadice. 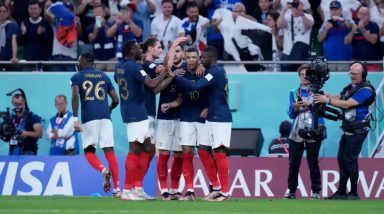