Scott has won four medals in Birmingham bringing his Commonwealth Games total to 11. 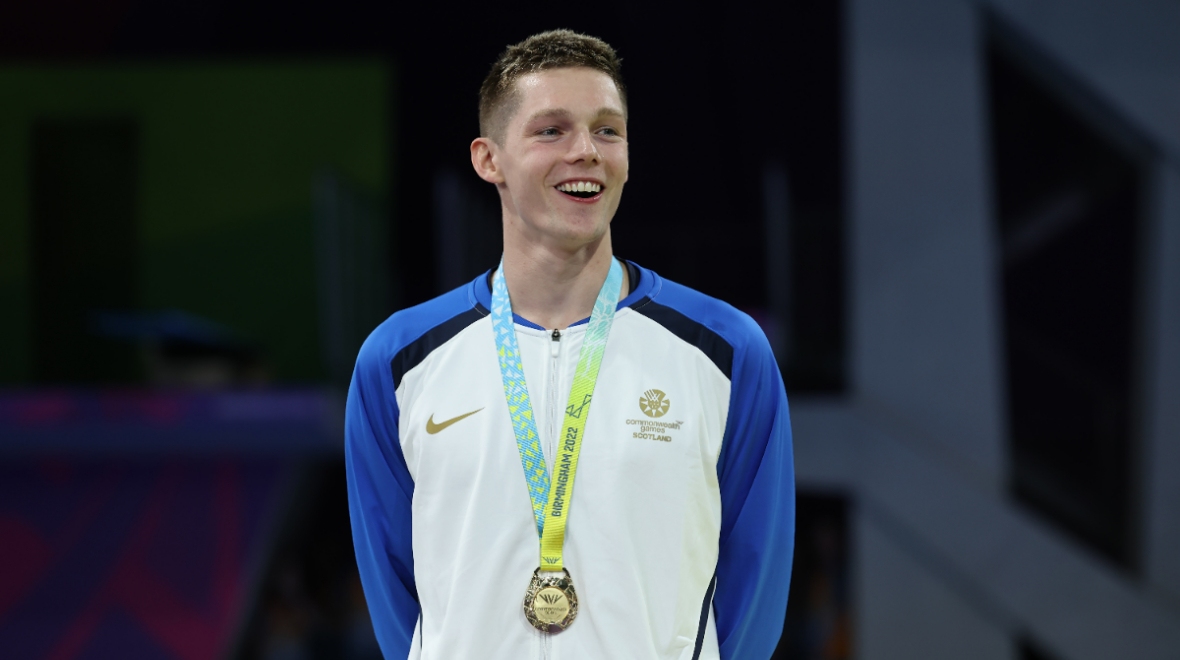 Duncan Scott has revealed his pride in representing Scotland after winning his fourth medal in Birmingham that makes him the country’s most successful athlete in the history of the Commonwealth Games.

A bronze in Monday night’s 100 metres freestyle, added to his Gold in the 200m event on Saturday and another third place in the 400m individual medley, brought the swimmer’s medal total at the Games to a record equalling ten.

Another bronze in the men’s 4×200 metres relay took him to a total of 11 and makes him Scotland’s most decorated athlete in the competition’s history.

And the 25-year-old from Alloa, who has also won eleven Olympic Medals for Team GB, said getting the chance to represent Scotland is ‘special’:

He said: “It’s something we don’t get to do much in swimming, represent Team Scotland, every four years the Commonwealth Games comes around, so it’s quite a special moment.

“The team in aquatics is so close, we have all competed against and trained with each other for around five or ten years so it’s always a close knit group and I always really enjoy it.”

Scott started off his Commonwealth medal winning with a silver medal as a teenager in Glasgow 2014 before taking home four bronze, one silver and one gold four years later in Australia.