Clarke said his side didn't play at their best in the crucial play-off. 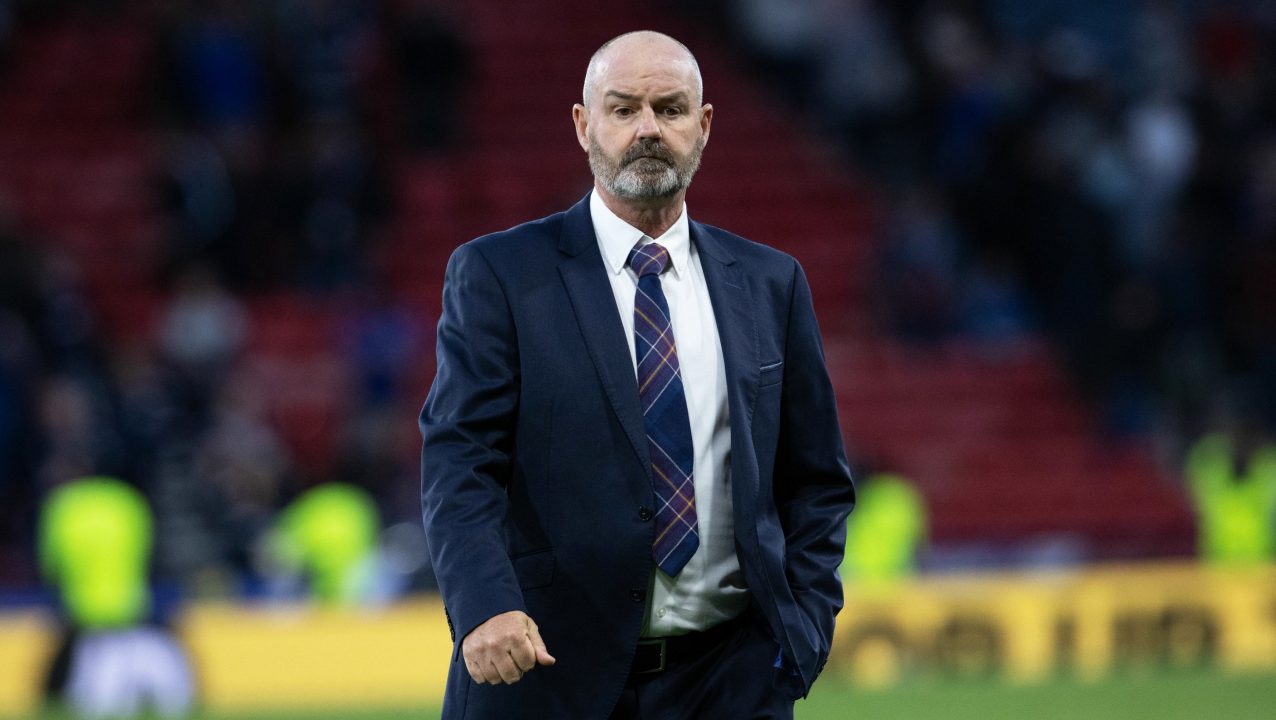 Ukraine took a 2-0 lead through Andriy Yarmalenko and Roman Yaremchuk before Callum McGregor pulled a goal back for the hosts, but as Scotland chased a late equaliser, a breakaway goal from Artem Dovbyk decided the contest at Hampden Park.

The visitors now progress to Sunday’s play-off final against Wales hoping to seal a place at Qatar 2022, while Clarke was left to rue the fact that his side weren’t anywhere near their best on the night.

“My initial thoughts are that the best team won the game,” the Scotland boss said. “It’s obviously disappointing for us.

“Sometime the opposition play better than you and that was the case tonight.

Clarke saw his team outplayed in the early stages and only get to grips with the opposition when two goals behind and with an uphill battle to salvage anything.

“We didn’t pass the ball well enough in the first half,” he said. “And that’s also credit to Ukraine, they pressed us and got on top of my two ball-playing midfield players. We couldn’t really get out.

“I decided to make a change at half time to try and address that and get another midfield player on the pitch to try and play through the lines. Before we had a chance to play with that system in the second half we were two goals down. From there it was a long way back.

“The first half, we didn’t play as we can play. Sometimes that happens in football. When we made the change, at 2-0 down we did get a foothold in the game and started to create some chances.

“We scored quite late and it becomes a frantic chase. When it’s frantic the ball rarely falls for you.”

Despite the setback, the coach was keen to point out that the team had progressed over the last couple of years and would look to bounce back quickly.

“The first thing you have to do is suffer together,” he said.

“We have 24 hours to feel sorry for ourselves, we will analyse the game as a group and what we will try and do is try to get back on the horse, for want of a better phrase, and we will go again.

“What we shouldn’t forget is the progress that we have made over the last three years, we came here eight games unbeaten but it was Ukraine’s night so congratulations to Ukraine.

The manager will now look to lift his squad for the upcoming Nations League matches against Armenia and Republic of Ireland next week.