The Hearts boss was thrilled by his side's performance in the Europa Conference League. 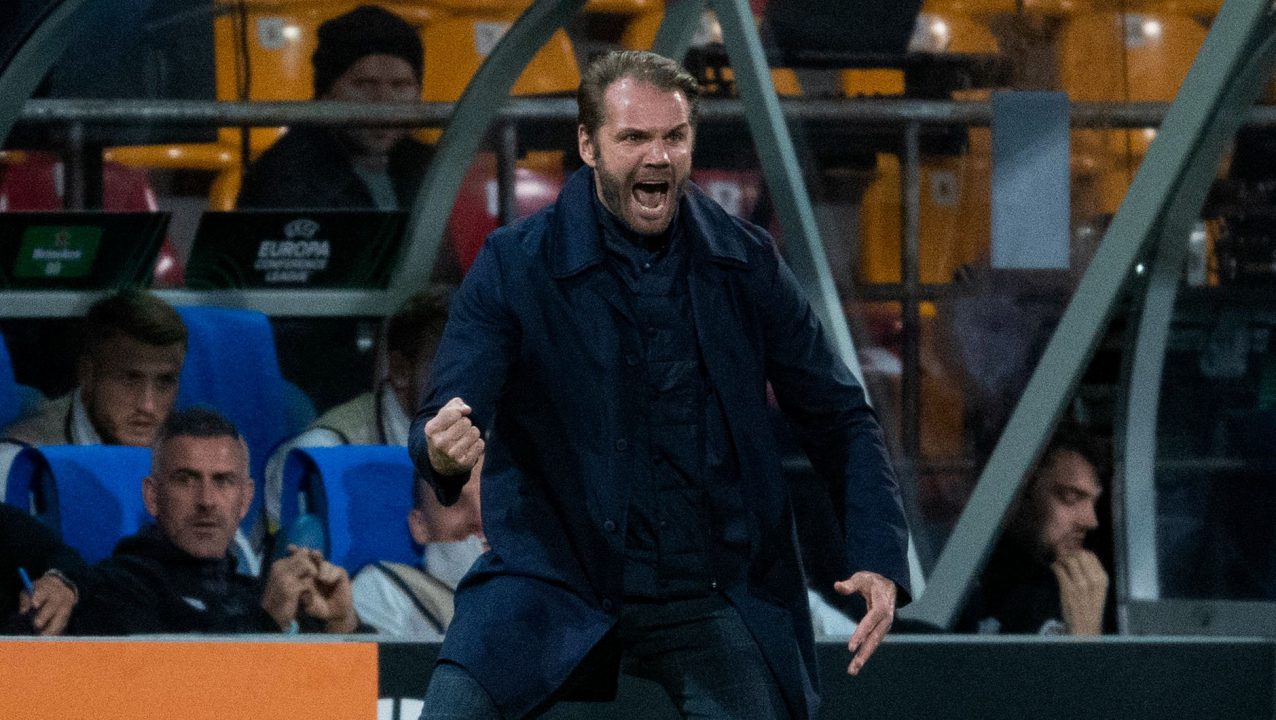 Robbie Neilson expressed his delight at Hearts’ 2-0 win over RFS in the Europa Conference League and said the club’s supporters would enjoy a memorable night out in Riga celebrating.

The Tynecastle side bounced back from defeat to Istanbul Besaksehir with a much-improved performance and moved up to second in the group table.

Hearts opened the scoring against RFS with a Lawrence Shankland penalty just before half time and capped off a fine performance with a late counter-attack goal from Alan Forrest as they picked up three well-earned points.

Neilson paid tribute to the players but said the most important thing was rewarding those 2000 fans who made the journey to cheer on their side.

He said: “I’m absolutely delighted, it’s going to be a raucous night in Riga that’s for sure.

“What a night they are going to have tonight, they have backed this club to the absolute hilt, they put their money in every month.

“It’s expensive to come here at this time of year, hopefully we have repaid them a bit.”

The Hearts boss said that it was “magnificent” to be sitting second in the group and predicted that his side would be in a three-way fight with RFS and Fiorentina for the runners-up spot. But before turning attention to the double-header against the Italians, he said his side’s focus had to be on a trip to Motherwell.

“We played Istanbul last week and I think they will run away with the group because they are a top, top team,” Neilson added.

“Fiorentina are very good but we have a chance against them at Tynecastle next week and then after that away from home.

“I just told the boys – tonight is brilliant, great, enjoy it but we go to Fir Park on Sunday so we have to be ready for that.

The manager also gave an update on Craig Halkett after the defender was forced off with injury just 20 minutes after returning from a four-week lay-off, and had praise for teenage defender Lewis Neilson who came on in Halkett’s place.

“He felt a wee twinge in the same spot and felt it was better to come off,” Neilson explained.

“He won’t make Sunday but then we have a couple of weeks and I am hoping he’ll be back after that.

“It keeps just flagging up a wee bit, which is disappointing. We’ll see.

“Lewis Neilson was outstanding, for a 19-year-old kid to come in and play Conference League like that against a very good team.

“Physically he did well and on the ball he was outstanding as well. In time he will be a top player.