‘That’s what I’m there to do, to link the play up and then score goals’

Lyndon Dykes became the first man in over 50 years to score in four successive Scotland games. 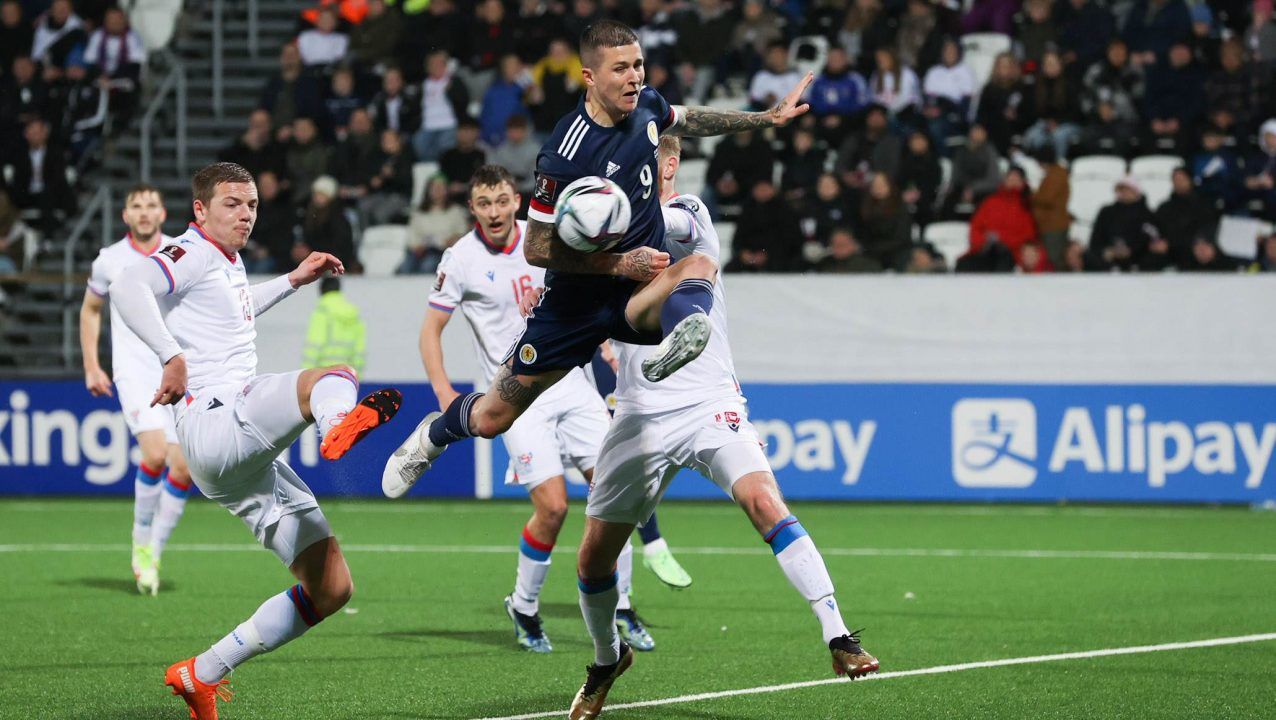 Lyndon Dykes celebrated a goal against Faroe Islands that saw him equal a 52-year-old record but said the most important thing was securing three points for Scotland in World Cup qualifying.

The forward scored the only goal of the game in the 86th minute in Torshavn, becoming the first player to net in four consecutive Scotland games since Colin Stein in 1969, and the first to score in four successive Scotland appearances since Scott Booth in 1995.

Dykes, who had a choice between playing for Australia or Scotland before being persuaded by Steve Clarke, said that making history was part of the reason he committed to the team.

“It’s amazing,” he told STV. “Obviously, playing as number nine you want to score goals, especially in big games and when you’re getting the three points for the team.

“But when you hear about records like that, that’s something I wanted to join Scotland for in the first place and why I picked them.

The striker’s goal-scoring run has been a key part of Scotland’s recent run of results that have put them in pole position for a World Cup play-offs place.

“That’s what I’m there to do, to link the play up and then score goals,” he said.

“At the moment, it’s happening for us and happening for myself so I’m feeling really good and hopefully we can keep banging goals in.”

Scotland were far from at their best against the Faroes and looked set to drop points before Dykes’ crucial intervention. He admitted the performance wasn’t one that the Tartan Army would want to see again but said that securing the three points was the primary target.

“It was tough,” he said. “I don’t think we helped ourselves but you’ve got to give credit to the Faroes team.

“They’re organised, they did very well and they had good chances but that was probably off our mistakes and the way that we were playing the game.

“We can always do better but at the end of the game we got the result that we came here to get.”

There was a blow for Dykes in the match though, when a yellow card for an aerial challenge meant that he is now suspended for the match against Moldova next month when Scotland hope to seal their play-off place.

“I knew I’d been on a yellow card for a while now and I was trying my best not to get yellow carded, especially with the run that I’m on,” he said.

“Going up for headers, I’m jumping with my arms and I think I catch him maybe. I thought it was quite soft but the referee… you try to be nice to them but… it is what it is.”