Davidson: Scale of St Johnstone’s achievement hasn’t sunk in yet

The St Johnstone boss paid tribute to his players and to the Brown family after double success. 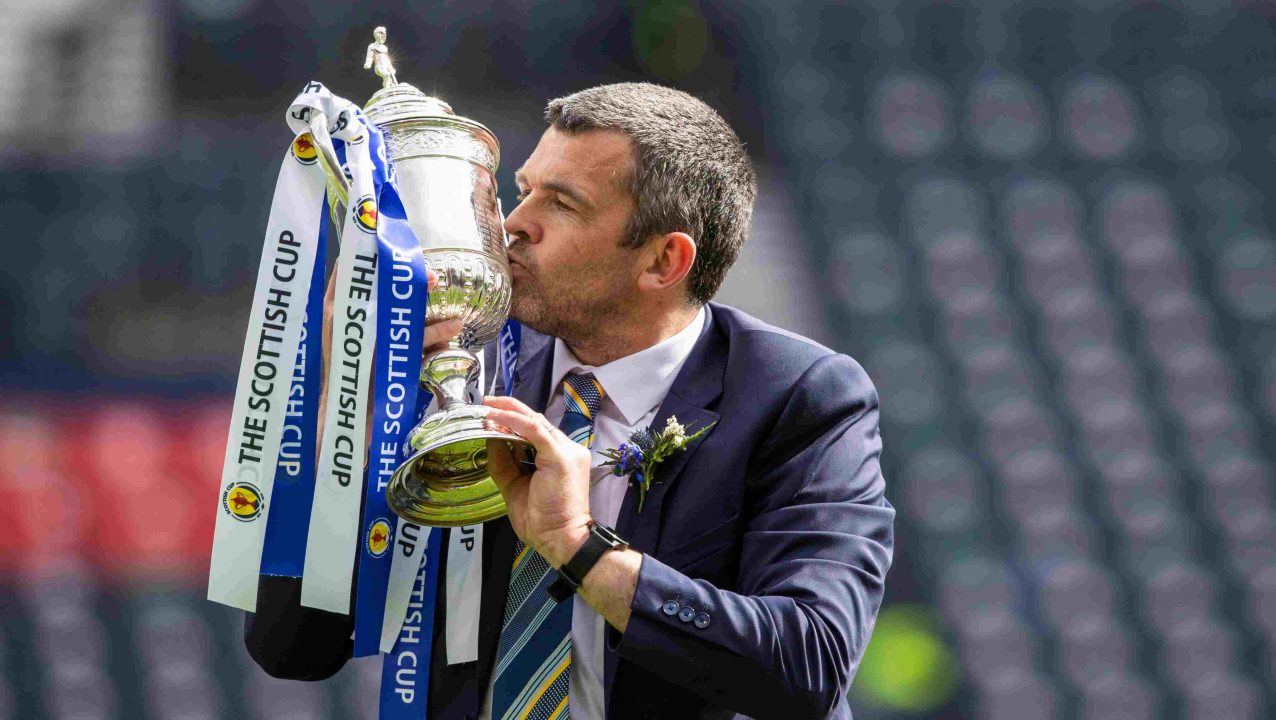 St Johnstone manager Callum Davidson says his team can congratulate themselves on “an unbelievable achievement” but say that the success of winnig both cups hasn’t sunk in for him yet.

The Perth side defeated Hibs 1-0 in the Scottish Cup final at Hampden to lift their second cup of the season after becoming League Cup champions in February.

Shaun Rooney’s first half header sealed the win, with the wing-back also having scored the League Cup winner, to cap the most successful season in the club’s history. St Johnstone’s only previous major trophy win was the Scottish Cup in 2014.

Davidson guided the club to the double after coming through a testing time in recent weeks, when a covid outbreak at the club saw players and staff having to go into isolation, and to train and work differently as they tried to contain the situation. he said that made it even more difficult to comprehend the success.

“It hasn’t really sunk in yet,” he said. “I think all the emotions in the last couple of weeks have been about the Covid issues and trying to prepare for the game as best we could.

“So I don’t think it’s quite sunk in that we’ve won the double and the achievement that is for a club like St Johnstone.”

The former defender paid tribute to his squad but also said that recognition was due for the Brown family, who have owned and run the club as it has risen to prominence.

“I think Rangers, Celtic and Aberdeen have managed to do [the cup double] so it’s an unbelievable achievement by the players,” he said. “And you have to credit the Browns.

“The club in the late 80s were bottom of the second division basically and Geoff built the club brick by brick back up the way. For them to achieve this, this season, is a massive credit to them.

“They’re big St Johnstone fans and put all their time and effort into the club. The people of Perth can be really proud of them.”

Davidson, who insisted his target for his first season as management had simply been to avoid relegation, said it was a shame that fans hadn’t been allowed at Hampden to witness either victory, but said that the club would explore the possibility of a party for supporters when it was safe for people to gather.

“It’s something we need to celebrate,” he added. “Hopefully by the end of June we can go out and do something.”