The St Johnstone boss says all credit goes to his players for another cup triumph. 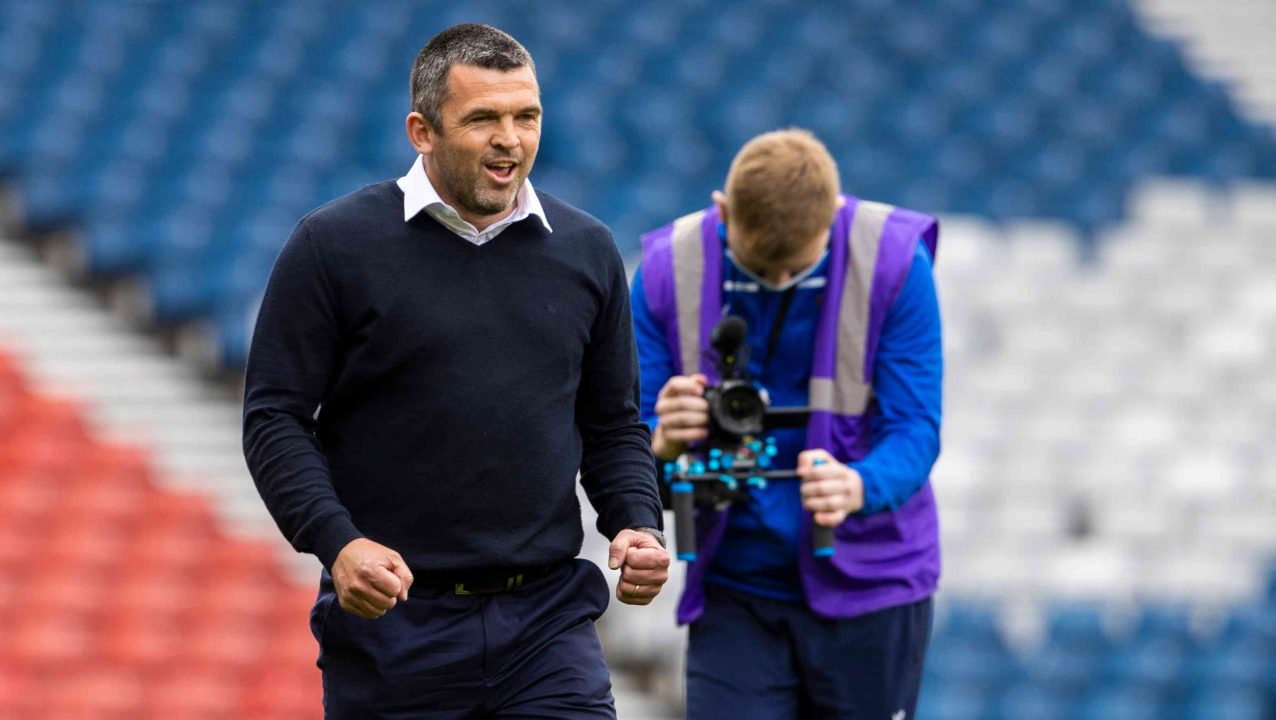 St Johnstone manager Callum Davidson applauded his players after they beat St Mirren 2-1 at Hampden – and said that reaching two cup finals in one season was “amazing”.

The Perth side won the League Cup against the odds earlier this season, and now face Hibs in the Scottish Cup final with a remarkable double on the line.

For Davidson, having enjoyed cup triumph and secured a top six finish in the Premiership in his first season as a manager, the success was down to his players.

St Johnstone’s build-up to the game was disrupted when two players tested positive for Covid and another two were forced to self-isolate. Given the circumstances, Davidson said he hadn’t thought ahead and considered what it might be like to win both trophies.

“I’m just delighted to get to two finals,” he said. “I haven’t really thought about it, to be honest. This week’s been pretty stressful.

“I haven’t really thought about the achievement, it’s more for me, that for a club like St Johnstone to get to two finals in one season is amazing.

“There are other teams that have done that but for a club like St Johnstone it’s a tremendous achievement.

“It’s all credit to the players. They just go about their business and are a great bunch to work with. They follow orders and do the right thing.

“I just hope we can make a little bit of history in a couple of weeks’ time.”

Davidson said that though they had followed strict procedures all season to try and avoid the virus, it was likely that they would be even more careful, lest any players miss the showpiece final. He said he had no idea how the outbreak had occured but that the club would work to identify the source.

“It just shows you that Covid is still about,” he said. “We’ve obviously been trying to stay to the very strict guidelines at the club – but it shows you how quickly the thing can spread without us really doing anything different to what we’ve done all season.

“We had to shut the place down after the results came in and training was disrupted. We’ve hardly trained this week.”

“But the players’ attitude was tremendous. They kept going and kept going.

“I’m just delighted for them.