Young linebacker who's set to take NFL by storm was brought up in Aberdeen. 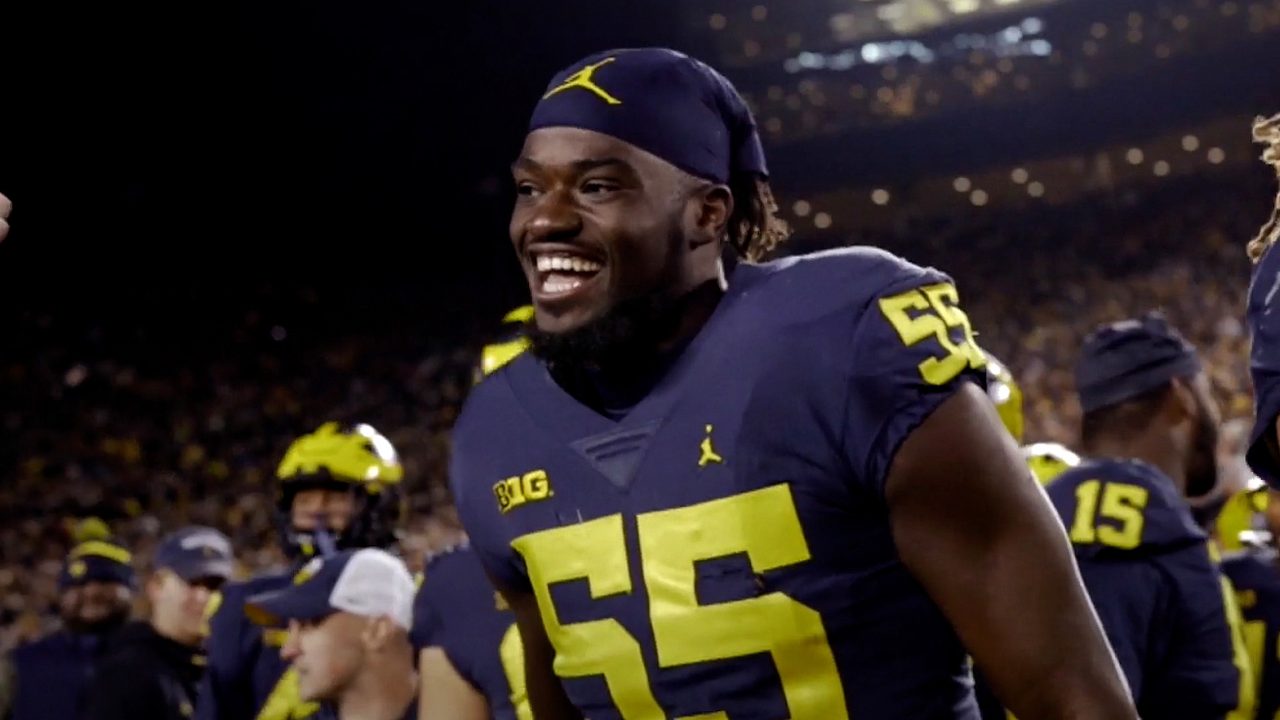 A 21-year-old Scot is set to be snapped up by one of the biggest teams in American football.

David Ojabo, from Aberdeen, took college football by storm this season, starring for Michigan in their run to the play-offs.

He has now been declared for the National Football League draft, which sees the best young prospects from across the States cherrypicked by elite teams.

After a record-breaking season, the linebacker is expected to earn a multi-million pound contract that will see him become one of Scotland’s highest-paid athletes.

“The dream is to move on to the NFL and just keep going higher and higher,” Ojabo told STV Sport.

“Everything is happening so quick… you’ve got to take it day by day though, or else you get caught up in it.”

Born in Nigeria, but brought up in Westhill, a 15-year-old Ojabo initially made the move to America to chase his dreams of playing basketball or football.

While it didn’t work out on the court or the pitch, his speed and power caught the eye of Michigan’s American football scouts.

Despite knowing little about the sport at that stage, he’s proven to be a quick learner.

Just four years after first putting on the shoulder pads, Ojabo has established himself as one of the best young defensive players in the country.

Ojabo said: “It’s just a sense of fulfilment, knowing how much I’ve sacrificed. I didn’t know what would come out of moving to America when I was 15.

“Everybody had their doubts, but it was a risk we took as a family and it’s a good feeling to see it paying off.”

Now attention turns to April’s draft, when Ojabo will find out which of the nation’s top teams he will join.

Some experts have tipped him to be one of the first ten players selected out of a pool of hundreds.