David Marshall: Confidence is growing in the Scotland squad

The goalkeeper believes results and emerging talent have help to raise belief. 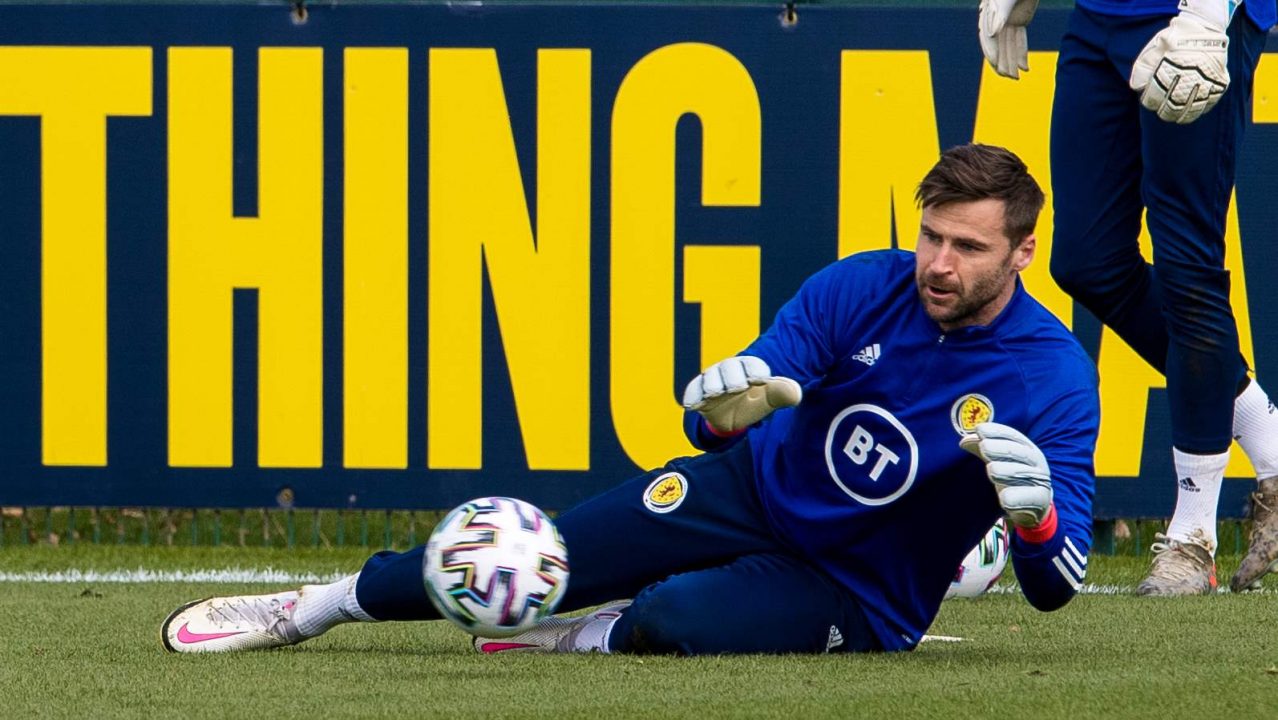 Scotland goalkeeper David Marshall believes there is a growing confidence within the squad that can help the team in their World Cup qualifiers.

The campaign to reach Qatar 2022 began on Thursday when Scotland came back twice from being a goal down to draw 2-2 with Austria at Hampden.

The team are now heading to Israel for their second group game before faceing Faroe Islands on Wednesday and Marshall believes the team can continue the progress made recently.

The goalkeeper became a national hero in the play-off final penalty shoot-out that sent Scotland to their first major finals since 1998 and he believes that achievement has helped the squad grow.

“When you’re winning games of football it’s easier to be confident,” he said. “We’ve had relative success recently so we should be confident.

“I thought we got to grips with the game the other night after the first 20 minutes or so, so we’ll be confident against Israel and it’s a game we’re confident we can win.

“The expectation has risen, of course it has, but it’s something we can’t control.

“Before we qualified, I was always saying that the group are playing at such a high level that I expected us to be challenging to qualify. Now that it’s happened, it’s great that it’s taken us to a new level and we can get that confidence and belief that we can go on and win.”

Marshall, who has 41 caps, was first involved with the national team back in 2004 but was out of the picture before Steve Clarke recalled him in 2019. He said that seeing a new crop of players who have had success in reaching the very top, such as Andy Robertson, John McGinn, Kieran Tierney and Scott McTominay, had helped lift the squad and also bolster the new found optimism and confidence in the group.

“When I came back into the squad a few years ago and when I’ve seen the young lads coming through I did feel as if it was going to be an exciting time,” he said.

“You’ve got the likes of Andy Robertson, who has had an exceptional few years. Kieran has gone down south and done really well, and Scott’s kicked on again, which we fully expected.

“There’s a lot of confidence and belief in the squad and these lads help to lift that.

“There’s strong competition for all the starting places now. I think in every team that’s doing well, every position is really up for grabs, especially with the Euros coming as well.

“There’s a lot of lads looking to make an impact. Obviously we’ve got Che in for his first campaign and he’s settled in really well. I’m sure everyone will be looking to make a mark tomorrow night.”

Scotland head coach Steve Clarke said he has no injury concerns ahead of facing Israel and will make a late decision on whether he needs to freshen the team up.

“I’ll sleep on it,” he said. “We’ve got a long flight out there and we’ll see how they wake up in the morning. There might still be one or two wee knocks or niggles from the other night but they’ll all be fit for kick-off. We’ll see how they are and gauge it from there.

“There’s times you don’t look too far ahead.

“There’s always a case for keeping the same and learning about each other and working with each other, and there’s also the case where you might need one or two fresh legs in the team.

“Obviously defensively the more they play together the better the relationship and understanding. The same applies through the team where you’re looking for continuity and consistency but you know you have to freshen the team at certain times.

“That’s the balancing act you have to get right.”