Mick Kennedy said he always had belief his side could stun Aberdeen. 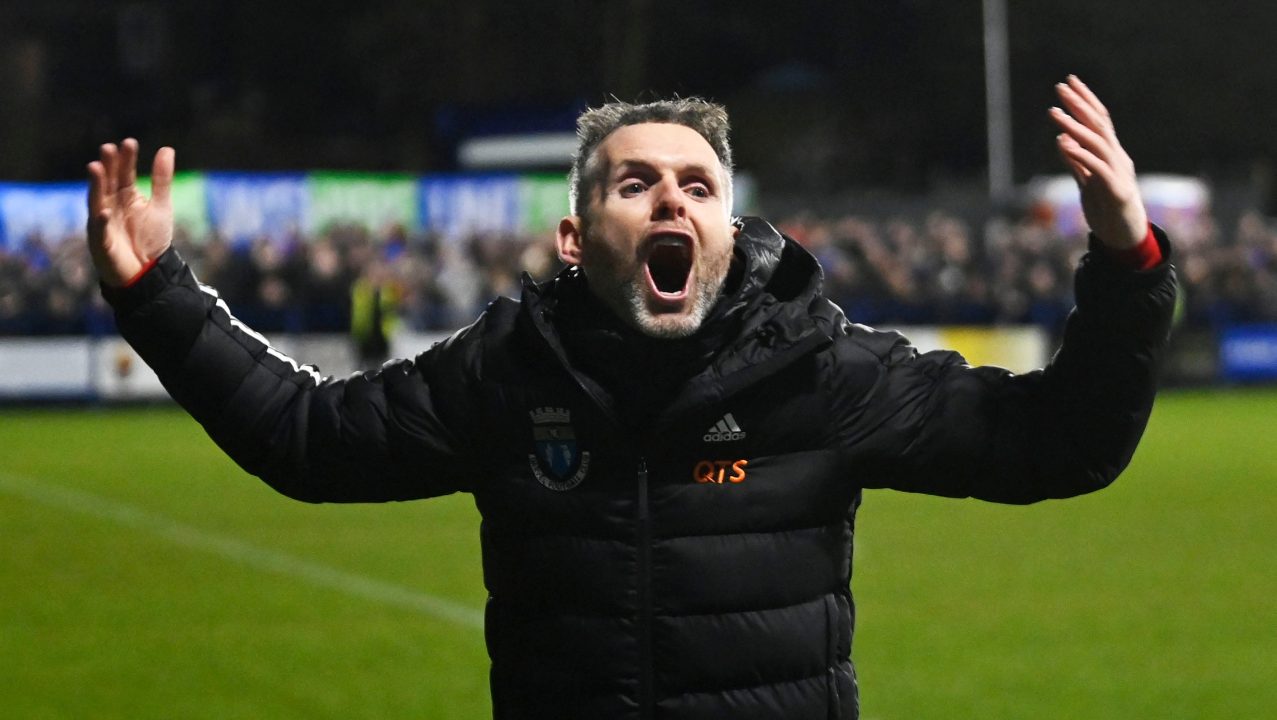 Darvel boss Mick Kennedy praised his players for their belief and effort after they recorded one of the biggest cup upsets in Scottish history by defeating Aberdeen.

Jordan Kirkpatrick’s first half goal gave the sixth-tier side the lead against their Premiership opposition and despite a second-half push from the Dons, Darvel saw the game out to march into the last 16 of the competition.

The giant-killing feat was instantly recognised as one of the biggest results in the famous competition’s history, and Kennedy was proud of his team.

“It’s a remarkable achievement,” Kennedy said. “And fair credit to the lads, I think all week we’ve been driving that message of having belief in themselves and as a collective group and when you believe in yourself and you’ve got real togetherness then anything’s achievable.

“I told them that tonight in my team talk and everything just came to plan, it was a perfect evening.”

Kennedy had instructed his players to stick to their own game and not take an all-defensive approach against a side who were competing in the Viaplay Cup semi-finals at Hampden just over a week ago. He said that the approach had brought rewards and that Darvel had been good to watch in a tough tie.

He said: “We rode our luck at times and the keeper pulled off a couple of really good saves but I thought the spells when we had legs and energy in our side we played some fantastic football.

“A real credit to the ethos and philosophy we try and build through the club, the way we play every week.

“I didn’t want to change anything going into the game even though we respected Aberdeen’s status with the football in this country. I thought to a man the players were outstanding.”

The manager feels the result will eclipse some of the shocks of the past to be seen as the competition’s most noteworthy upset and says it will remain with the players for a long time to come.

“I think this is probably the biggest ever shock,” Kennedy said. “And what a moment for the guys in their careers. They are a special group of players in there and they’ve got a remarkable bond and I’ve no doubt as they move through their life, this is something to look back on as fond memories. History makers.”