Andy Robertson says the Scotland squad 'felt the love' from the nation during Euro 2020. 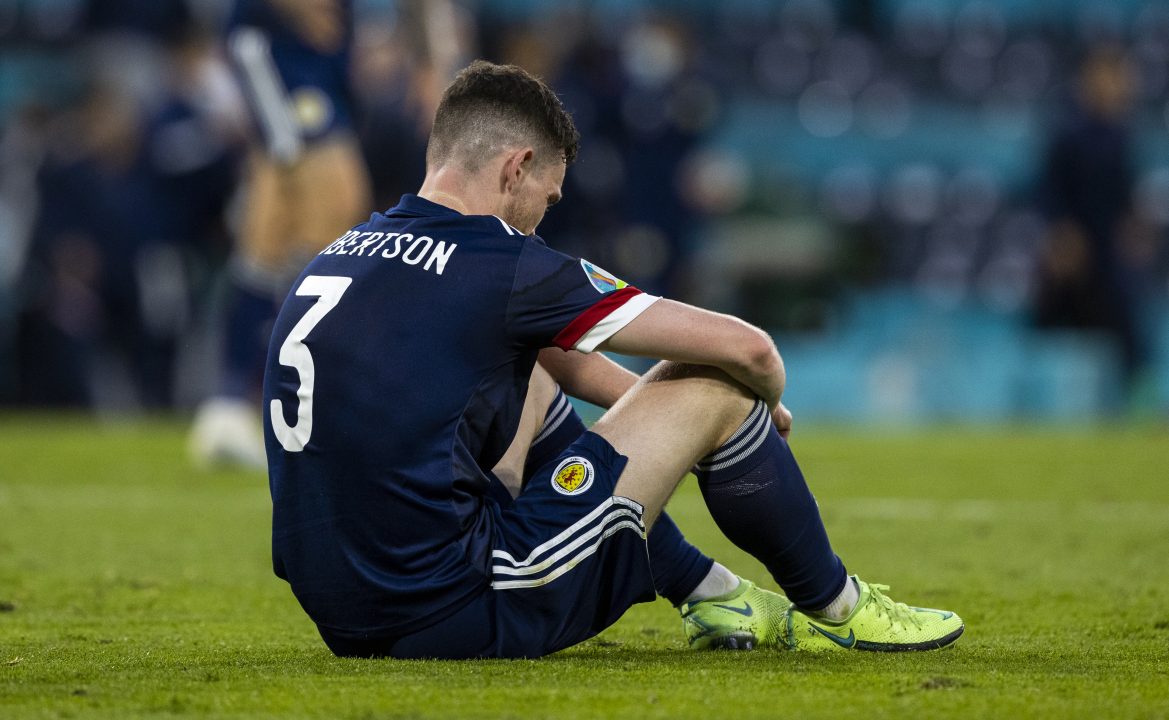 Scotland captain Andy Robertson believes Croatia proved they’re one of the world’s best teams in their Euro 2020 win at Hampden.

The Liverpool full-back led Scotland to their first men’s tournament in over two decades, but they were knocked out in the group stages, having also lost to Czech Republic and drawn with England.

Tuesday’s 3-1 defeat to Croatia left them at the bottom of Group D with only one point and one goal from the three games.

Robertson said: “It’s obviously massively disappointing, Croatia showed why they got to a World Cup final and they showed their experience tonight.

“When we got back to 1-1 we had them for the next five minutes and half-time came at a bad time for us.

“Then in the second-half they showed their experience, we had a couple of chances but didn’t put them under too much pressure and obviously they have quality players.

“Modric just ran the game and scored a wonderful goal and unfortunately that’s why we fell short.”

Despite the deflating Hampden defeat, Robertson said he was proud of the squad and proud to captain his country.

He said: “I am so proud of all the players, so proud to be the captain of this country, the last couple of weeks has been an absolute honour, we have felt the love from the whole country and I really hope that continues.

“I know we have disappointed them and fallen short, but the love we have felt from the nation has been special and we hope that can continue.

“We are one of the newbies to this – it has been 23 years and been a long time coming so all of us will gain experience from it, even the older boys, we have all learned in this.”

Robertson, who has won the Champions League and English Premier League with Liverpool, believes the current squad can reach the 2022 World Cup in Qatar.

He said: “We are a squad that still has a lot of potential, we are still relatively new to this, there is not a lot of caps between us and it is important we build on that and important we don’t take this as a peak for this squad.

“We are a good team on our day and we now need to focus on September when we need to try and qualify for another tournament.”