Croatia's 4-1 victory means Canada will exit at the end of the group stage. 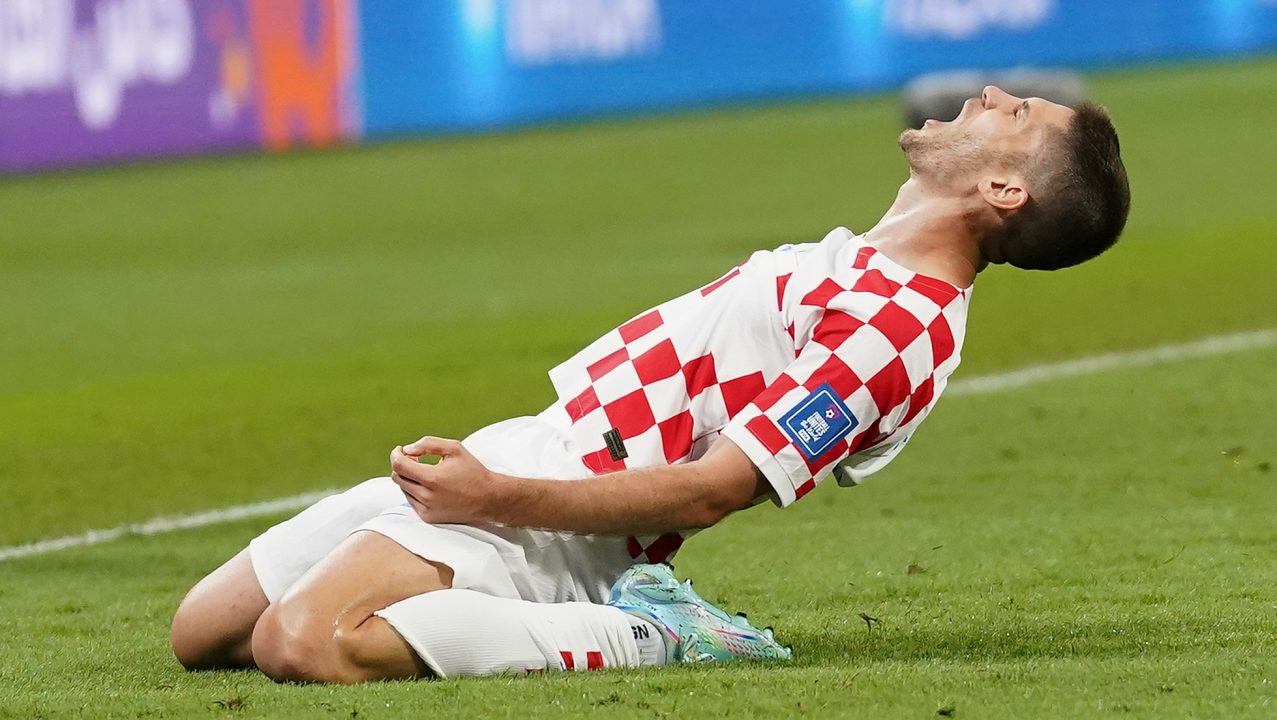 Andrej Kramaric struck twice as Croatia flexed their muscles to end Canada’s World Cup adventure with a game to spare.

The Hoffenheim striker scored either side of Marko Livaja’s finish as the beaten finalists in 2018 came from behind to win 4-1 after Alphonso Davies had given John Herdman’s side a second-minute lead.

It was no more than Croatia, who completed the scoring through substitute Lovro Majer, deserved after working their way back into the game following a disjointed start at the Khalifa International Stadium.

They now top Group F on goal difference from Morocco, who had earlier stunned Belgium to reach four points, ahead of a mouth-watering showdown with Roberto Martinez’s men on Thursday.

Canada kicked off still awaiting their first goal at a men’s World Cup finals tournament, although they had to wait less than two minutes to address that situation.

Tajon Buchanan was allowed time and space down the right and Davies, who missed a penalty in his side’s 1-0 defeat by Belgium, met his teasing cross with a firm downward header to beat keeper Dominik Livakovic and get his side off to the perfect start.

Kramaric thought he had levelled four minutes later only for an offside flag to ruin his celebrations, but Zlatko Dalic’s team turned the screw as the half wore on with Canada keeper Milan Borjan having to save from Livaja 11 minutes before the break with the impressive Mateo Kovacic the provider.

However, Kramaric was not to be denied and he made it 1-1 two minutes later with a neat finish from a tight angle from Ivan Perisic’s reverse pass, and Croatia were in front with a minute of the half remaining after Livaja blasted past Borjan from 20 yards.

Half-time substitute Jonathan Osorio fired inches wide from distance within four minutes of his introduction as Canada sought a way back into the game, but they would have been further behind had Borjan not repelled Kramaric’s strike from Luka Modric’s 54th-minute pull-back.

But there was nothing Borjan or anyone else could do to deny Kramaric his second of the night 20 minutes from time when he curled a left-foot shot inside the post to put the result beyond doubt.

Borjan produced a fine double save to keep out Perisic and Marcelo Brozovic, but was left hopelessly exposed by Kamal Miller’s slip as Mislav Orsic set up fellow substitute Majer to finish the job.