Conway: Saints will celebrate cup success whatever way they can 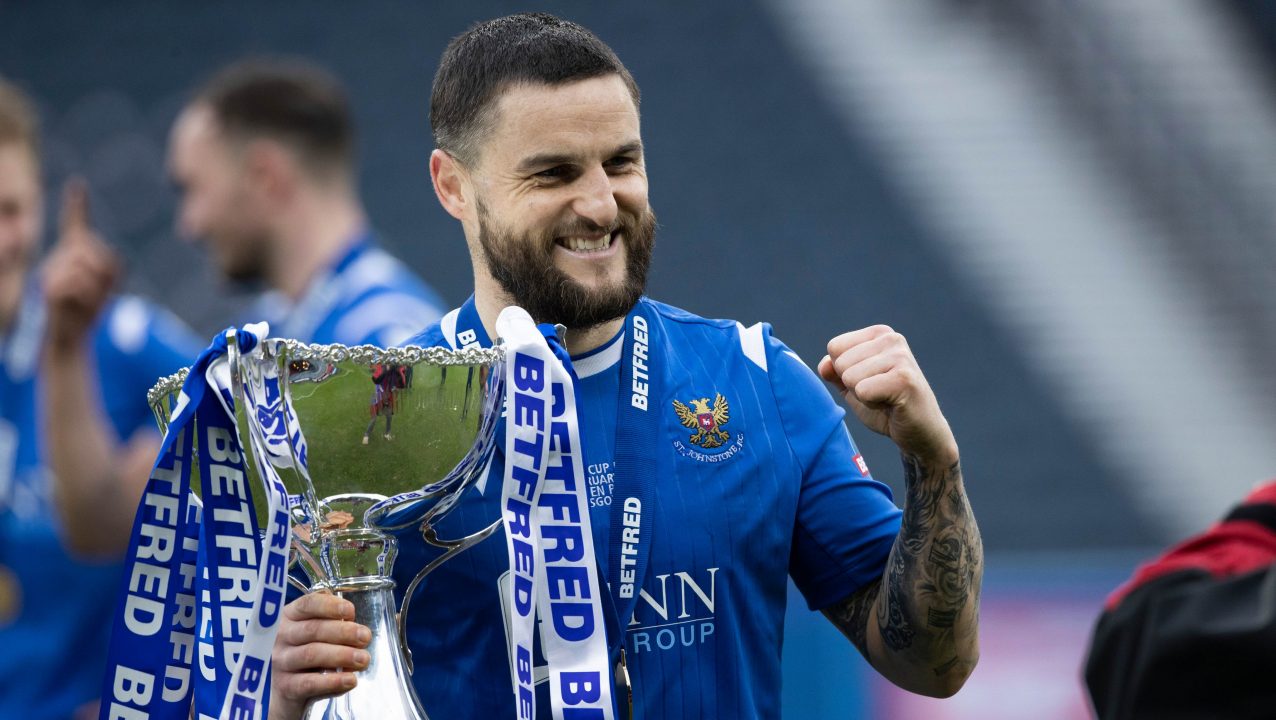 St Johnstone winger Craig Conway vowed to enjoy their Betfred Cup triumph as much as possible despite the “weird” experience of receiving the trophy in an empty stadium.

Conway set up Shaun Rooney’s headed winner in a 1-0 victory over Livingston to help Saints to their second major trophy.

The 35-year-old netted twice for Dundee United in their 2010 Scottish Cup final triumph when almost 30,000 Tannadice fans descended on Hampden, and Conway could only imagine how Saints fans were enjoying their day at home.

“I’d be lying if I said it wasn’t different, especially at the end when you have won it and you’re receiving the cup and the medals,” said Conway, who has also won promotions with Cardiff and Blackburn.

“I have experienced both Covid-free and Covid, so it was strange. But it still means the same and it’s still written the history books.

“The lads are buzzing, it’s the same feeling as players to achieve something like that and I’m sure there’s a lot of happy people back in Perth.”

Saints players celebrated on the pitch and back in the dressing room but they were quickly heading home, with the lockdown restrictions compounded by the need to prepare for a midweek league game at Hamilton.

“There’s not really much you can do, to be honest,” Conway said when quizzed on their celebrations. “We have got a game on Wednesday. I’m not going to sit here and say we are going to be completely professional.

“These things don’t come along often and I have been through it my career. You look back at these times and these are the things you remember.

“In normal circumstances we would probably be going to a party or an open-top bus. That’s not going to happen but I think the lads will celebrate it in their own way, and rightly so.

“I look back and remember the times when you achieve something great and it means so much to the people and the town or city you are playing for.

“I have been here since the start of the season and I have not even seen one St Johnstone fan. It is strange.

“I don’t think anyone will forget it in a hurry because it is so different, so weird.

“I was obviously here in 2010 when you have thousands and thousands of fans cheering you on and celebrating at the end.

“It is a little bit of an anti-climax but it still means the same and I know there’s going to be a lot of people in Perth happy and celebrating in their house.”